The “Mutant Massacre” was the first line-wide X-event.  It tied through all the issues above. 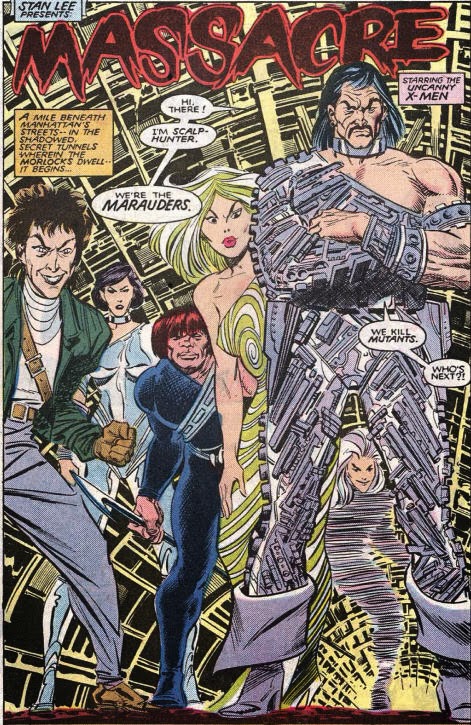 It started with Mister Sinister ordering his Marauders to murder the mutants in the underground community known as the Morlocks, who live in the sewers of New York City.

Actually, it starts with Rogue getting some new duds. In the pages of X-Factor, Jean Grey now knows Cyclops is married and she’s starting to get something going with Angel. The X-Men and X-Factor teams both try to stop the massacre. 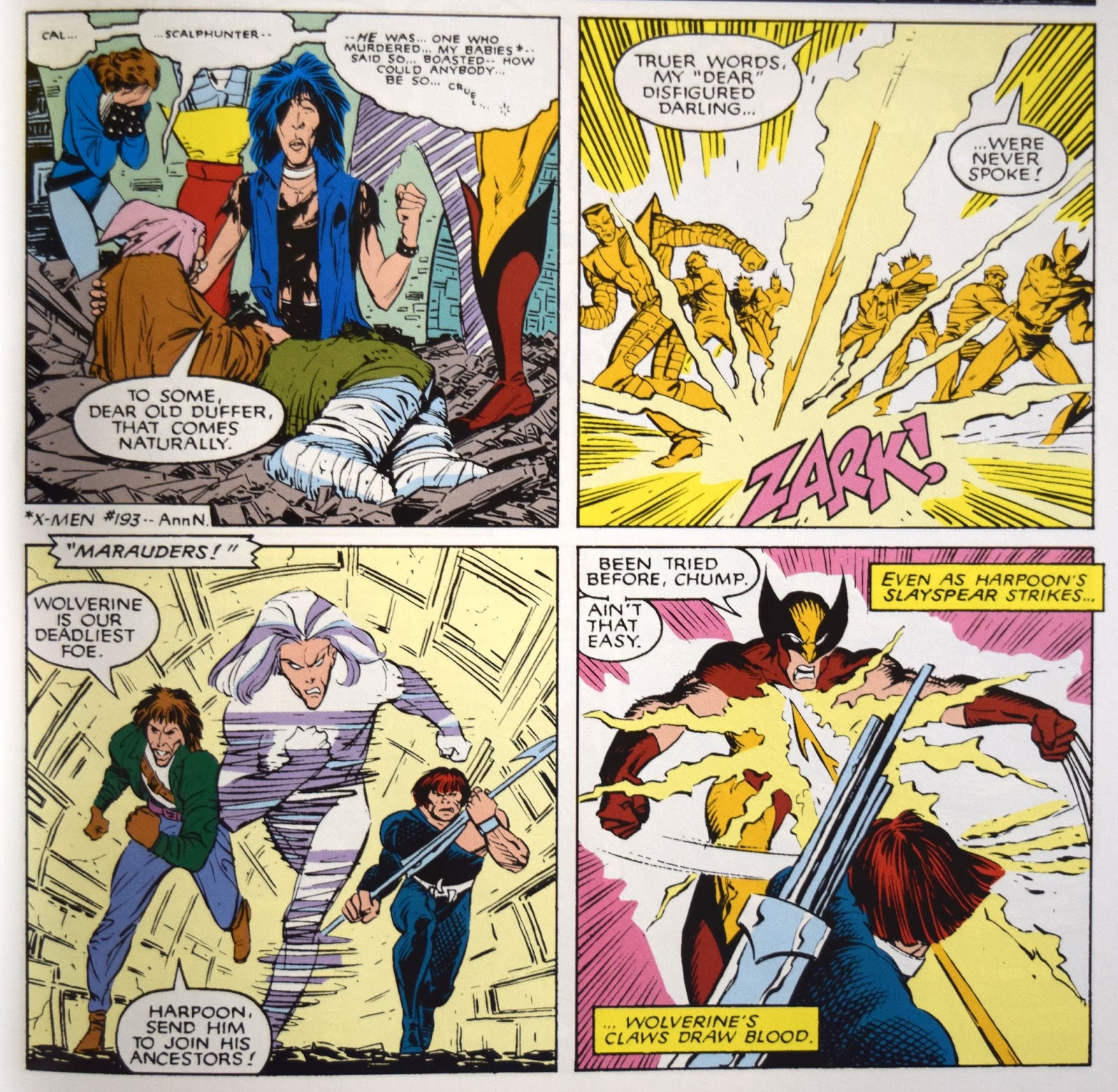 But literally hundreds of Morlocks are slain.  And Angel gets crucified. 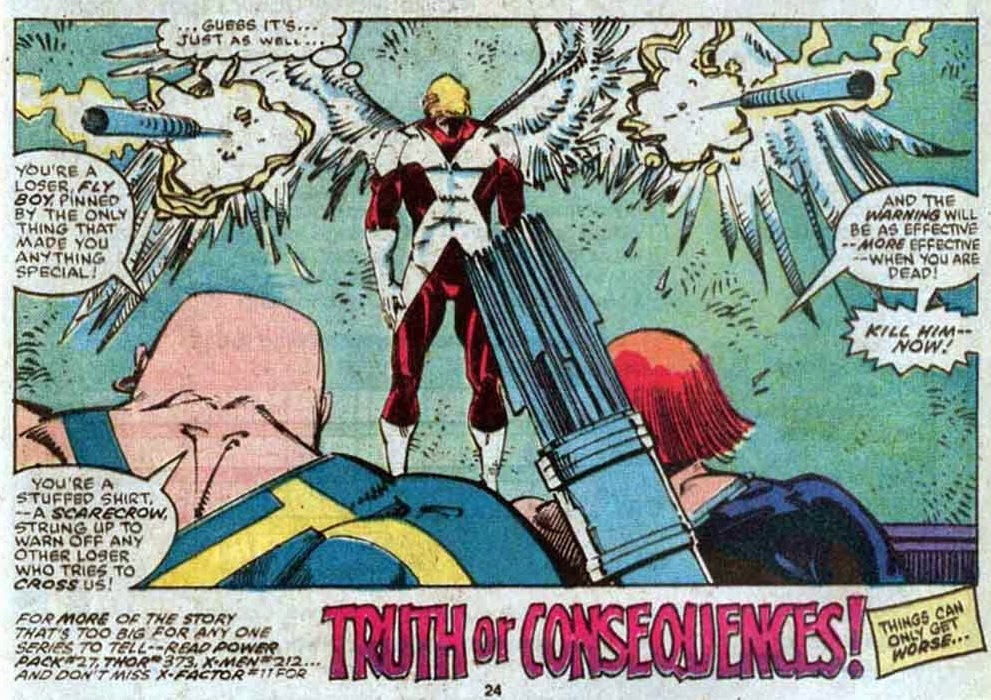 His wings are so damaged that, eventually, he’ll have to have them amputated.  Colossus gets so mad he kills a Marauder. Power Pack and Thor show up to assist… 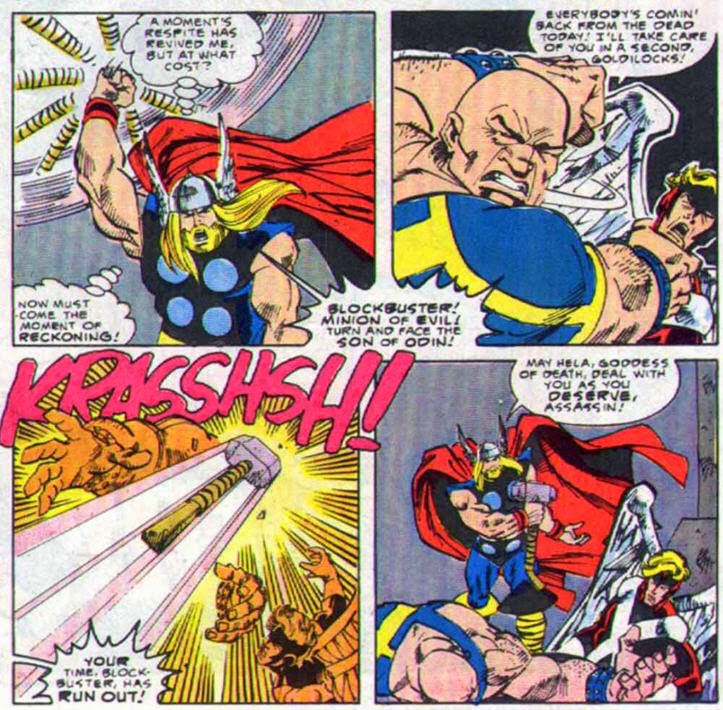 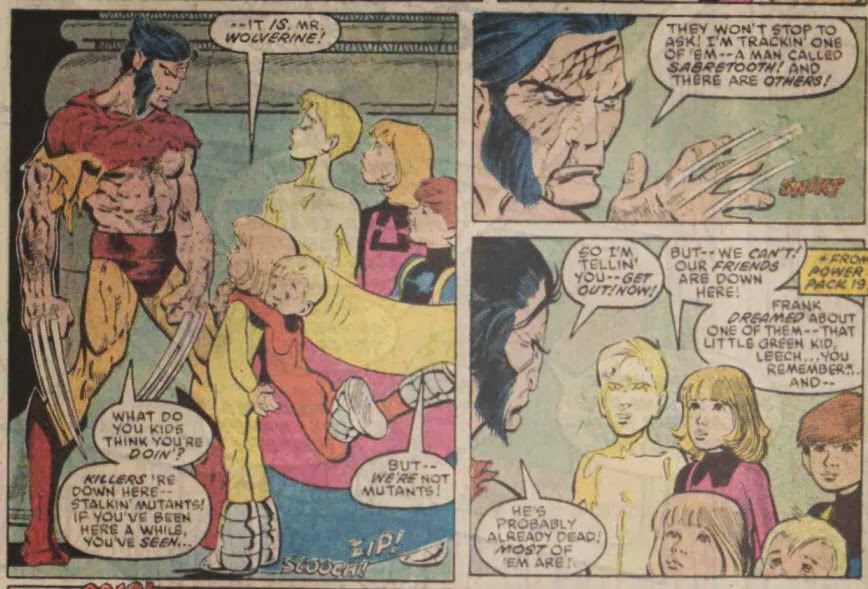 …which is pretty much all that prevents the wholesale slaughter of the entire X-Factor team.

Sabretooth, who is part of the Marauders, has a brief battle with Daredevil.  It’s actually a pretty solid issue of DD, and you have to admire Ann Nocenti for writing a tie-in book as one of the early issues of her run on Daredevil. And her tie-in wasn’t even identified on the “event map” at the top of this post!

After that, Sabretooth then tracks Wolverine back to the X-Mansion and during the fight we see Elizabeth Braddock is now living at the mansion and going under the moniker Psylocke. 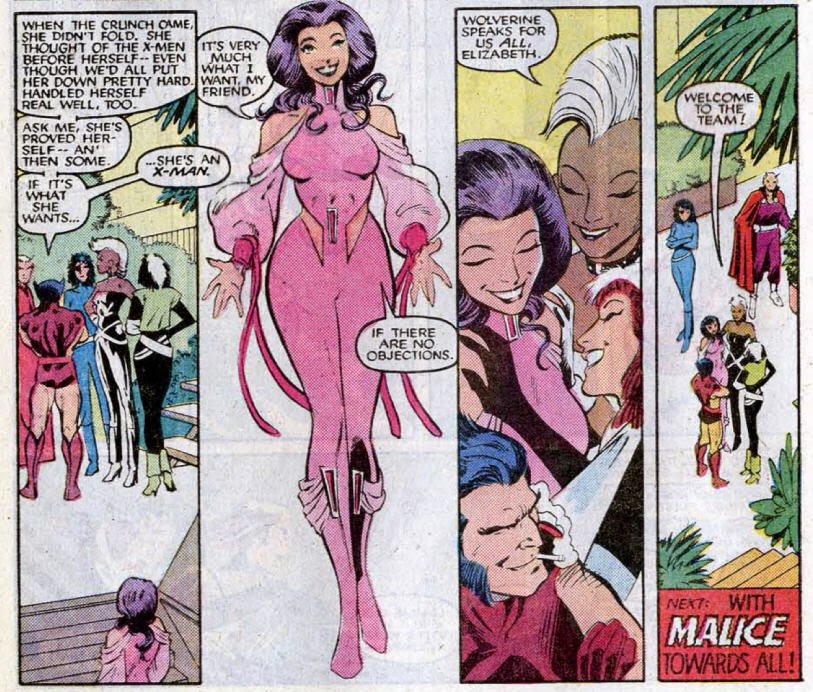 It’s the first time we see her with that name. 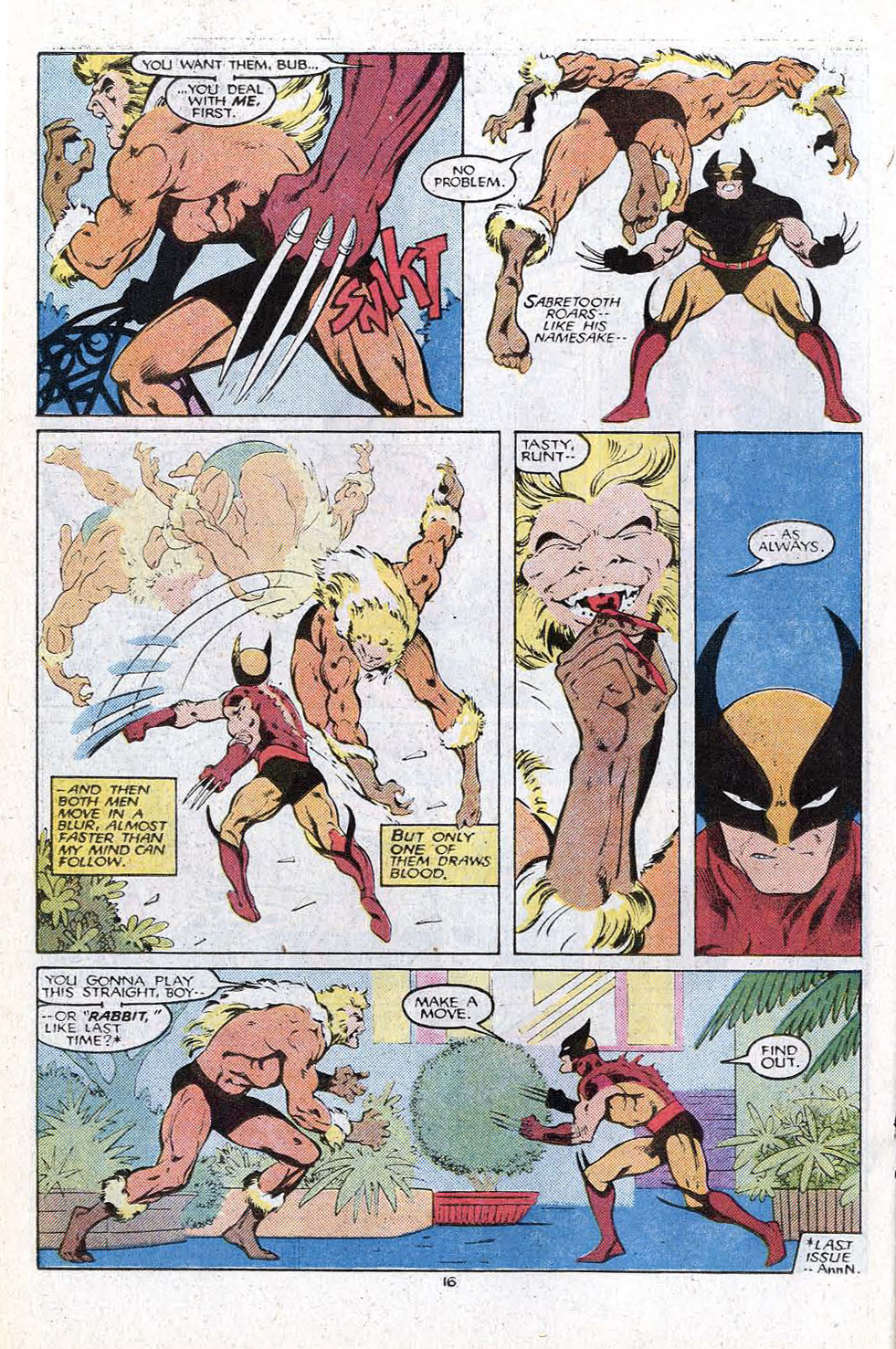 We get a nice culminating Sabretooth vs. Wolverine battle. There’s a lot more that goes on here, but that’s the gist of it.  It will turn out to be quite significant, changing the lives of many of the folks involved.