When we last saw Cloak and Dagger, it was a cliffhanger last panel… Jester thinks that Cloak and Dagger are villains and tries to recruit them for an Act of Vengeance against The Avengers.  Jester’s team already includes a Hulk robot given to him by Dr. Doom, Hydroman, Baron Strucker’s kids (known as the Fenris twins), and Rock. 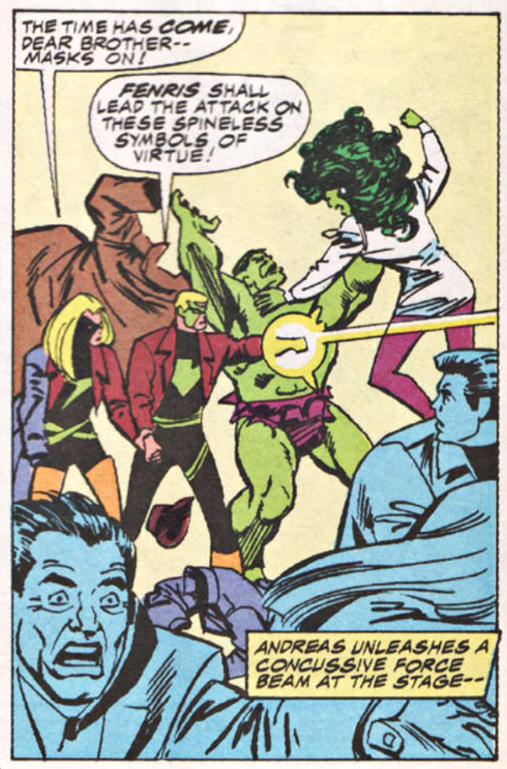 It’s a ragtag bunch, to be sure. 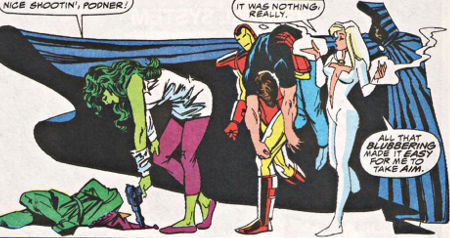 Cloak and Dagger decide to go undercover and play along.  There’s a big fight and, obviously, Jester’s team is defeated.

It’s a pretty fun fight though.

Jester’s tactics remind me a lot of Joker, only Jester’s incompetent whereas Joker is sinister AF.
Another fun A of V entry.

The last page is a preview of next issue, and has Pat and Vanna.

Creators: Terry Austin, Mike Vosburg
Grade: C+.  This comic is usually beyond bad, but this issue is better than average.  It’s unusual that an event tie-in is BETTER than a “regular” issue, but that is what happened here.