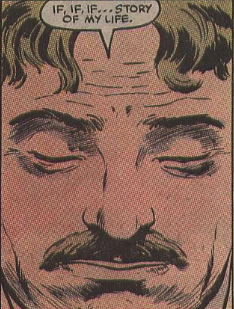 After being unfaithful to him with Micah Synn, Foggy’s wife wants to move back in.  Come on, Foggy, grow a spine.  You’re better than that. 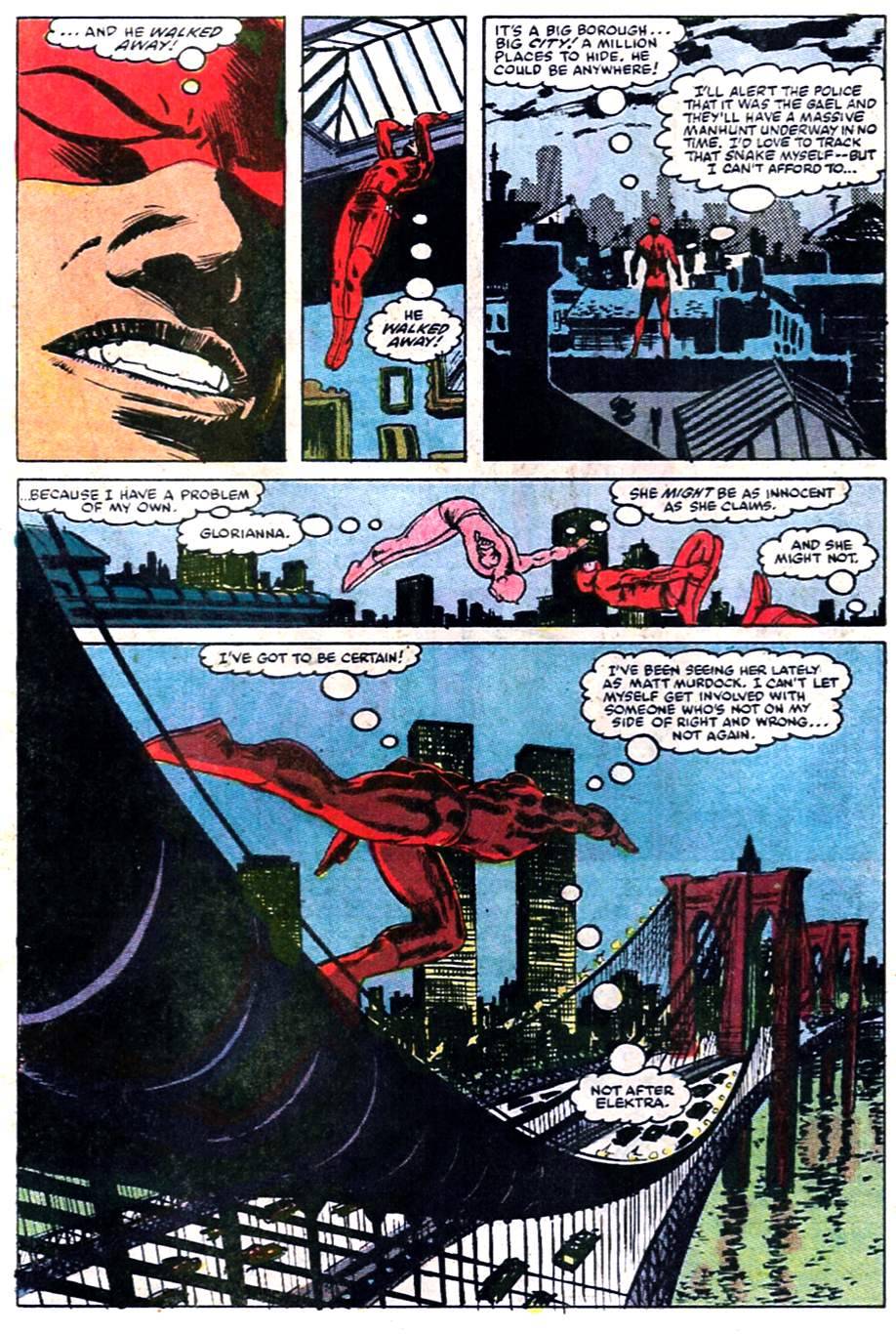 I think Denny O’Neil’s run is vastly underrated, and Mazzucchelli’s art is, of course, stupendous.  Micah Synn is an terrific villain.  He’s like Kingpin, in that he manages to get all of society to support him even though he’s a savage criminal, but he’s also easily as physically powerful as Daredevil–he’s basically Ka-Zar with a criminal mind. But Micah is dead of course, so these issues aren’t about him–just the fallout from his big story arc.

No, these stories involve The Gael, an IRA assassin who actually puts a steam iron on his own face just to get injured so he can escape from prison.  That’s some hardcore stuff there.

Black Widow shows up at the end, so we get a beautiful Barry Windsor Smith cover. 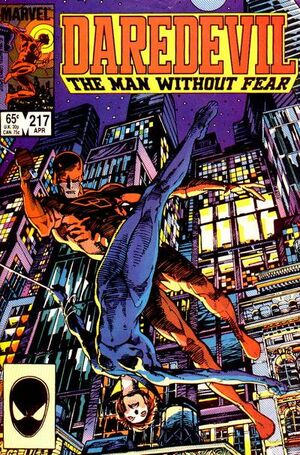 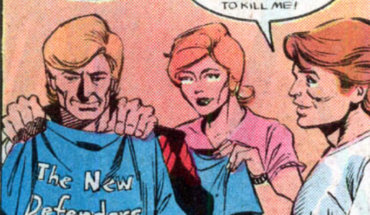