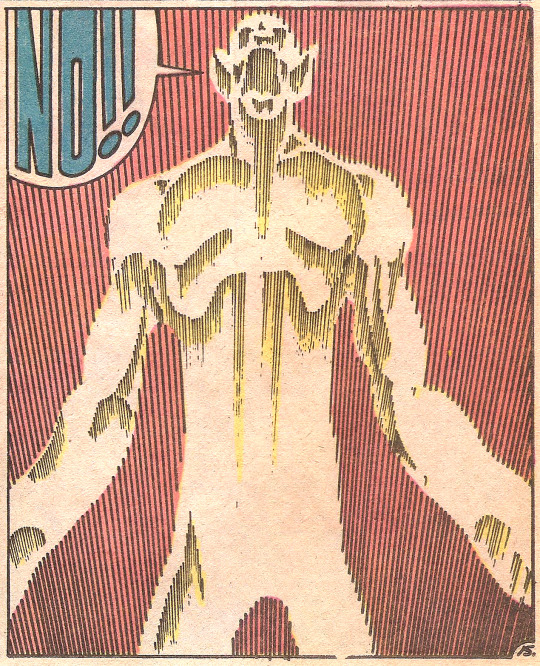 The Alphans meet Super Skrull.  Or, one of them does. 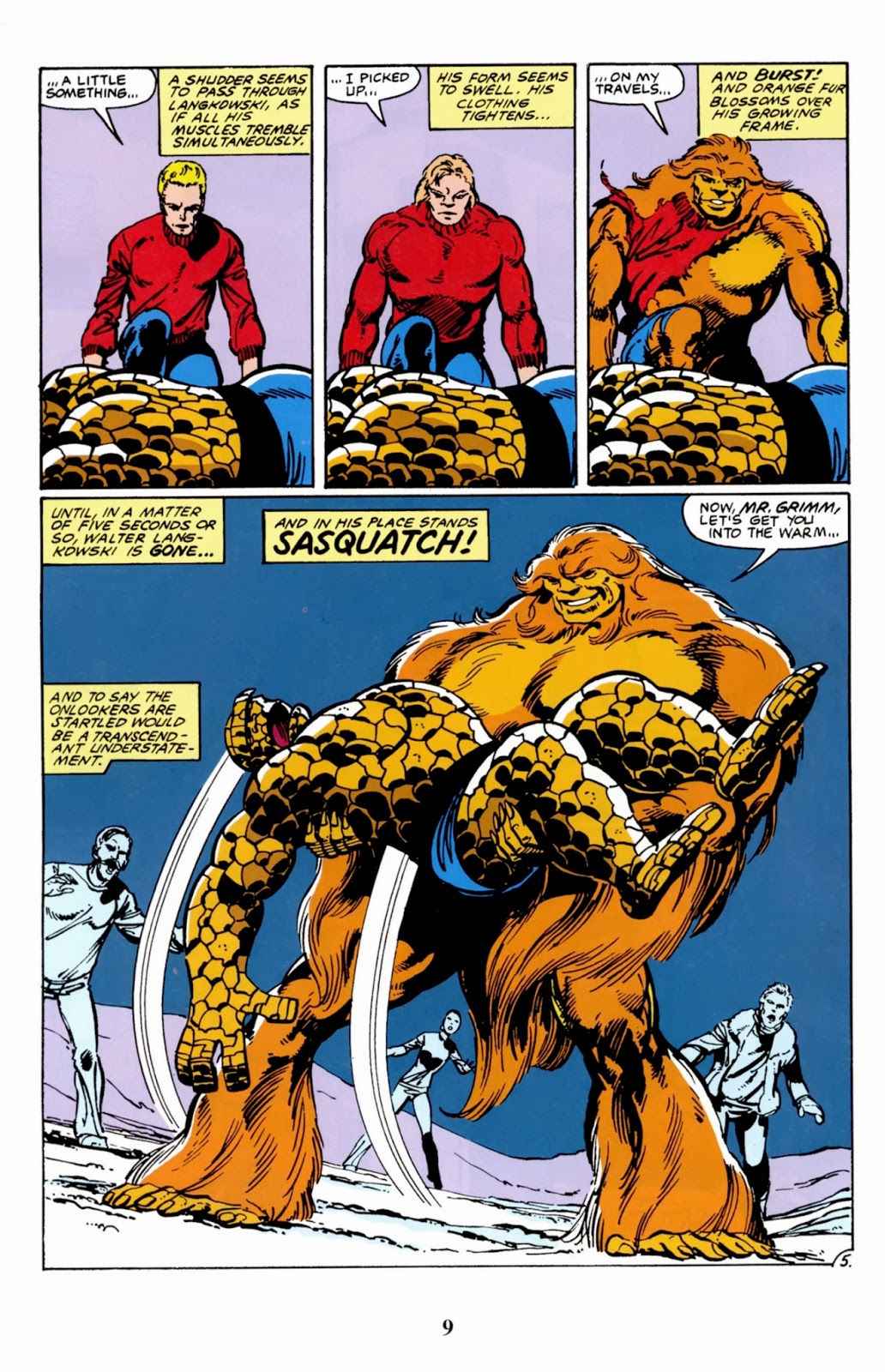 Continuing with his theme of giving each member a pretty much standalone story, John Byrne puts the spotlight on Sasquatch.

Dr. Walter Langkowski (Sasquatch in his “human” form) is investigating scientific anomalies in the frozen, northernmost parts of Canada, when Thing mysteriously appears, unconscious, at his lab site. It turns out not to be Thing.  It’s Super Skrull.  And by the end of the story, Sasquatch kills him.
I should also note that at one point, Sasquatch goes into a blinding rage.  Over the next dozen-plus issues, it will become clear that Sasquatch, like the Hulk he is modeled on, has rage issues—only it will turn out that he is connected to a spirit demon called Tanaraq, and, eventually, he will directly cross-over into the Hulk story as a result of the Tanaraq storyline. 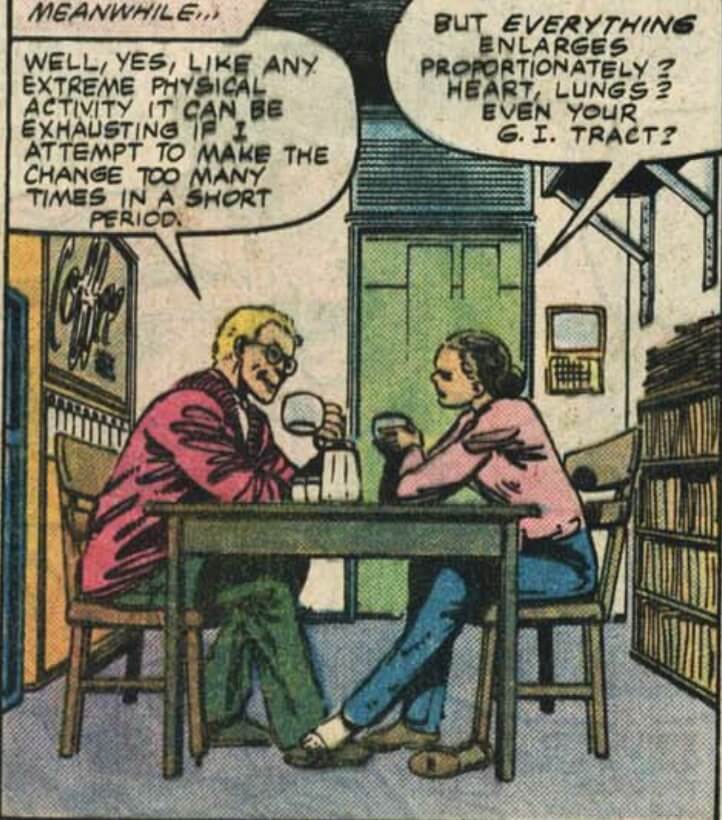 Side note: At one point, Dr. Langkowski is flirting with a female scientist, who asks him whether, when he transforms into Sasquatch, “EVERYTHING enlarges proportionately?”  He doesn’t answer (they’re interrupted), but that’s obviously something all the readers wanted to know, too.  I like the subtle touches Byrne puts on this scene: Walter smiling slyly, her cocked head, their feet touching under the table (and she’s even removed her shoe)…Nice panel.