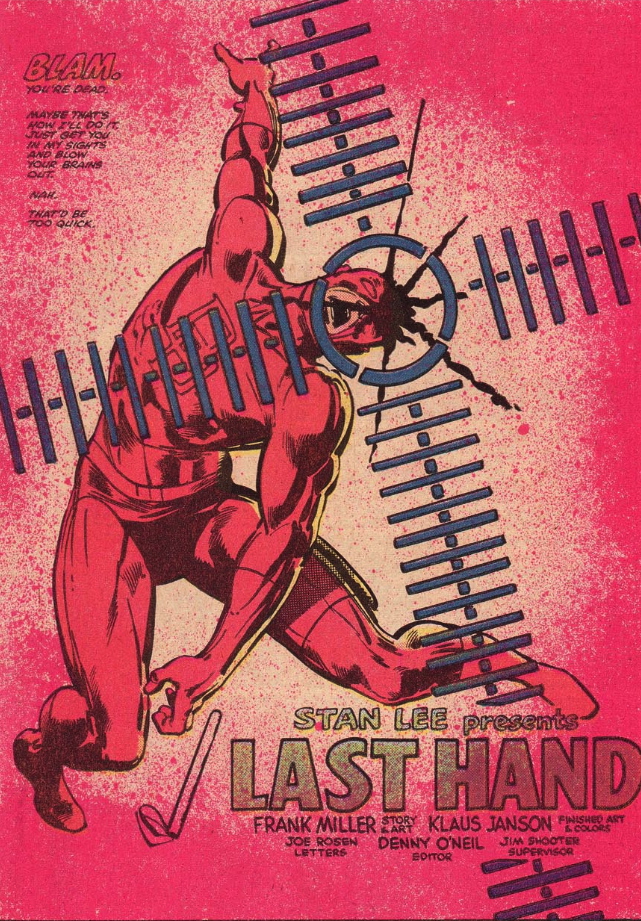 This issue, one of the single greatest comics of all time, starts with a parallel between Daredevil working out alone and Bullseye, in prison, doing the same.  We see that Bullseye is now a drug addict, due to pain from his last battle with Daredevil.  This little fact becomes important, as Bullseye later uses an unswallowed pill as a weapon to kill a guard and escape. 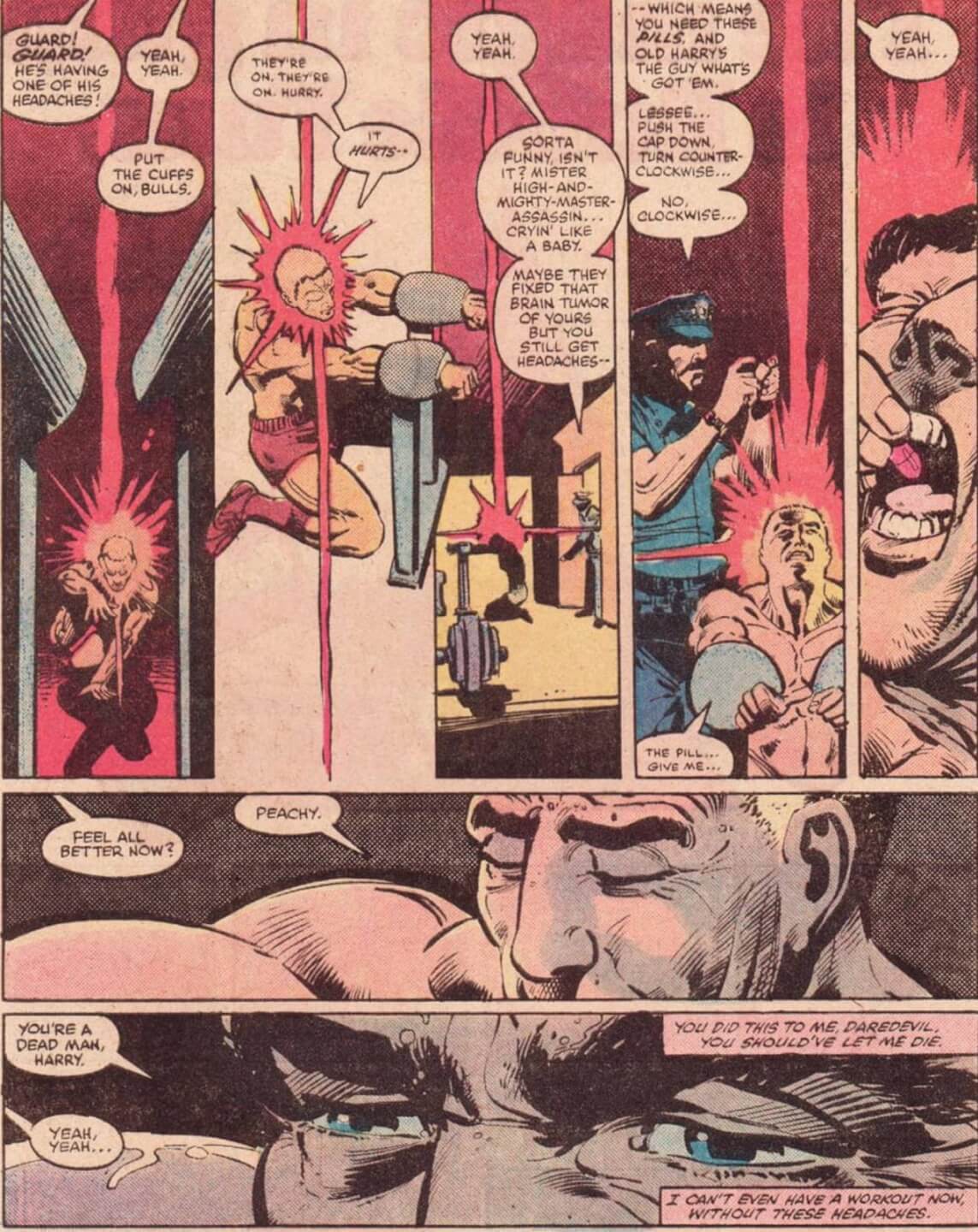 Bullseye is now fully transformed from the corny guy who made giant crossbow deathtraps into a maniacal killing machine.

While in prison, Bullseye has a conversation with Punisher, who tells him that Kingpin is using Elektra now and will never help Bullseye get out of prison.  Thus Punisher, too, is transformed from the weird go-go boot wearing guy who rarely actually kills people into a vigilante who torments criminals even from behind bars. 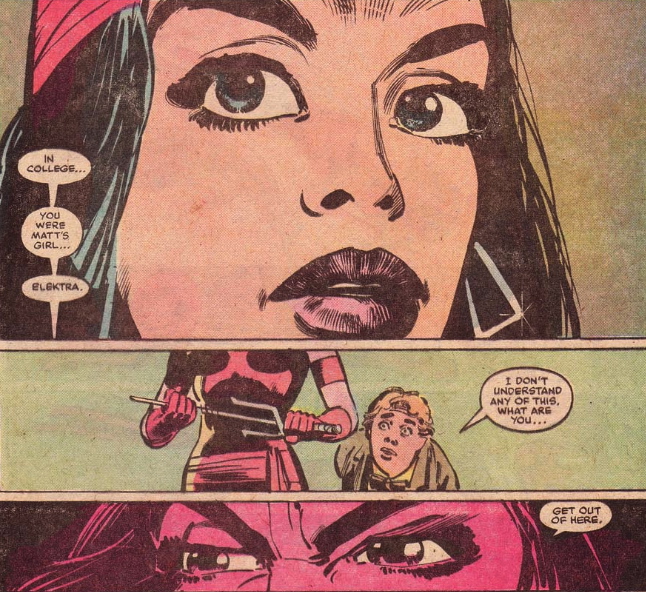 Bullseye figures out Matt is Daredevil,

And, of course, there’s one of the most iconic images from one of the most memorable comic book deaths of all time…Even if she didn’t even stay dead for a year…Followed by the iconic “revenge” panel in which Bullseye would rather die than be saved by DD.  Some folks will tell you DD dropped Bullseye on purpose–for revenge–but that’s clearly not what happened.  Bullseye was about to stab Daredevil, so DD had to release him. 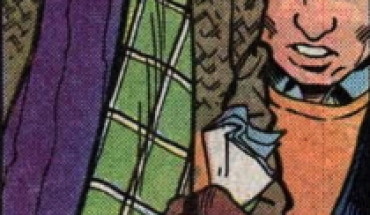