Yes, the micromini.  Reed sees his wife in it, and wants to engage in “horseplay.”

And speaking of romance, Johnny gets into a street fight to protect Crystal’s honor, but she’s got powers of her own and ain’t havin’ none of his machismo.

This time, Mad Thinker messes it up and Thing goes ballistic. 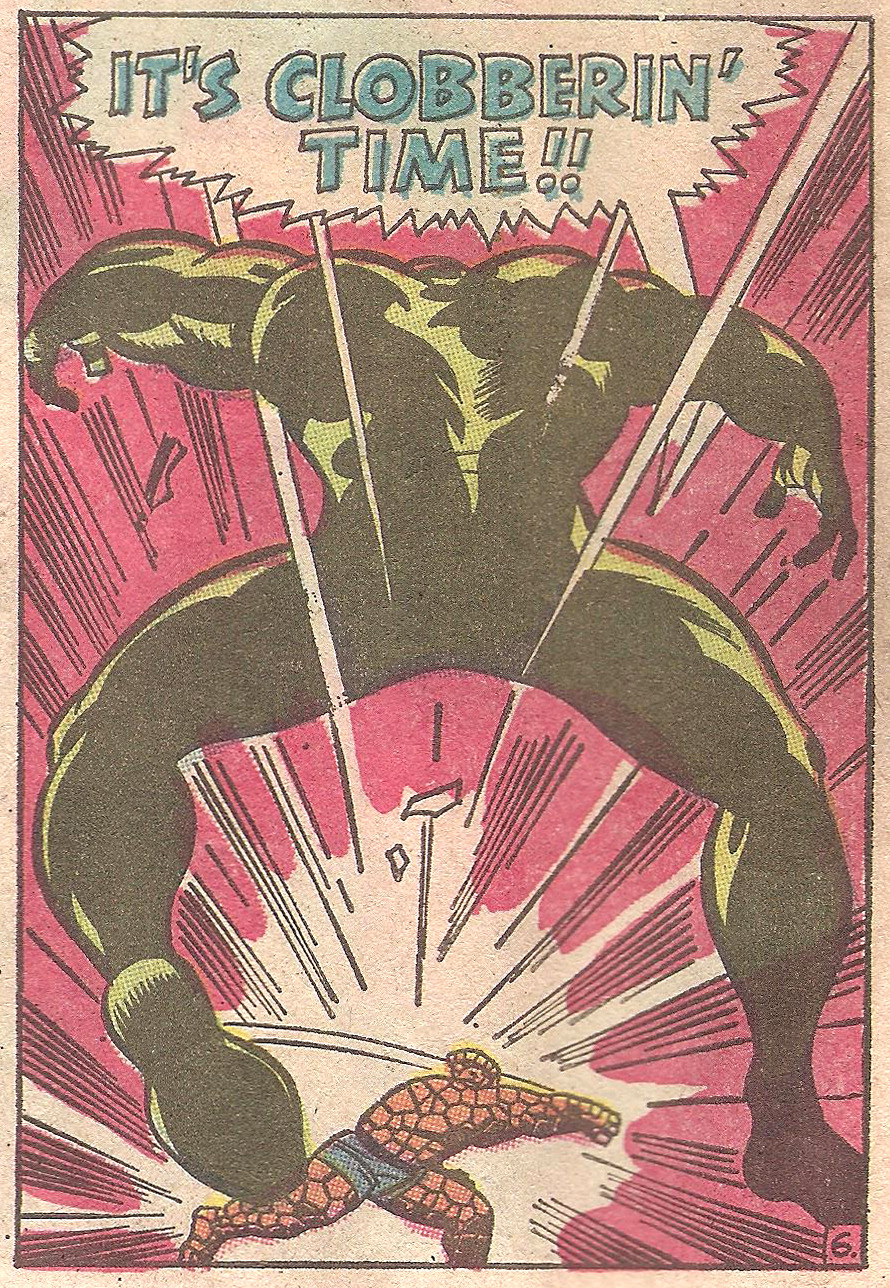 In this panel, Thing falls out the window and Reed catches him.

I like the way he loops his arm around there.  Kinda cool.

Decades later, Reed does the same thing to catch Prince Namor.  Jack Kirby’s influence is never really outgrown, is it?

In this issue, Mad Thinker has a new, powerful android named Scavenger.  He’s powerful, but he’s not awesome. 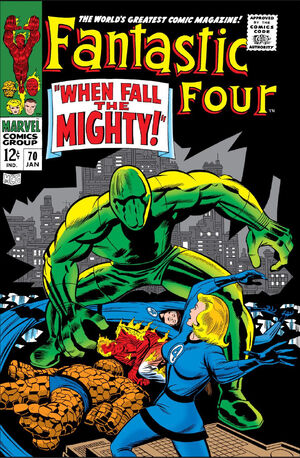 Reed traps it in the Negative Zone when the team is unable to destroy it.  No wonder Annihilus hates us.  Reed keeps throwing dangerous garbage through the portal.

Finally, at the end of it all, we get to see Reed in a rare moment of ass kicking…It’s great fight sequences like this that really make me love Jack Kirby.

Actually, that isn’t the end.  The true end of the story is where Reed announces that Sue is pregnant and therefore he can’t keep going in the Fantastic Four.

So, they go their separate ways.  But don’t worry, it doesn’t last long.

Overall, this is kind of the same-old same-old for the team.  Stan Lee seems to be running out of ideas here, two thirds through his run with the team.  It makes sense, seeing as how he was churning out so many comics a month at the time…And you can’t fault his overall track record.