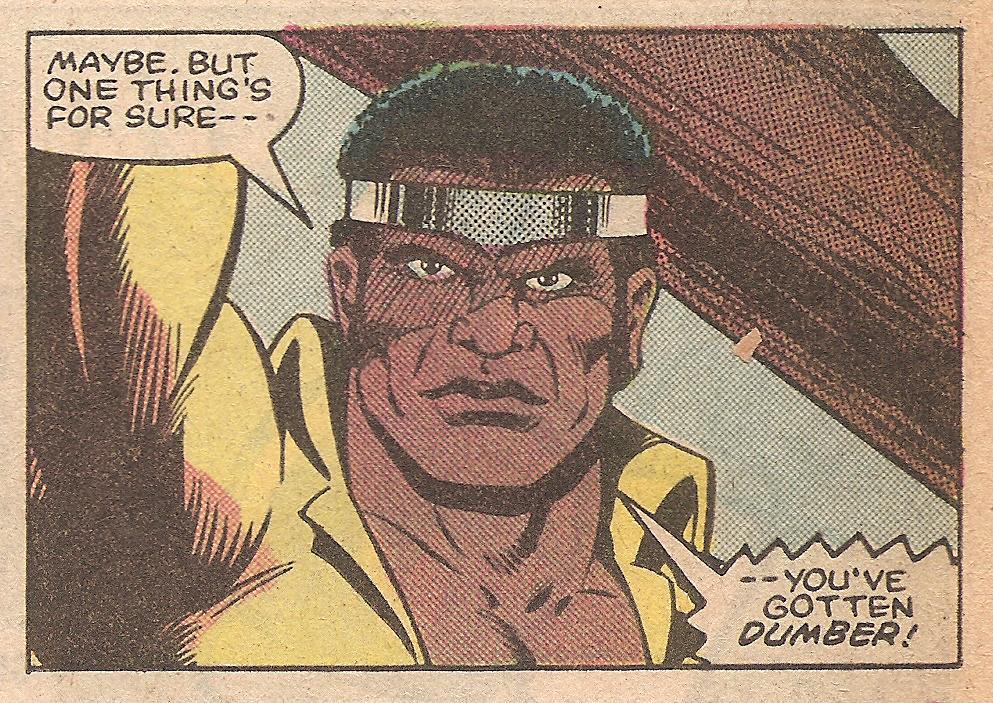 In #95, a normal, albeit wealthy, couple hire PM&IF to protect their wedding, which gets crashed by crooks. Proof that not only superweddings get crashed in the Marvel Universe.  The couple have a mysterious Himalayan Gem that’s the size of a human head.  The boys protect it in issue #95, and in issue #96 it is revealed that Danny bought the gem and feels some kindo of connection to it. 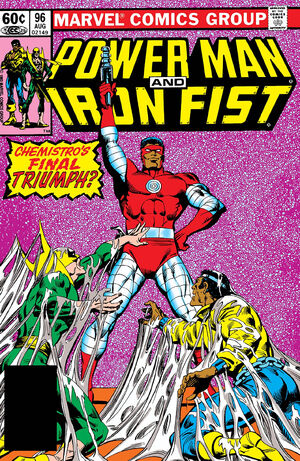 Also in #96, Chemistro tries to get revenge on the duo.  He fails. 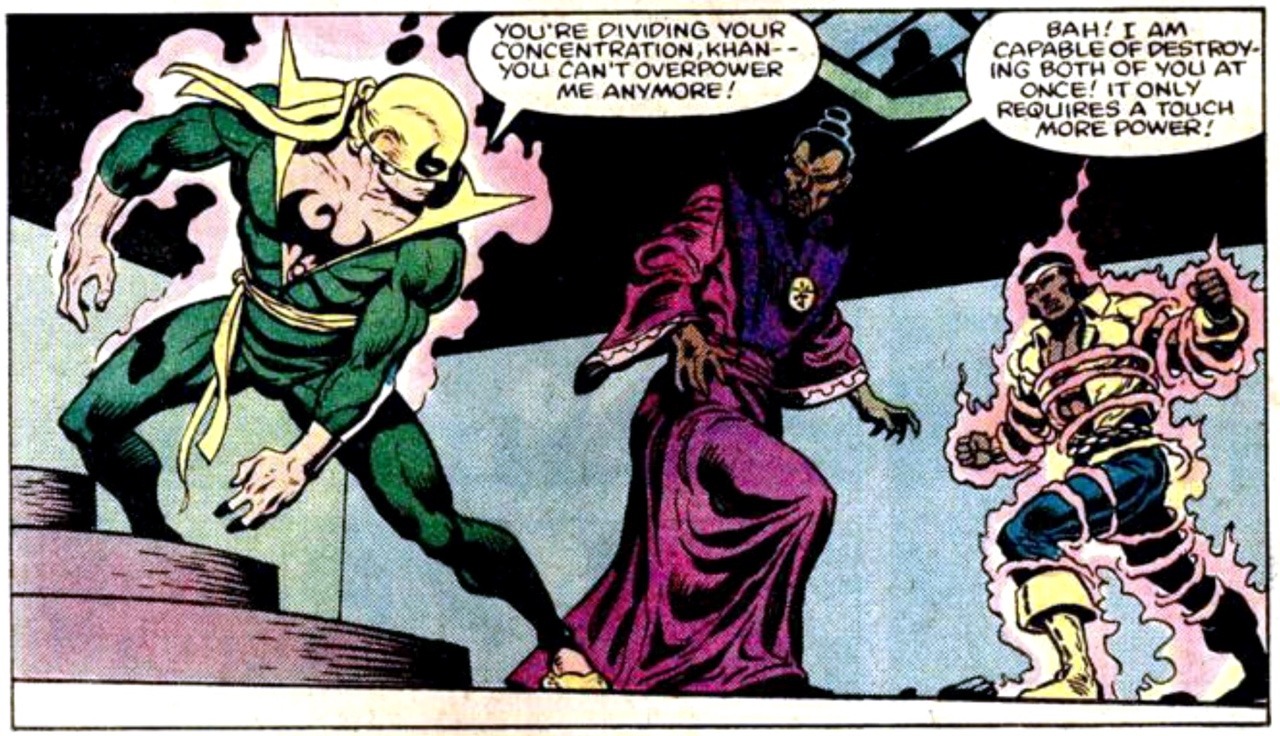 The gem story continues in #97, as Master Kahn, Iron Fist’s old enemy from his solo series, returns and tries to get it.  He brings with him one of the wolves that killed Iron Fist’s mother back when he was a child–the animal has become a werewolf now, and is under Kahn’s control.

All of this culminates in a giant sized issue #100.  It’s a “big” affair involving K’un Lun.  These issues may not “matter” much, but they’re solid comics.  Good stuff. 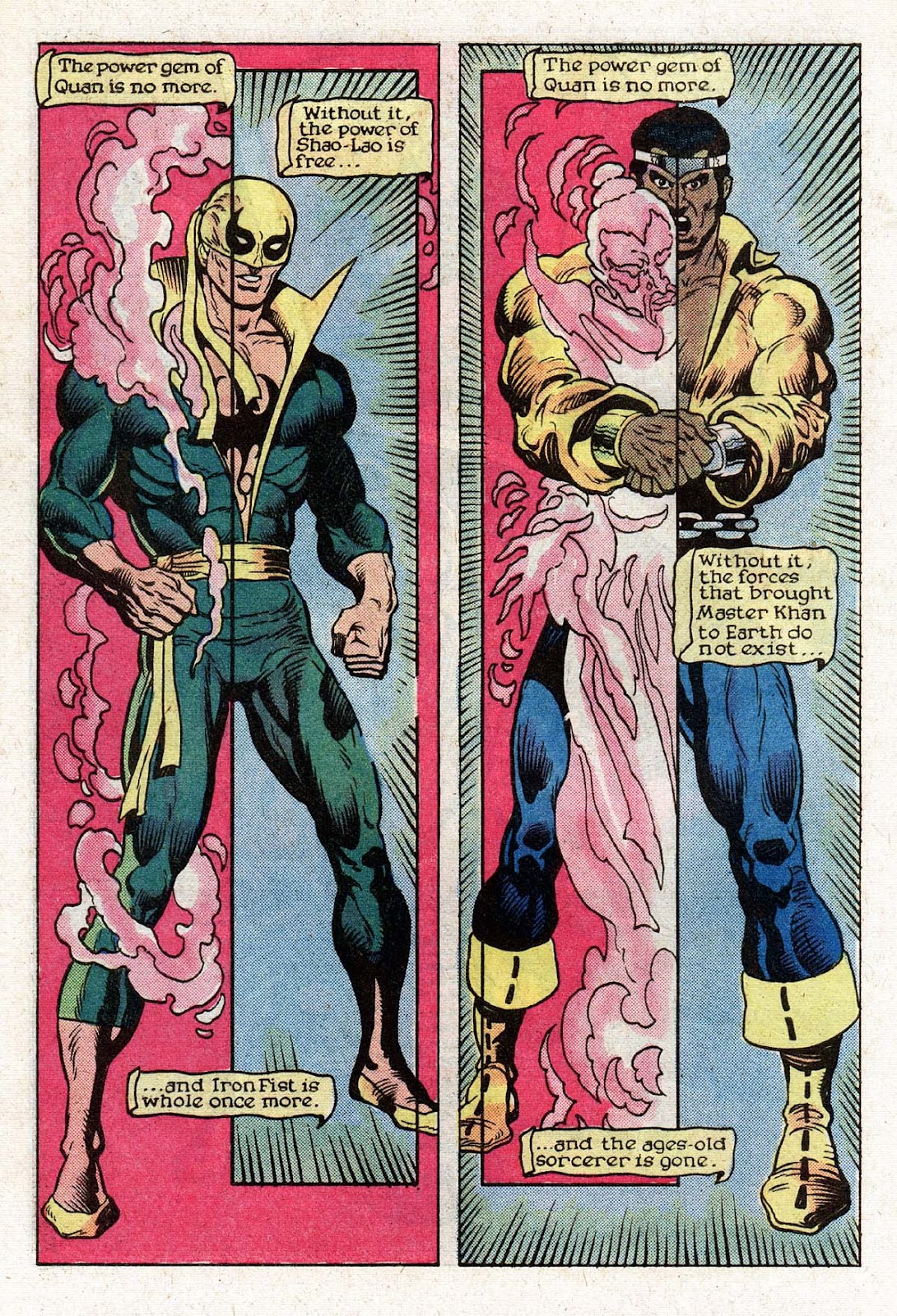 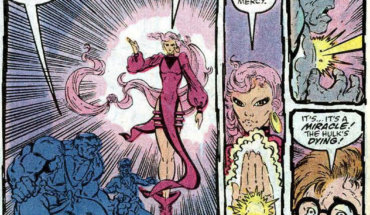 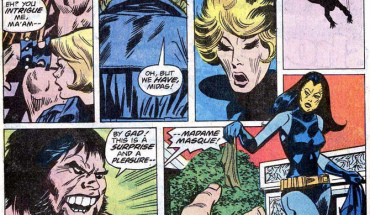