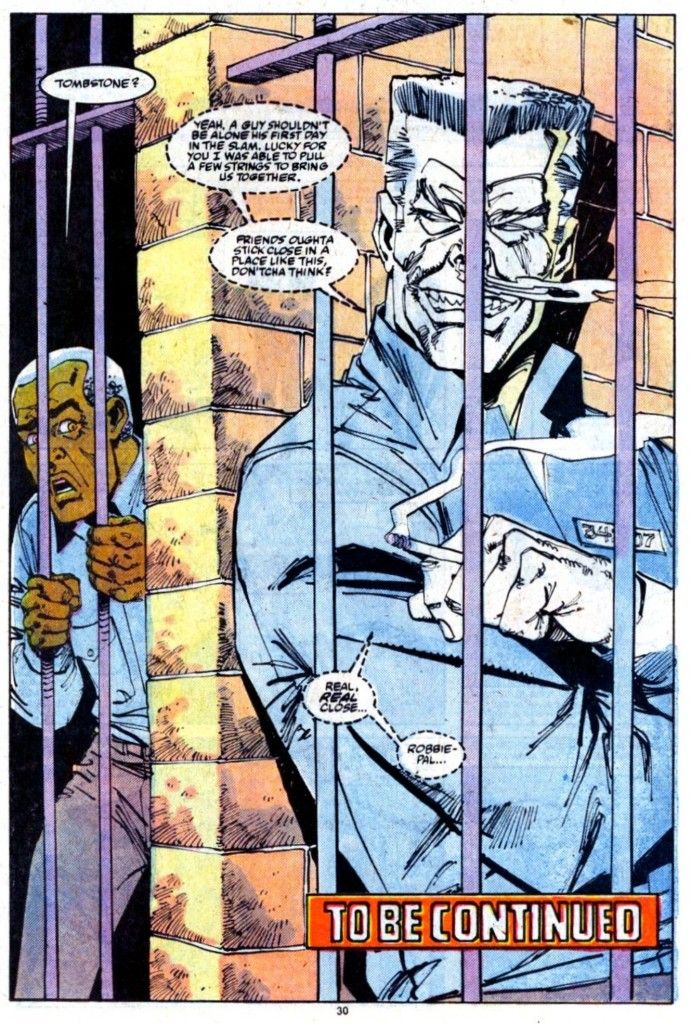 Robbie Robertson is found guilty of concealing a felony, which he did as a result of blackmail from Tombstone, and is sent to prison.  Where he is in a cell next to…Tombstone.  All this was set up via Kingpin corrupting the judicial system, so that Tombstone could continue forcing Robbie to keep his mouth shut. 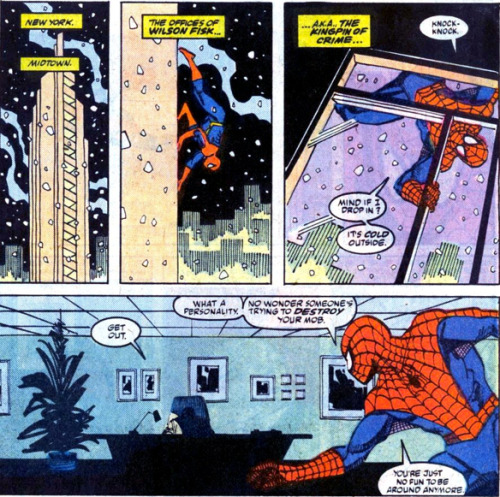 Meanwhile, Eduardo Lobo the werewolf keeps attacking Kingpin’s enterprises while he’s dating Gloria Grant.  Gloria continues to feed him information about Kingpin, while Chameleon—who is also trying to unseat Kingpin—disguises himself as J. Jonah Jameson and tries to find out what Robbie’s hiding that way.

By the end of these issues, Gloria finds out—the hard way—that her boyfriend is a werewolf.

This is about the time that we start to see Spider-Man “bloat.”  There’s nothing in these two issues that isn’t, essentially, the same as what we’re reading in Web Of Spider-Man, and there are a ton of plotlines that can be hard to keep straight.  It’s not bad writing, it would just be better in a single comic so we don’t have to constantly wonder if we should be reading Web or Spectacular first.