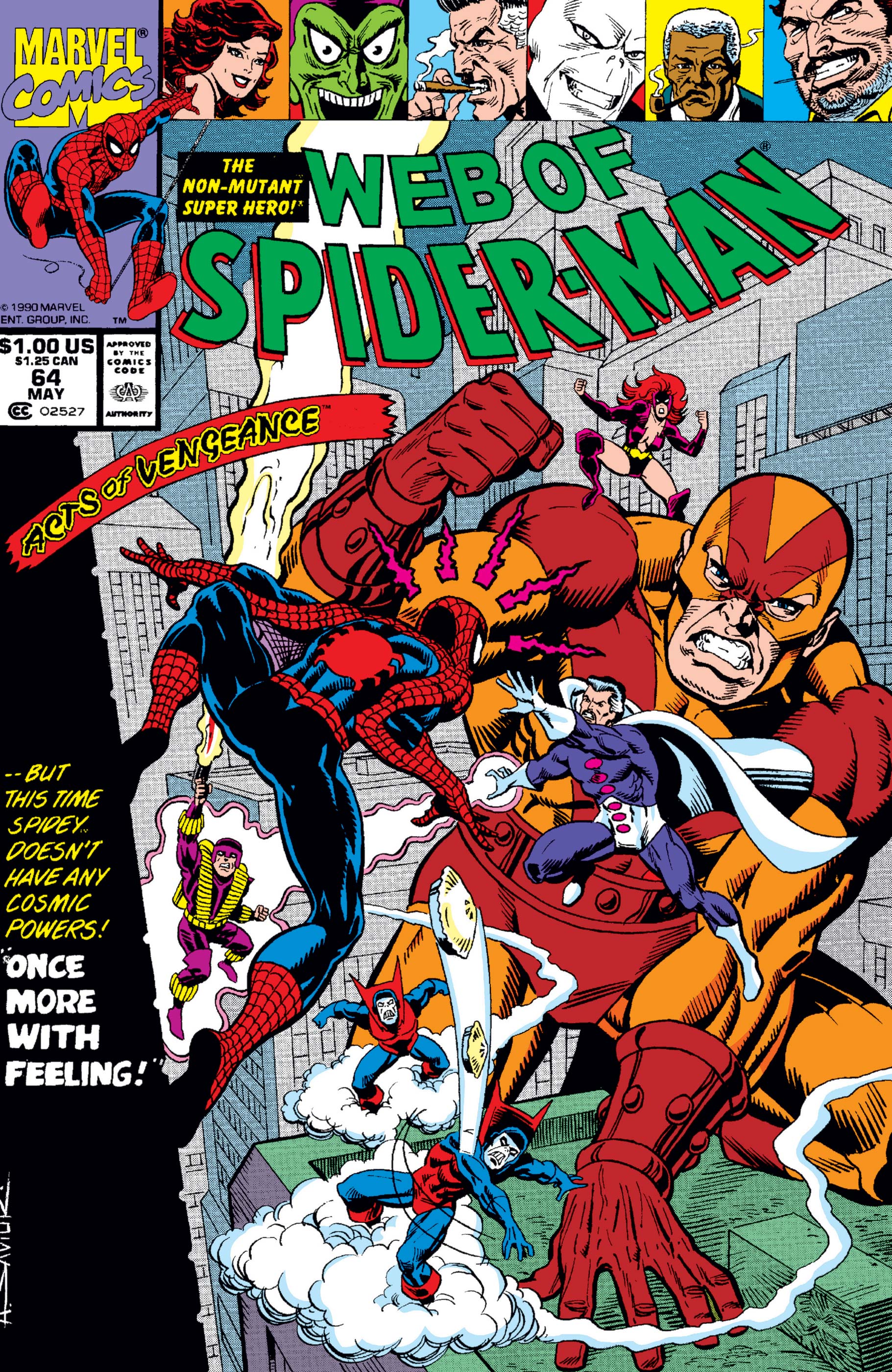 This is a late addition to the Acts of Vengeance event, as you can see from the tag on the cover.  Spider-Man fought all these guys when he was Captain Universe during that event, now he fights them again as Spider-Man.

Chameleon is ultimately responsible—he hires the group to kill Spidey as part of his effort to become a crime lord. 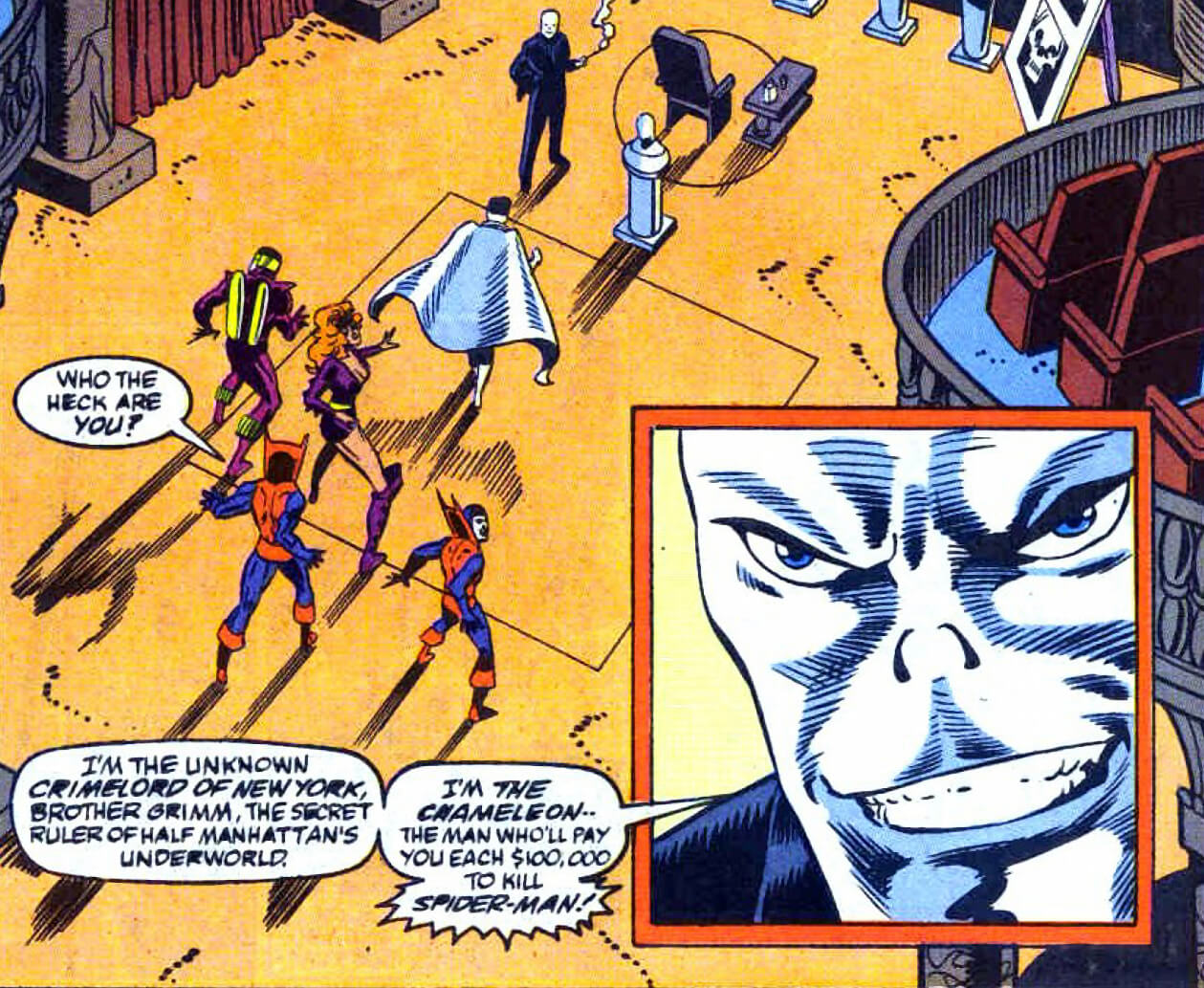 What ends up happening is they all attack Kingpin instead, and Spider-Man rescues Kingpin, which delights Chameleon.  And then Cham betrays them anyway. 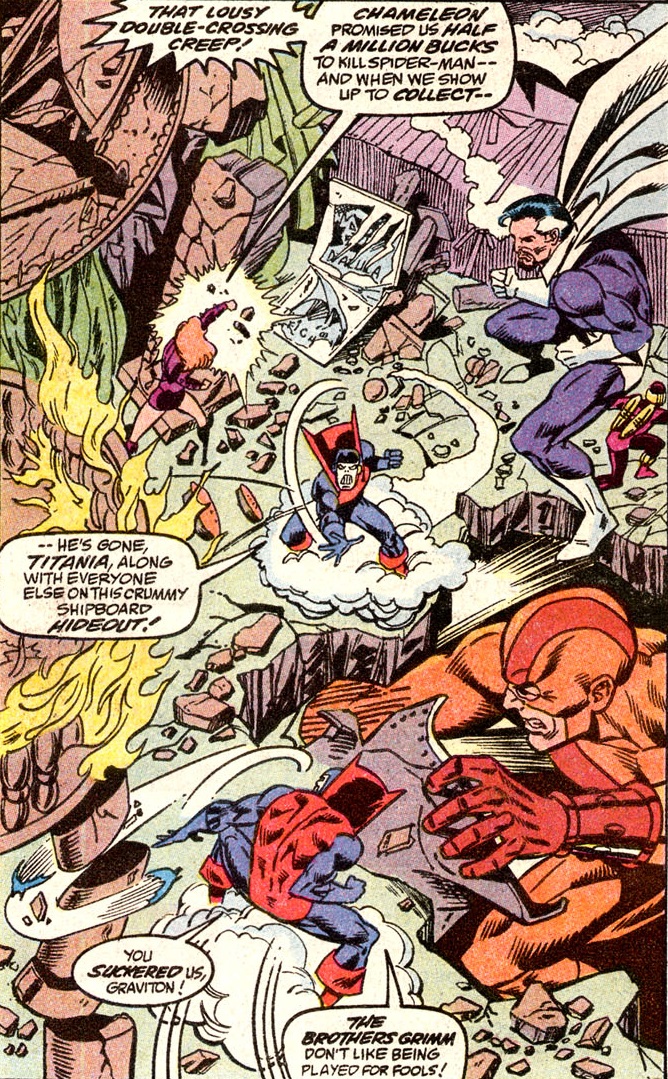 There’s also a few panels showing that Green Goblin is back—he’ll be the next villain. 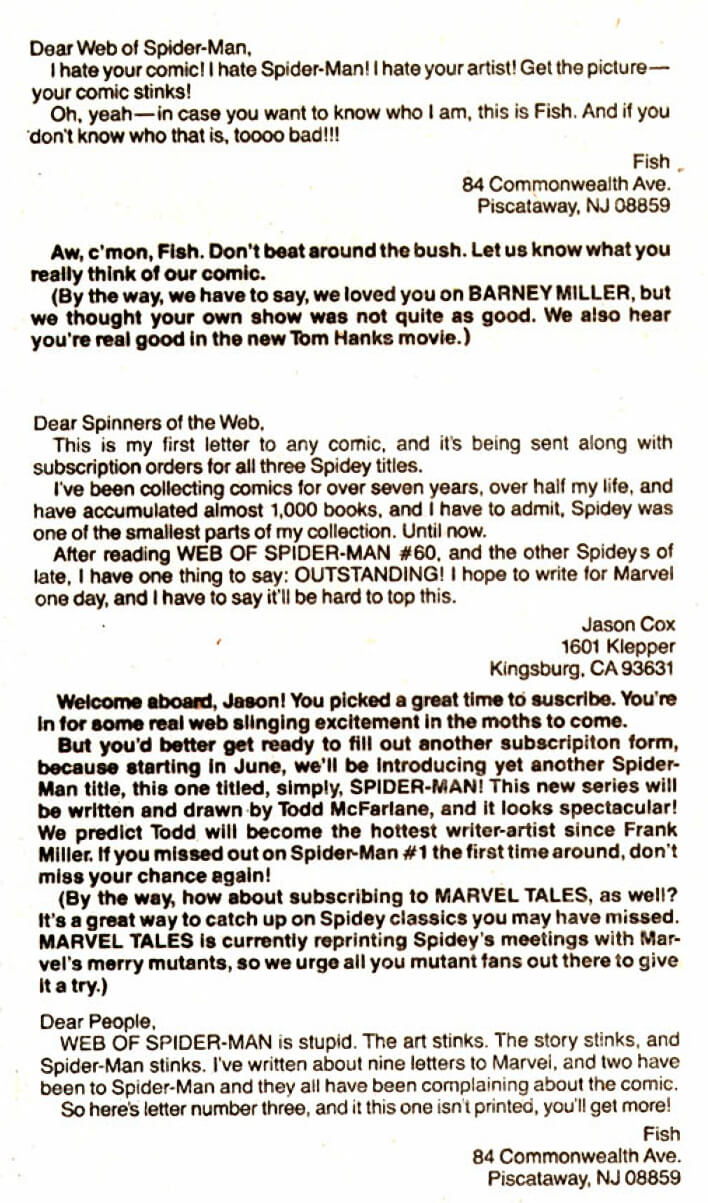 And then a wise-ass response.

I miss the days when letter pages represented real interaction with fans!

For the complete history of the MU, year by year, go here.
And see my Ratings of Runs on comics here.
1990, thanos, Drax the Destroyer, Mentor, Silver Surfer, Starfox 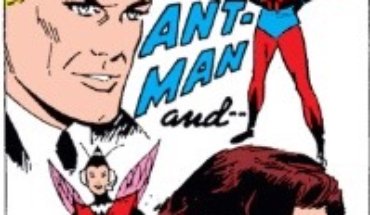 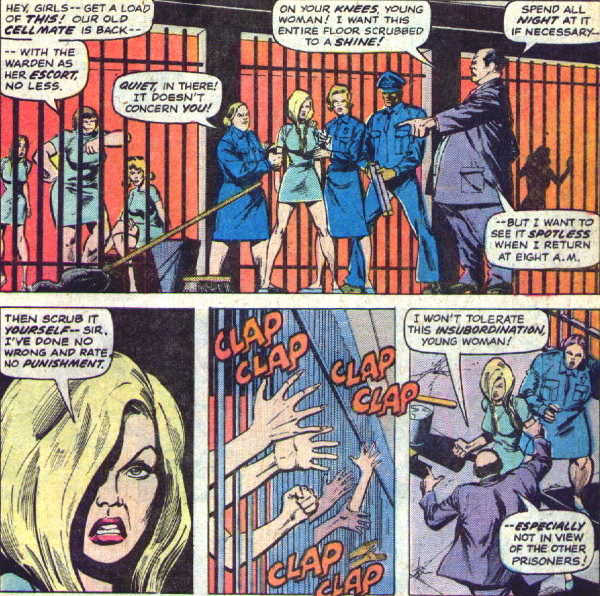