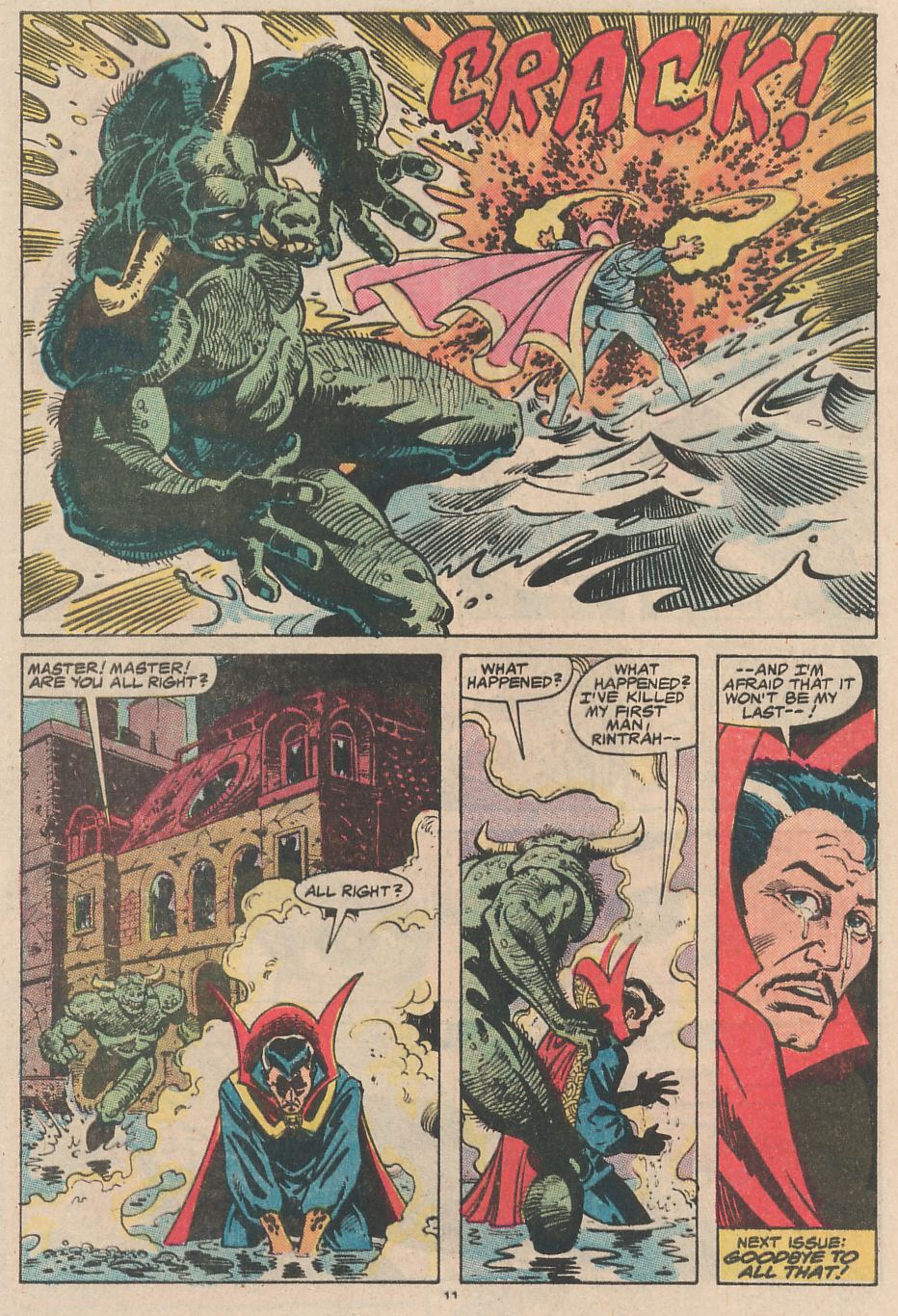 The Cloak and Dagger miniseries sold well, but their ongoing wasn’t making tons of fans because, frankly, the concept of two kids wreaking vengeance on drug-dealers wasn’t as fun to read as the concept of one guy killing them with machine guns.  So, Punisher would get a solo series that would last a long time and Cloak and Dagger would get half a comic a month, sharing space with Dr. Strange, whose solo book also didn’t sell very well—and it only came out every other month.  Actually, that means we basically got the same amount of Dr. Strange, trading one comic every 60 days for a half a comic every 30. 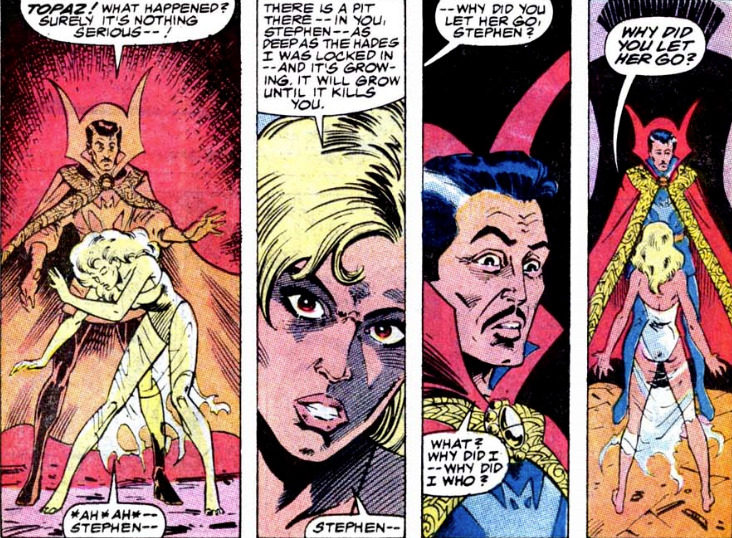 The mini-anthology begins with Dr. Strange.  It’s about what you’d expect from a Dr. Strange story: A monster attacks from another dimension, and Strange stops it.  Rintrah is now hanging out with him as a ward of sorts. 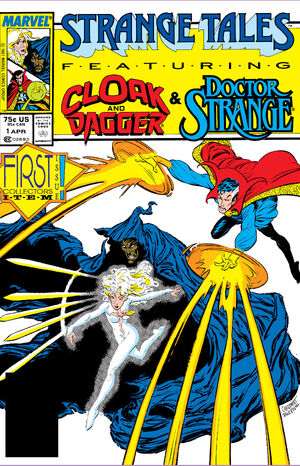 There really aren’t that many Doc stories to tell.  Sometimes they’re written better than others, though, and when they focus on character they tend to be better.  This is, in fact, a character-based story.

He’s working with Topaz now, who has mystic powers too, and he gets hurt.  She asks Clea to help them, but Clea refuses because she’s tired of Strange being such a jerk to her. 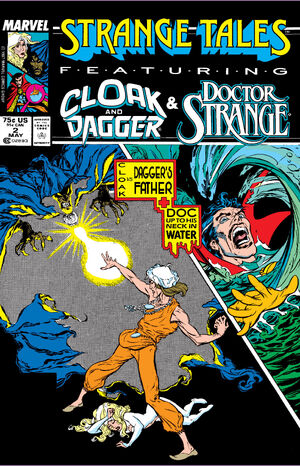 In order to finally win, Strange is forced to kill the human body possessed by the interdimensional threat.  Killing a person is always a big deal in comics, so Strange will spend several issues wrestling with his decision to kill a person rather than allow many others to die at the hands of the mystical threat.

Plus over the course of the story some of Strange’s best toys get destroyed: His cloak, his eye, etc.  So his power level is decreased and he’s wracked with regret.

It’s a good set-up for a Strange story that can take the character to some new places.

Cloak and Dagger get to come second in this book—which is good, because their story isn’t as good.  We find them where we left them after the last issue of their solo book, searching Eurasia for the main source of illegal drugs to New York City.  And guess who it is?

Come on, guess. It has to be someone who “matters” so that the punch-line of the comic can have some oomph.  But it’s not a super-villain or a pre-established character. 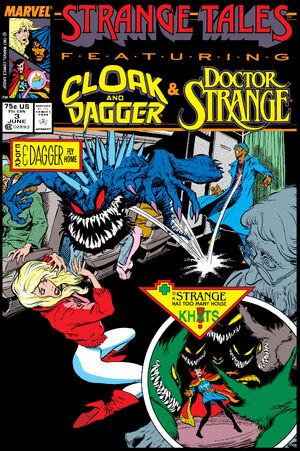 Oh, and it’s a Bill Mantlo story, who never saw a cheap coincidence he didn’t want to use as a plot point.

Figured it out yet?

He’s got light powers.  Which makes no sense, because we’ve always been told Dagger’s powers came from taking poisoned drugs and had a relationship to Cloak’s powers as well.  Now we’re being told they’re hereditary?

Anyway, he’s a villainous drug dealer.  But of course, he doesn’t end as a villain—he ends by killing himself to save Dagger.

In issue #3, Cloak and Dagger make their way home and Cloak falls asleep on the plane and is attacked by Nightmare.  This seems like a clunky way to connect the two parts of this comic.