It’s day two of my tribute to Warren Zevon, in celebration of his January 24 birthday.  You can find Day One’s tribute to his first great album and the G.O.A.T. “Carmelita” here.

We’re going through his career, album by album, and picking a Greatest Of All Tunes song from each one.  Today, two albums: Excitable Boy (1978) and Bad Luck Streak in Dancing School (1980).

Excitable Boy came on the heels of one of the best country rock albums in history, Warren’s eponymous second record, so it had big expectations to meet—and it succeeded.

Produced by Jackson Browne and Waddy Wachtel at the legendary Sound Factory Studios, it contains his (ahem) monster hit “Werewolves ofLondon,” as well as the first song he ever wrote for himself (“Roland the Headless Thompson Gunner”) and another big hit, “Lawyers, Guns and Money.” It also features two of his best ballads: “Accidentally Like a Martyr” and “Tenderness on the Block.”  So what’s the G.O.A.T.?

It has to be Werewolves, right?  Featuring Mick Fleetwood and John McVie in the studio version, and a crisp guitar solo by Waddy Wachtel, the song was actually an outtake off of the “Warren Zevon” album that they later chose to include on “Excitable Boy.” 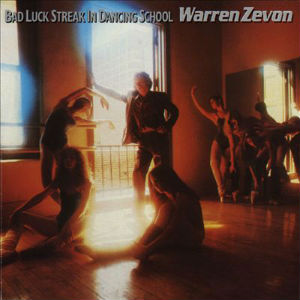 The next album in Zevon’s catalog, “Bad Luck Streak in Dancing School,” was a good one—but not a great one—even though I enjoyed several songs on it–notably the title track, Jeannie Needs a Shooter (co-written with Bruce Springsteen and featuring Joe Walsh on lead guitar), Play It All Night Long, and thehilarious Gorilla, You’re a Desperado.  But I can’t say any of these are good enough to be considered some of the Greatest of All Tunes. 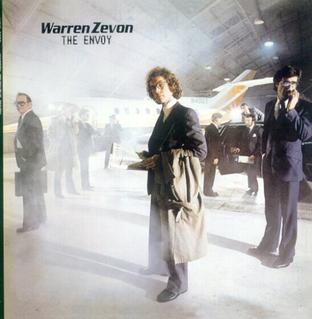 Then came the late 1980s, which wasn’t Zevon’s richest writing period.  Although I think 1982’s The Envoy is highly underrated.  I suspect this record was overlooked by both fans and critics because it was such a departure from his earlier work.  Although the title track was political and dark, the album featured one of Zevon’s sweetest tunes “Let Nothing Come Between You” and one of his most profound, “Jesus Mentioned.”  It also had his first upbeat, silly song, The Hula Hula boys.  None are GOATs (except maybe for “Between You”), but it’s still a solid album.  But he was dropped by his label, and did an off-label stint fronting R.E.M.  Okay, not really.  But TheHindu Love Gods were all of R.E.M.  except Michael Stipe, and the band’s one record was an awesome collection of blues and pop covers—including Prince’s Rasberry Beret—and made Zevon a ton of money.

Zevon then emerged from rehab with the 1987 record “Sentimental Hygiene,” which found him back to his darker, brooding self, especially on the autobiographical track, “Detox Mansion.”  Even the record’s dance tune was bizarre and creepy, titled “Leave My Monkey Alone.”  Lots of guests joined him in the studio, and the record was pretty good—but, again, no GOATs.  And after this record came 1989’s Transverse City, Zevon’s seventh album, and one of his weakest.  The only song worth mentioning on it was Splendid Isolation, Neil Young – lead guitar on “Gridlock”, harmony vocals on “Splendid Isolation,” which featured Neil Young singing harmonies.  And Neil ain’t exactly known for his singing abilities.

Covers of today’s Warren Zevon G.O.A.T., Werewolves of London, starting with the 1975 version that Jackson Browne recorded before WZ himself…