Remember that recent Bullpen Bulletin where Stan’s Soapbox said they’d be only doing done-in-ones from now on?   Well, that was all talk. 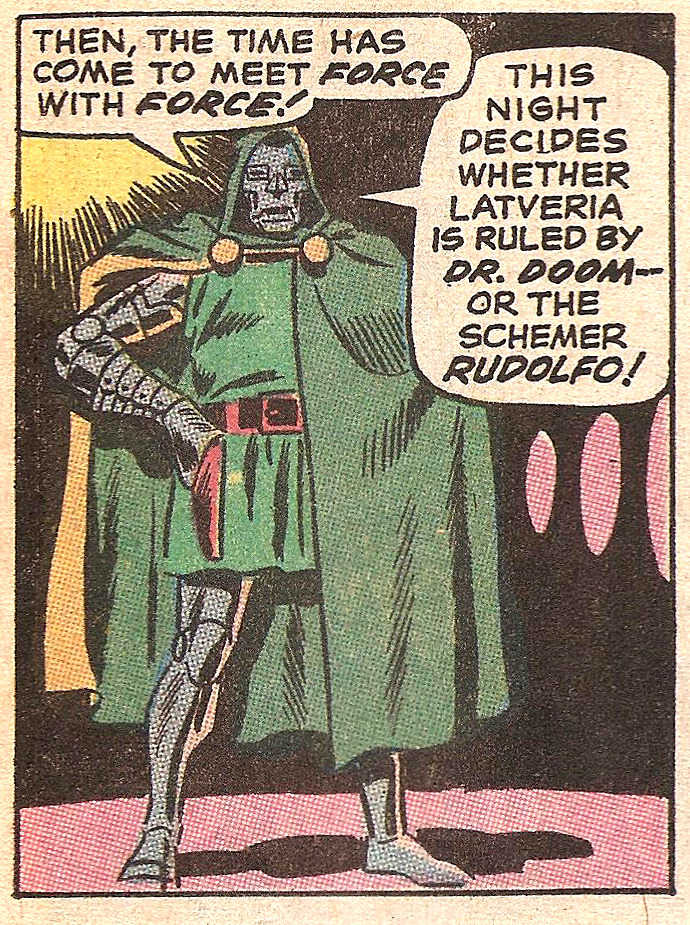 In August, Marvel re-launched their “split book” concept that had died out just under a year ago, and this time they gave a villain the spotlight.  I think this was the first time in history a villain led a story.  But more on that later.  Let’s start with the Ka-Zar tale, which was so long it couldn’t fit in three issues.  Kind of. It starts with that terrific splash page, leading you to believe that Kraven is coming after Ka-Zar, but on the next page we get the punchline: Zabu.  He wants to hunt Ka-Zar’s cat.

What follows is as good a Ka-Zar story as you’ll ever read.  Kraven captures the tiger and brings him back to New York, so we first get a battle between Marvel’s most famous K-characters in The Savage Land, and then another in New York City.  The art is Jack Kirby, but it’s sketchier than his usual stuff.  It’s a real good story.  Then about halfway through the second issue, Ka-Zar is rescuing Zabu and we are introduced to Petrified Man.  He’s really a part of the next story, but they lay quite a bit of groundwork for it.  It begins in issue #3, where Gerry Conway takes over for Stan Lee and the great Barry Smith (still not Windsor-Smith) assumes the art chores.  This story marks the beginning of a whole “Savage Universe,” with a long origin story of Petrified Man, whole tribes of people at war in the Savage Land…It’s really not my cup of tea.  But for what it is, it’s pretty good.  The cliffhanger is a tribe of humans led by a woman named Zaladane goes to war against a tribe of Lizard Men. 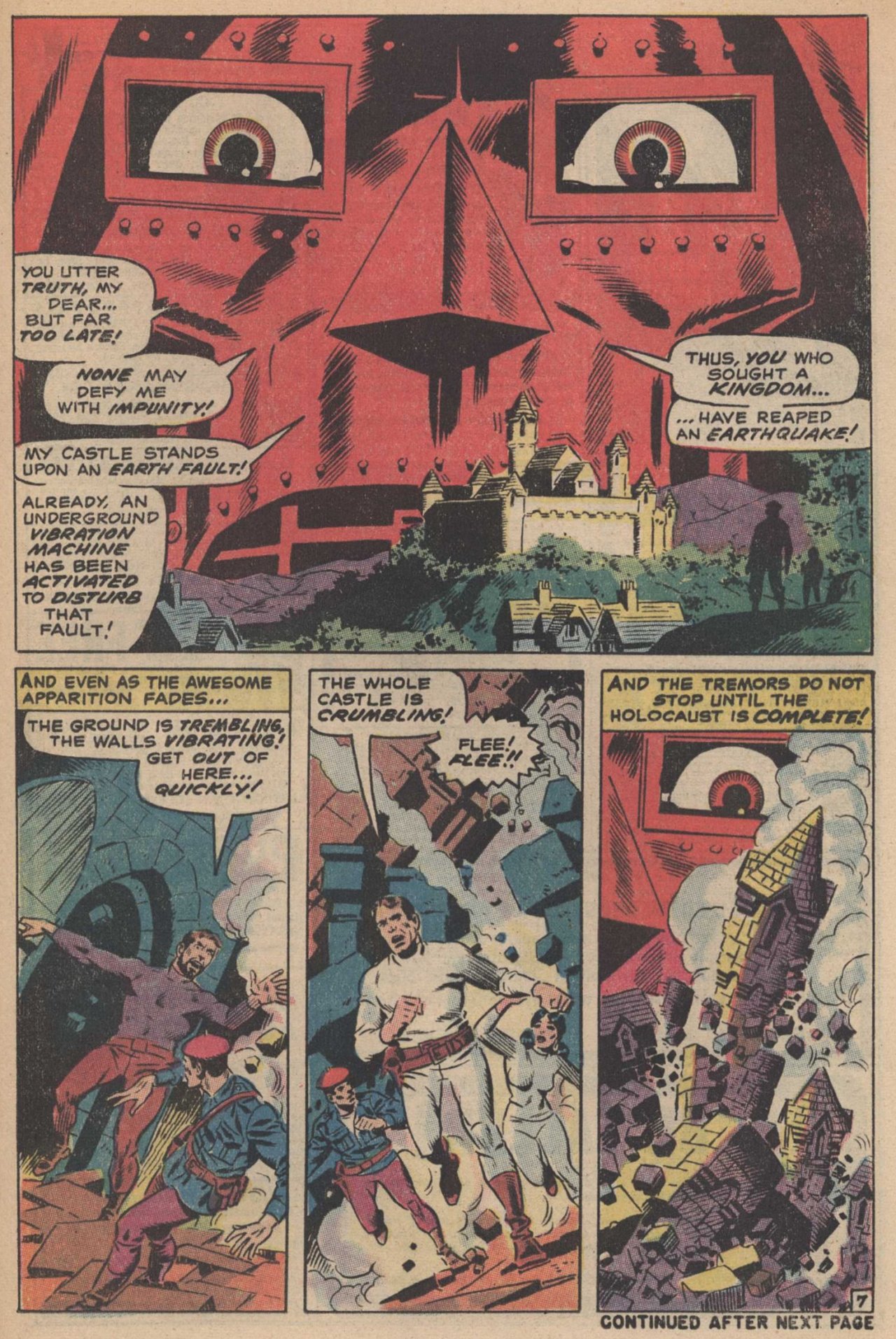 On the Dr. Doom side, we get an even better story-and the return of Wally Wood to Marvel!

It starts with the moon mission and a cameo by Buzz and Neil.  They find an odd globe and bring it back to Earth, but it turns out to be a device planted on the moon by Dr. Doom.  Why?  Not clear. Remember her?  His childhood love from Marvel Super Heroes #20?

Turns out not to be her.  It’s a lookalike planted by Latverian rebels, who Doom swiftly put down.  Then an alien who looks like Mysterio comes along and they fight and Doom wins.  It’s a pretty simple story, but remember: Back then we hadn’t already had several decades of Doom-As-World-Leader stories.  For their time, these were groundbreaking comics.

Plus, I love Wally Wood as an artist.

Then,  in the end, an appearance by future creator of Batman’s “Outsiders” team, Mike Barr!