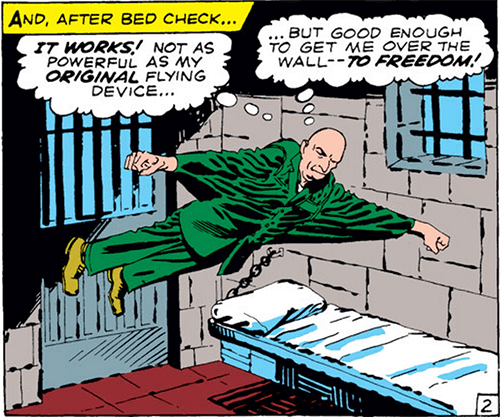 The Vulture returns. First off, I have to admit I’m a sucker for the prison genre. I’ve watched HBO’s Oz show at least four times all the way through.  I even watched the first season-and-a-half of Fox’s terrible Prison Break show before giving up.  So, when this starts with old Adrian Toomes in jail, I’m loving it.  Of course, he escapes. 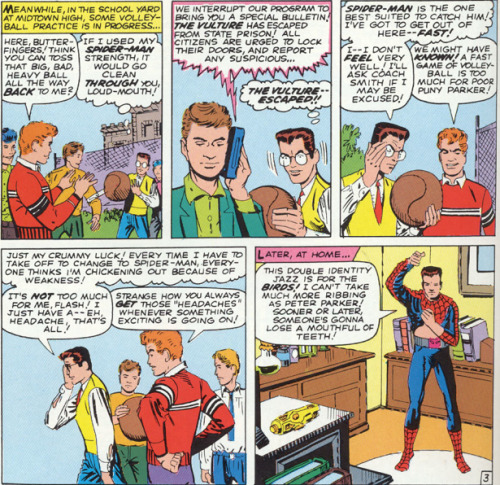 This is the classic issue where Spidey is in a web-sling, having hurt his arm during a fight with Vulture—a visible sign of his injury and mortality. Again, who else was doing that in the early 1960s?  Nobody. But most importantly, it’s the first time he uses a web parachute!

Actually, Spidey does a lot of new stuff with his webs in this one.  Including, at the end, swinging by the Daily Bugle and, after getting an earful from everyone’s favorite publisher… 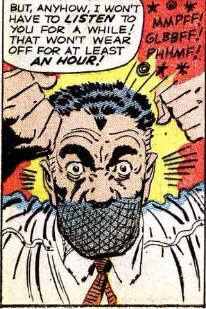 This is also the issue where Peter and Betty Brant begin to show signs of really being in a relationship, and the web-mouthed JJJ is a nice point of friendly camaraderie.

So Peter is laughed out of High School, but he’s making it as a professional.  This adds a multi-layered sense of the character—he’s one person at school, another at work, and yet another in costume.  Very complex characterization for a medium that hadn’t moved off the newsstands or even begun to make a play for being a “legitimate” art form.  Stan Lee was a major proponent of comics-as-art, and in these early Spider-Man comics, you can see why.

And while we’re here, here’s the letters page banner:

Not their most creative title… 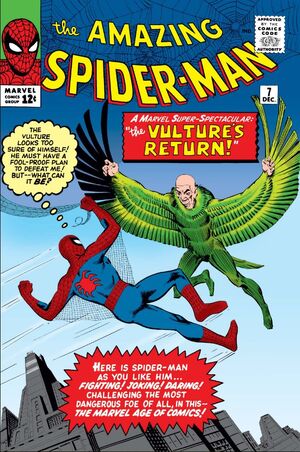 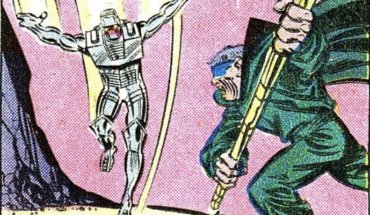 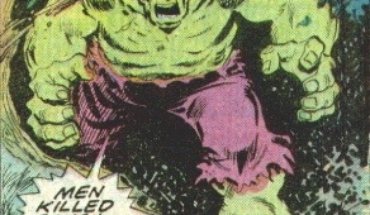 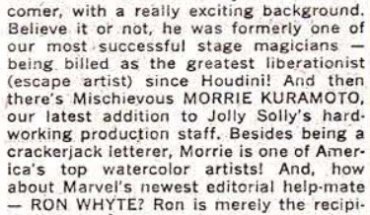