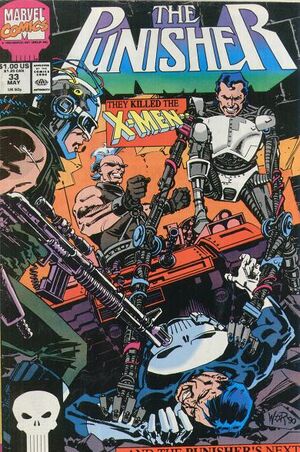 Punisher gets “Reaver fever” as the characters from X-Men crossover into his book. 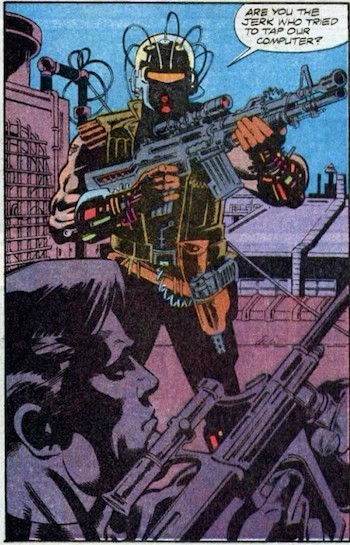 They cross paths because Microchip has been trying to hack into Kristoff’s (aka the new Dr. Doom’s) computer system but accidentally hit The Reavers instead.

Now, the Reavers can hold their own against The X-Men so it’s good to see them easily defeat Punisher and run him out his hideout—taking it over.  Punisher gets them back by jumping into a suit of armor built by Micro, which is when this kind of goes off the rails.  Micro is a computer guy, not Tony Stark.  And Punisher is supposed to be a guns-and-ammo merc, not Iron Man. 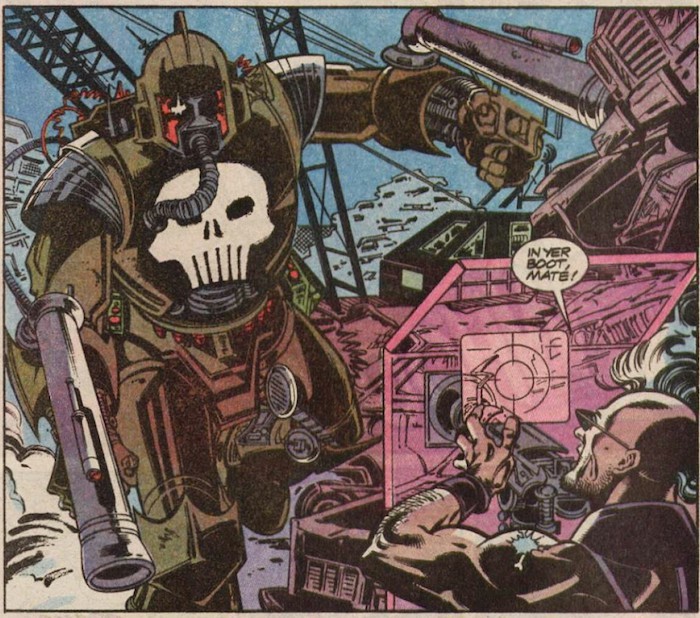 The armor explodes in the final battle so we won’t be seeing it again.  Which also makes no sense, because it enabled him to defeat a bunch of very powerful mercs so why the heck wouldn’t he use it again?

It’s a fine story, entertaining enough.  I just don’t like how they play fast and loose with the essence of the Punisher character.