And so begins one of the most impactful storylines of the 1980s: The Hobgoblin saga.  It starts with his origin: A lowly bankrobber stumbles upon an old and abandoned Green Goblin hideout, shows it to his boss, who kills him, dyes some of the threads, and becomes one of Spider-Man’s most famous foes.

He’s made some improvements to Green Gob’s tech, but his technique is not yet developed… 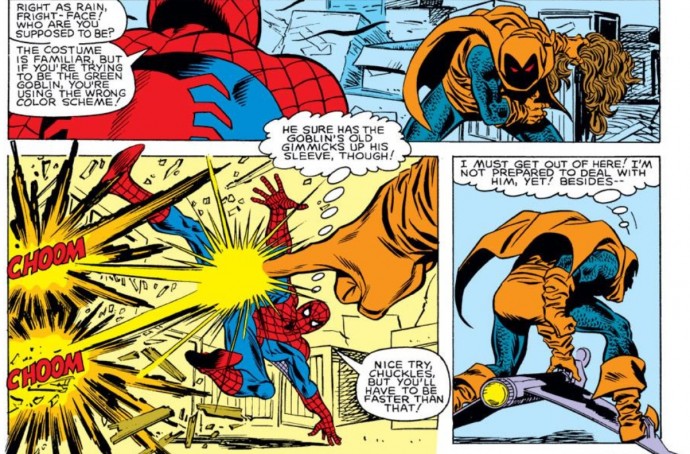 So he flees his first encounter with Spider-Man.

As we know, this is just the beginning.

Meanwhile, MJ is living with her aunt. 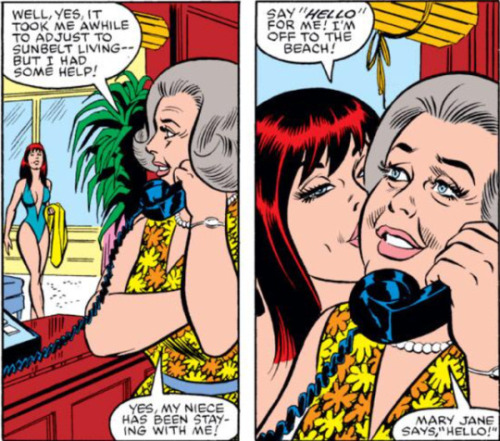