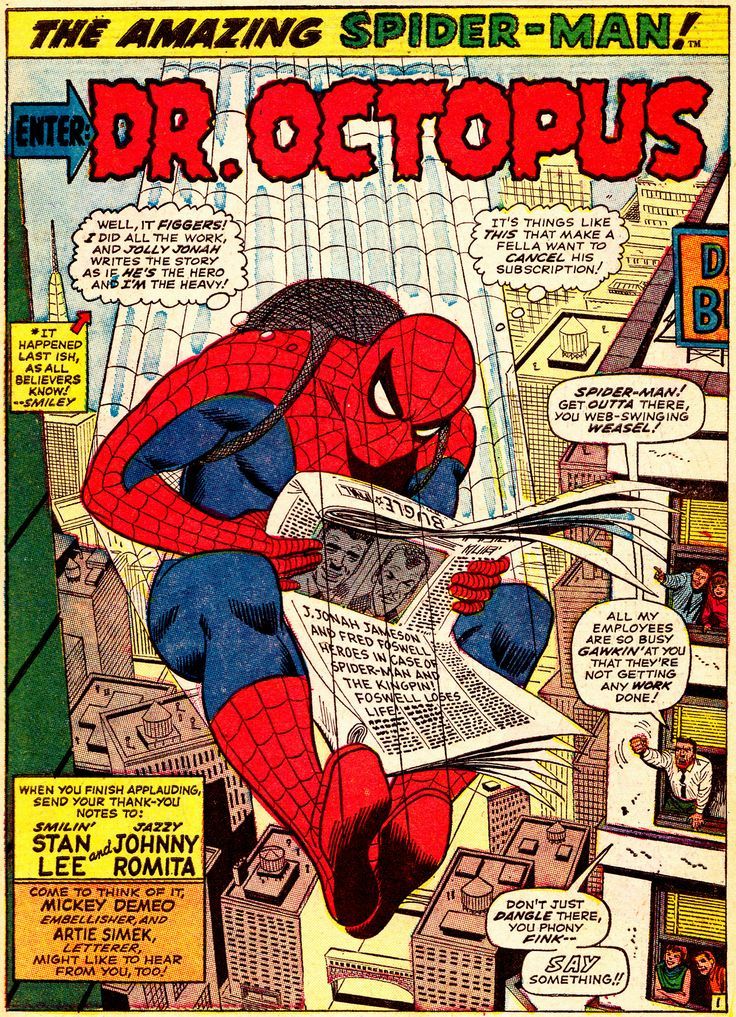 Spider-Man makes a web hammock and distracts Daily Bugle staff at the start of this arc.  Then, we see how far Peter Parker has come when two hotties compete over him. 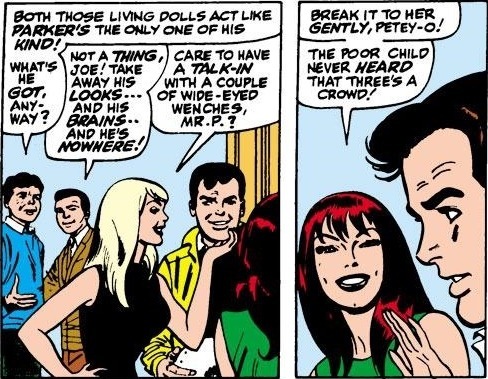 And he says he has to go meet his Aunt’s new boarder. 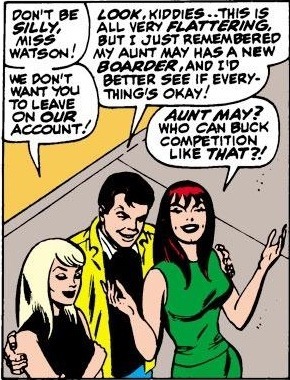 And the new boarder is Doc Ock!

Yes, the first time Otto Octavius met Aunt May, it was to rent a room.

Later, of course, she’d move in with him as a maid.  Eventually, he’d try to marry the cougar. 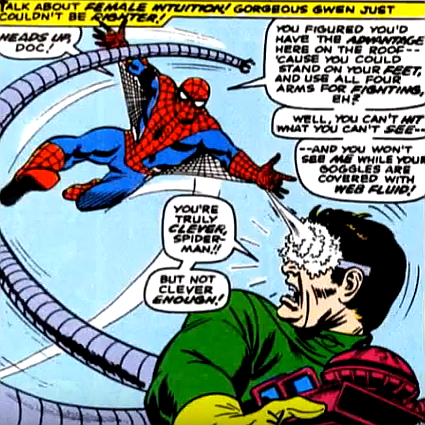 Ock is trying to get his hands on some special weaponry, gets in trouble with Spidey, and has to “lay low” so he rents a room.  It just happens to be at Aunt May’s. 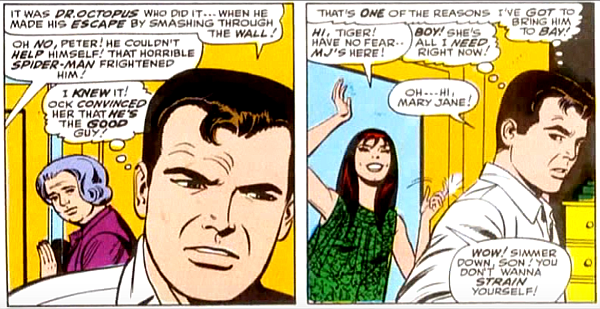 Also in these issues: The first appearance of Captain Stacy, beginning one of the most complex relationships in comics.

Batman and Commissioner Gordon, at the time, were basically sources/working buddies.  But in Spider-Man, Peter dates Gwen, Spidey works with Gwen’s father, Peter has to constantly wonder if either/both his gal and his pal are hip to his secrets…

It’s also worth mentioning that Professor Miles Warren appears regularly in the series, every couple issues.  And because if you hang around supertypes long enough you become one, he’ll eventually become The Jackal and be responsible for the worst crime in Spider-Man history: The Clone Saga.  And by worst, I mean the lowest quality caper.  Not the most threatening.

Very good stuff.  No wonder people hail these issues as some of the best comics of the silver age.

Doctor Octopus, Marvel 1967, Miles Warren is Jackal and Carrion and has clones, The Amazing Spider-Man (complete series)
Tweet Pin It