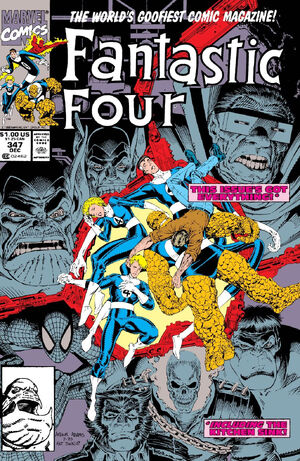 The cover promises “everything” in these issues, and the book delivers.  It starts by showing a skrull battle that is heading towards Earth, and then some domestic “bliss.” 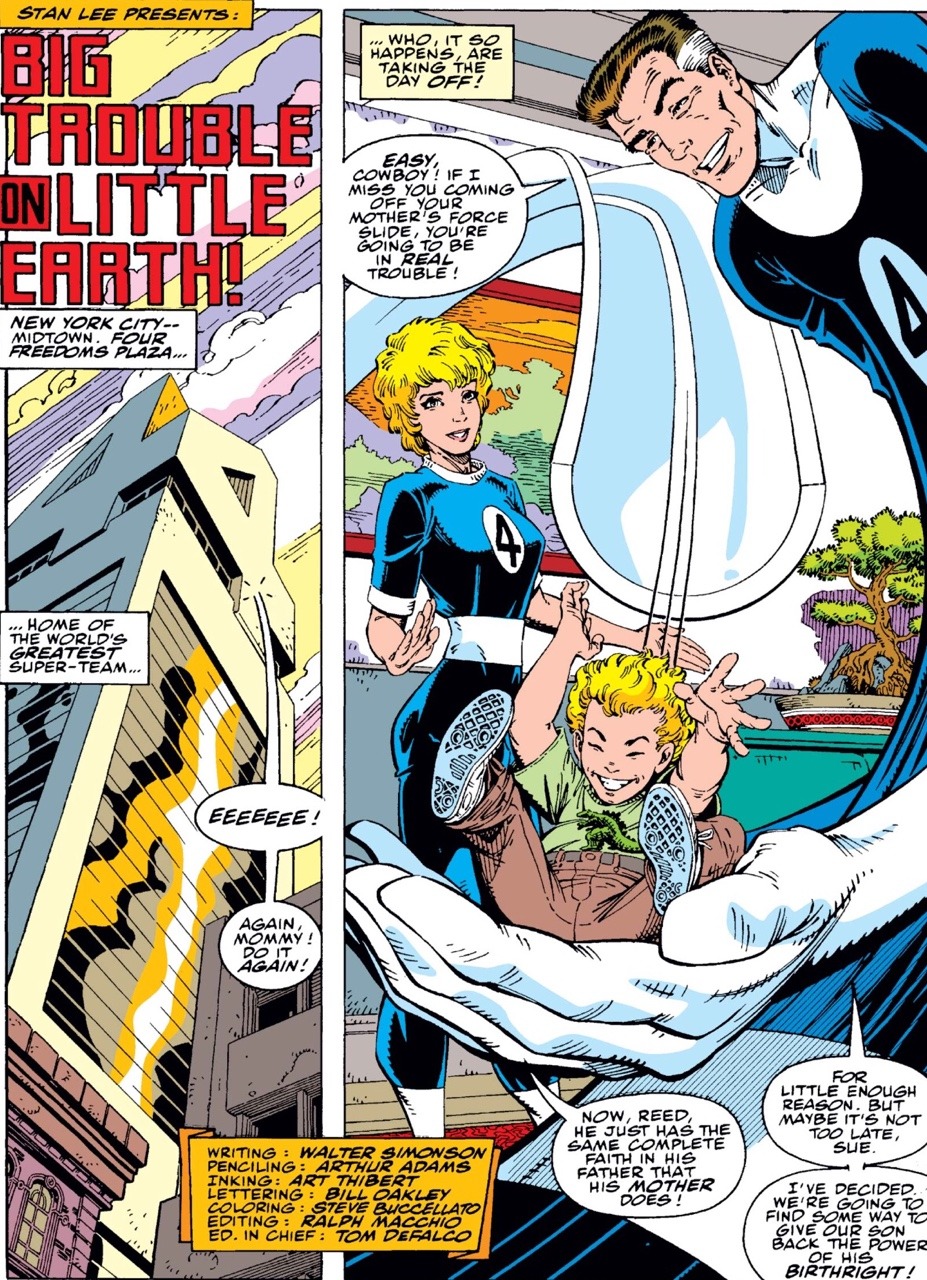 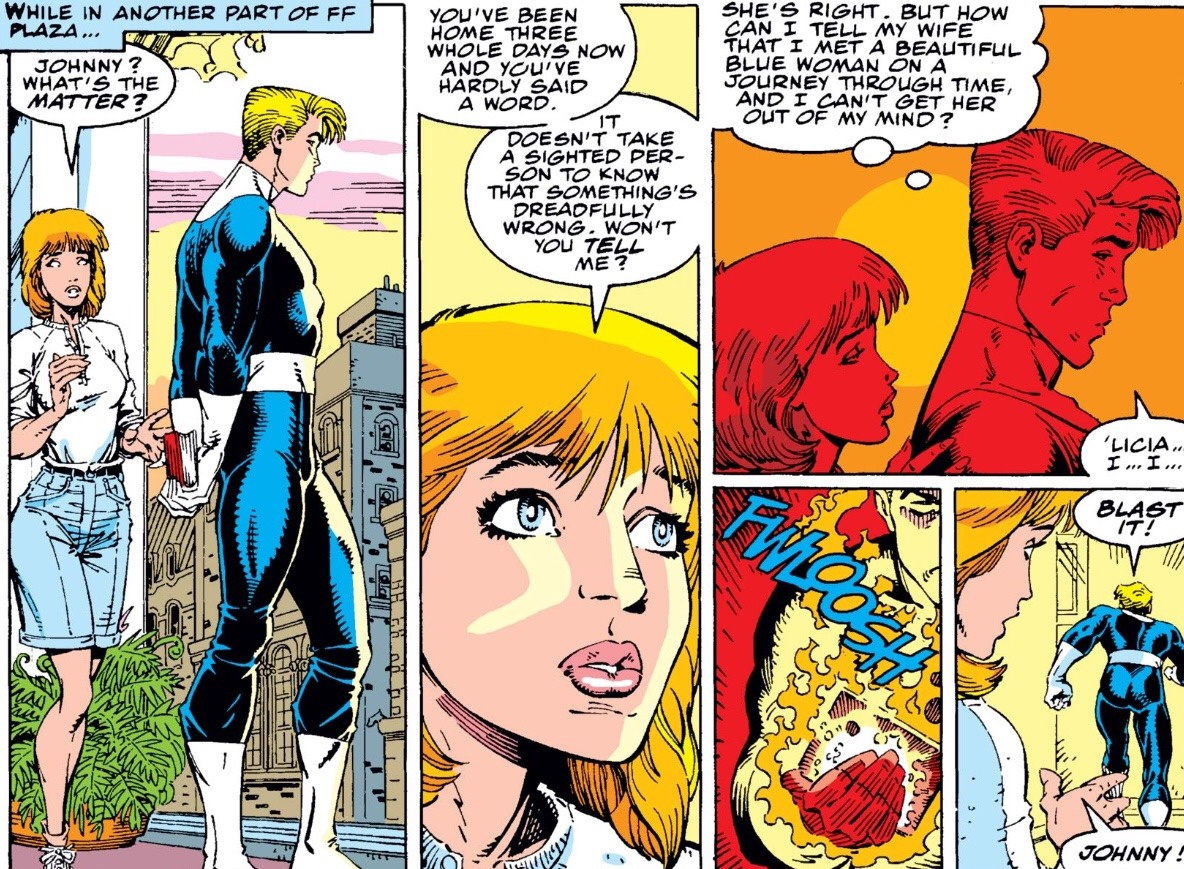 Johnny fell for Nebula during the last time-travel caper, and now he’s losing feelings for Alicia.  And that is going to become very, very relevant very, very soon.

And Sharon Ventura is still upset about being rocky.  Okay, so enough of a check in.  Now the main event.  The skrull from the beginning of the issue can read minds, so she appears as Nebula to seduce Johnny and get inside the FF’s headquarters, then take him out.  Then she becomes Namor to seduce Sue and knock her out.  She takes over the team. 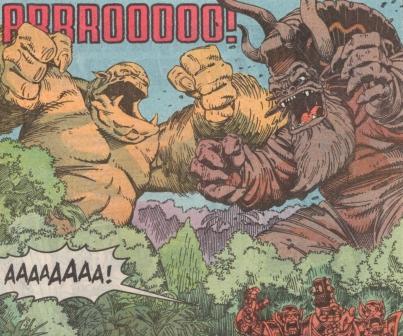 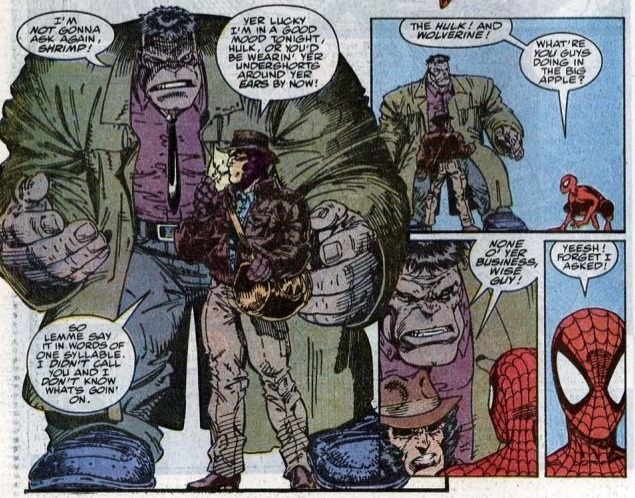 To defend herself, the fugitive skrull summons a new Fantastic Four…

By the way: Art Adams steps in on the art chores.  As much as I’d have loved to see Walt do Ghost Rider, this is undeniably awesome. 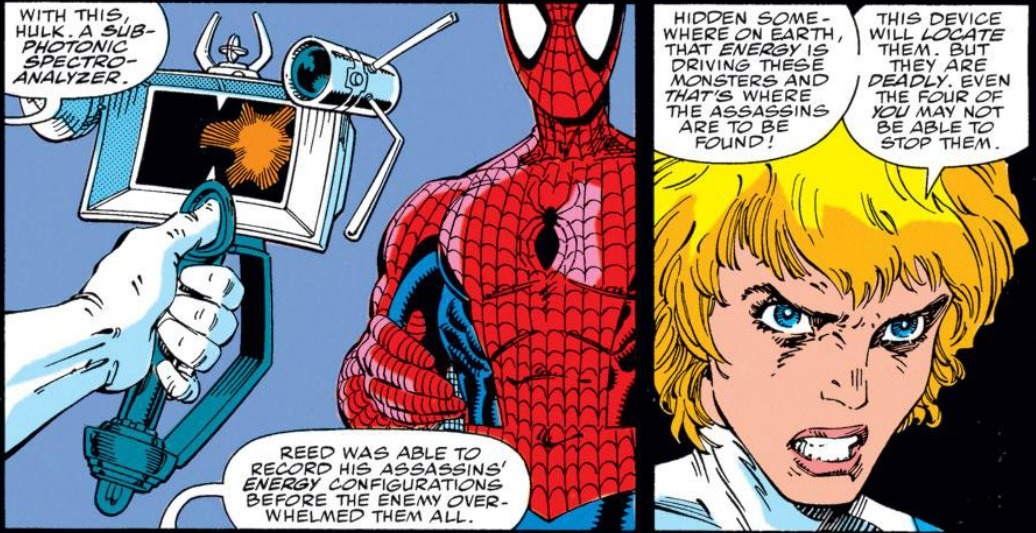 The skrull, disguised as Sue Richards, tells the new four that the FF are dead (and shows them their unconscious bodies as proof), then gets them to protect her against the skrulls/monsters. 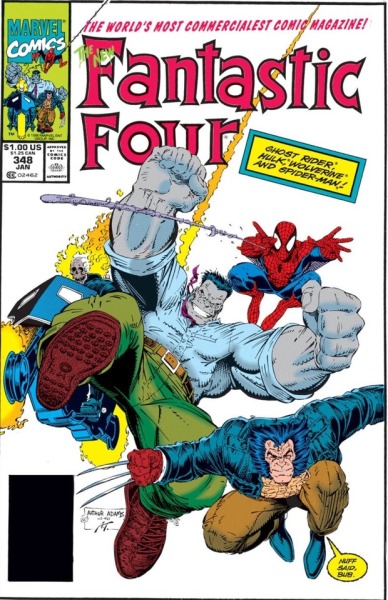 Eventually, the new FF defeat the monsters and then team up with Mole Man against the skrulls.  We get sequences like this one:

After the monsters are subdued and the skrulls captured, we learn that the new Ghost Rider’s Penance Stare power is also like truth serum… 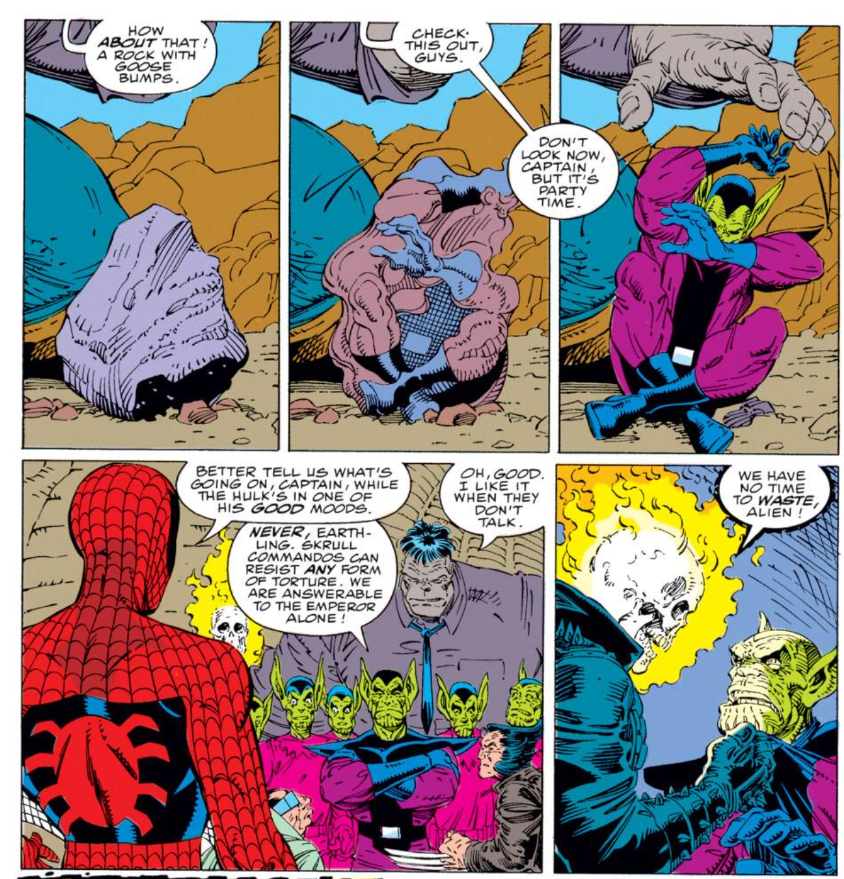 …Forcing the skrulls to talk.  He’s also got another power:

At the very end, there’s a tease that Punisher is going to kill all the monsters on Monster Island, because they attacked New York.

But when he sees the assembled heroes have the situation in hand, he turns back. Too bad.  That could have been very cool.

Walt Simonson’s run is one of my favorites of all time.