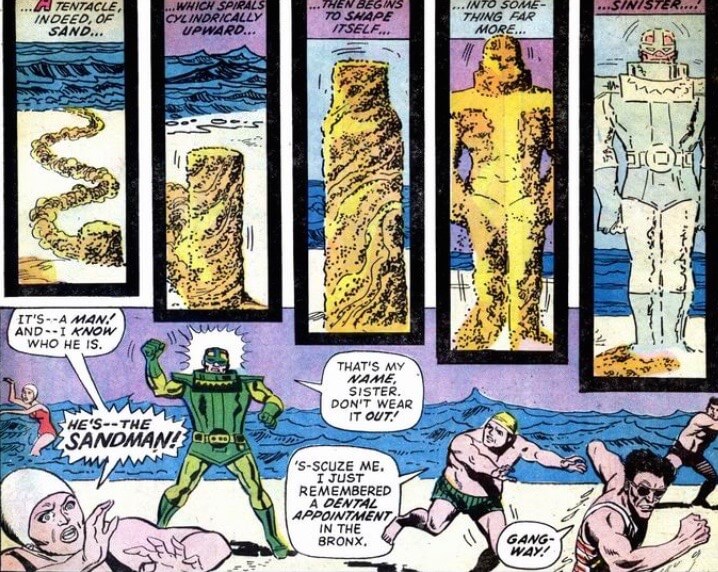 They don’t make comics like Marvel Team-Up anymore. Books that are just about putting two heroes together and having them solve a super-problem in one issue. Stories without consequence, designed only for fun. Books have become serious now, and they’re all about continuity.

I loved this book.  Although the first episode isn’t the greatest.  The art is terrible.  Ross Andru looks rushed on his best day, and this isn’t his best day.  The story is pretty safe–Spidey and Torch are a tried-and-true duo.

But we do get the first appearance of Misty Knight.  She’s nothing like the powerful woman she’ll become later.  In fact, I didn’t even realize it was her.  In fact, it wasn’t.  But later, in MTU#64, Chris Claremont makes it her. 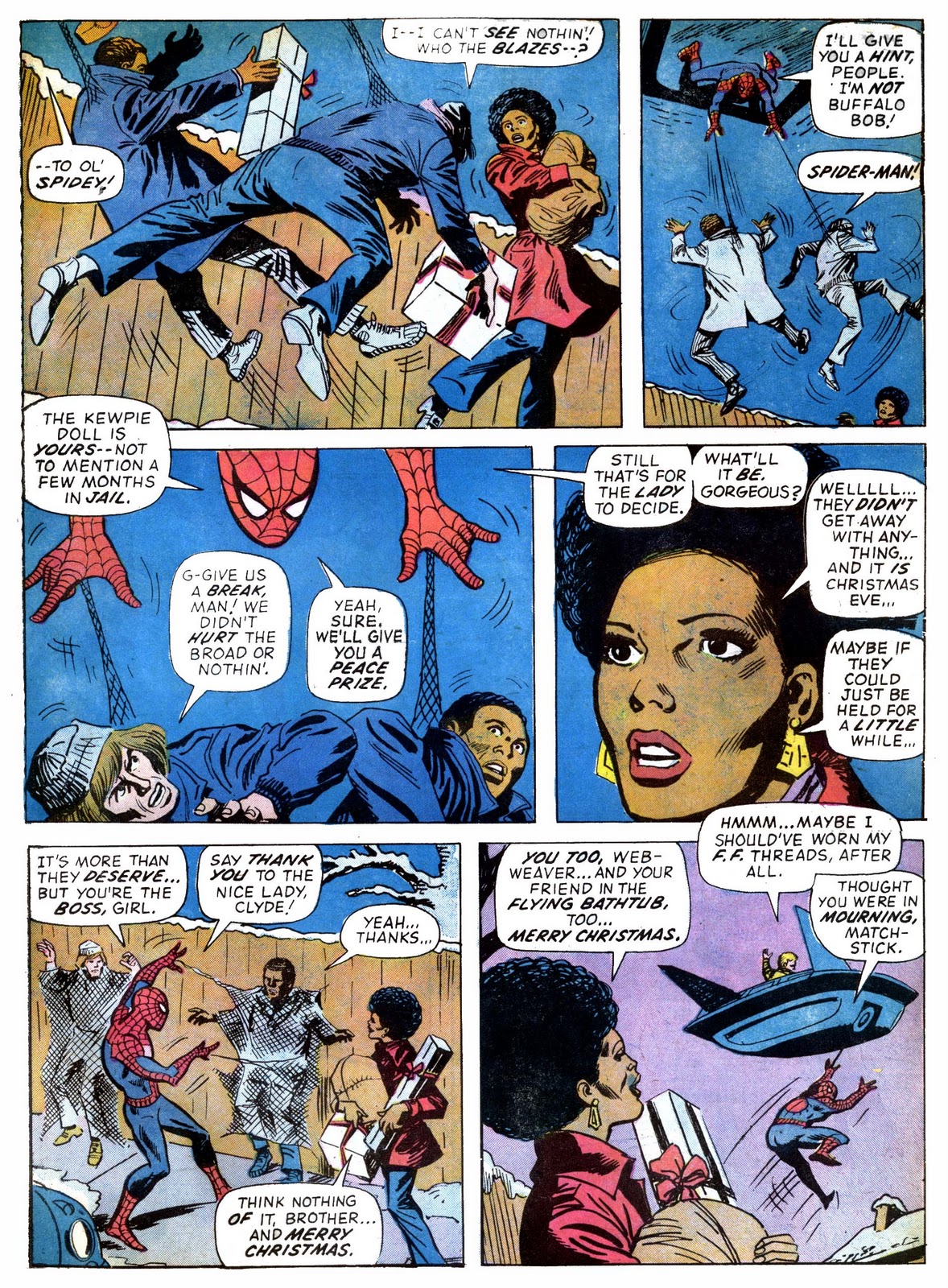 Here’s where Claremont explained, in the last panel on this sequence: 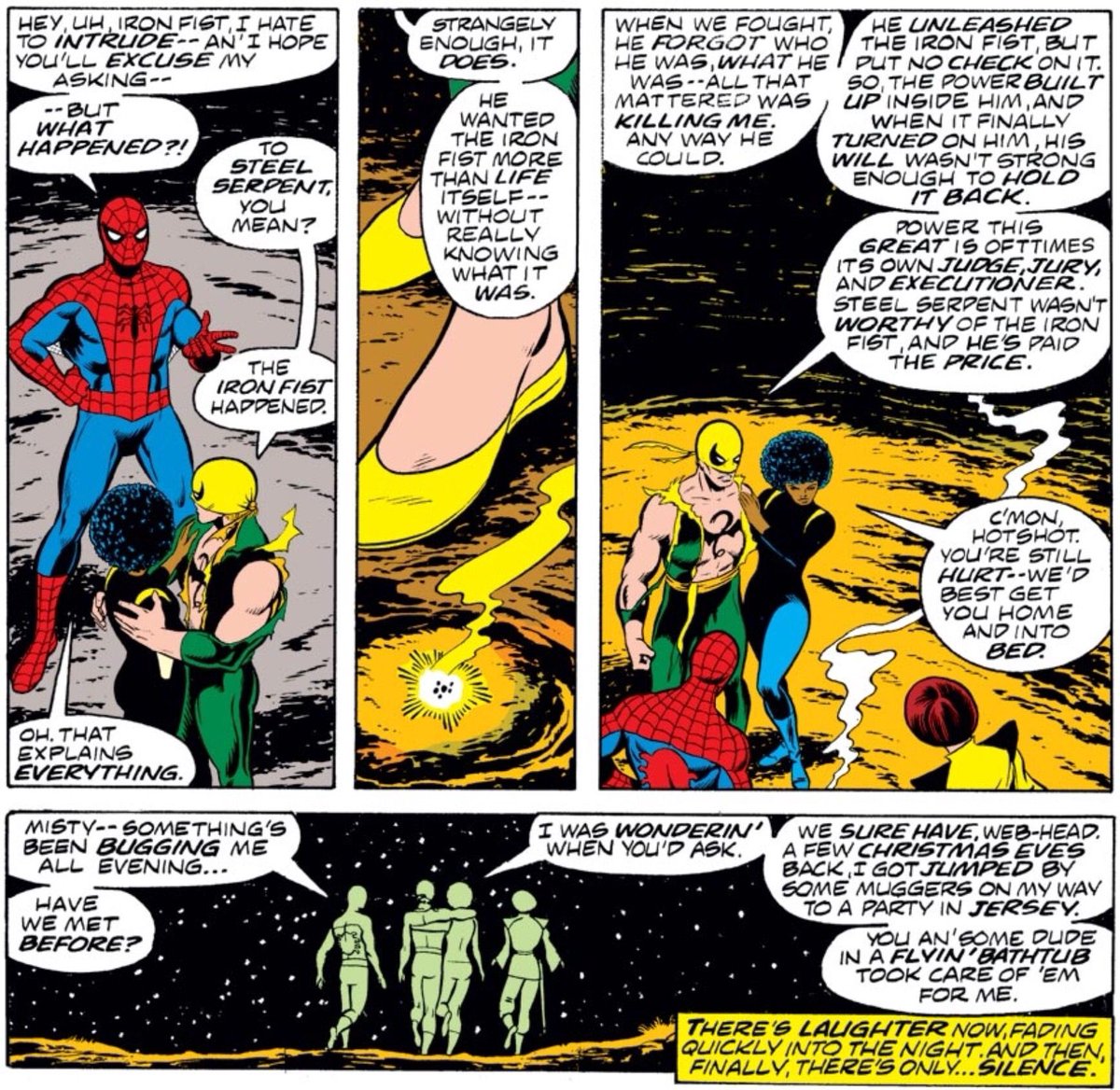 Back to Marvel Team-Up #1, it’s a Christmas issue, which means at the end… 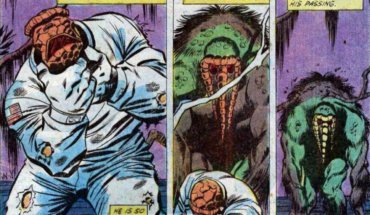 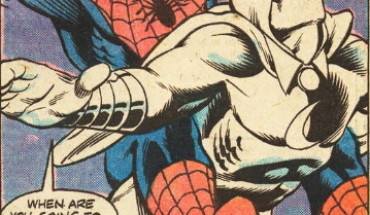 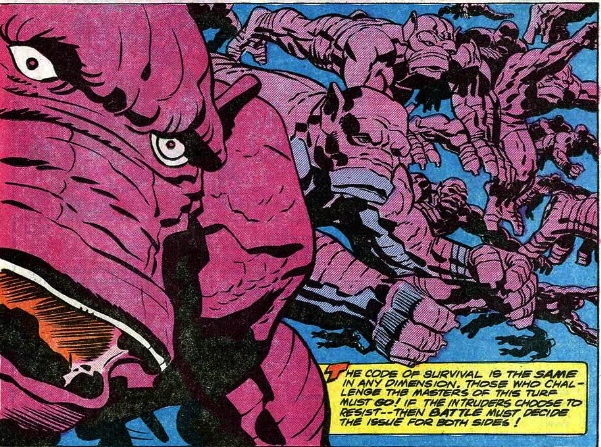