Issues from the mid-1960s that simply pitted characters against each other were common, and it makes sense.  During a formative time, everyone wanted to know who were the best, strongest, brightest, etc. 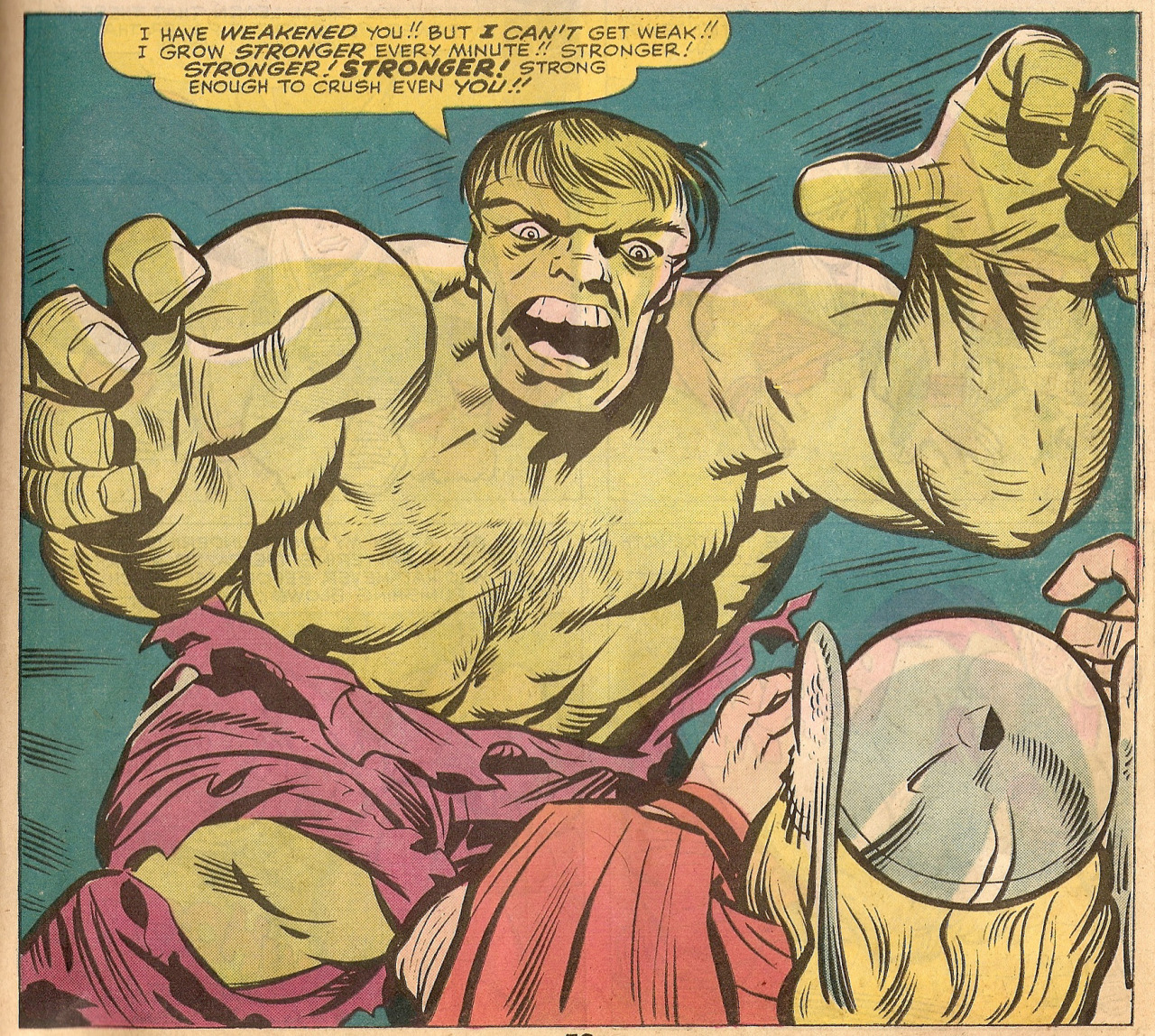 This probably would happen even if heroes were real. 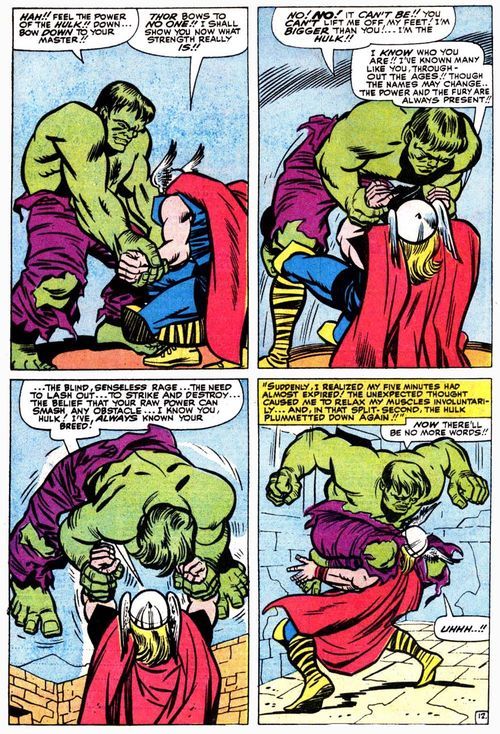 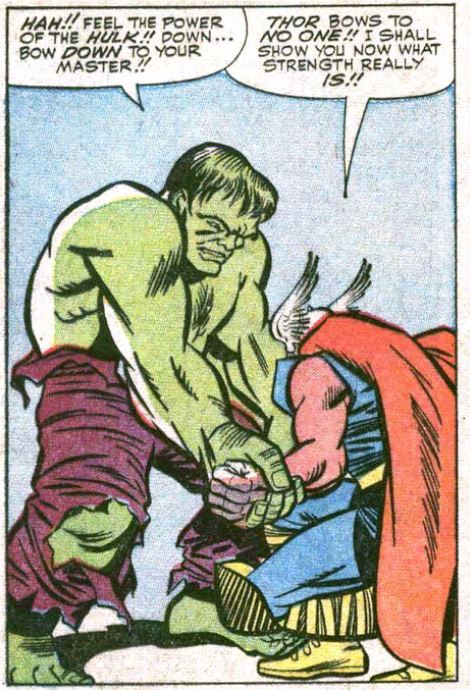 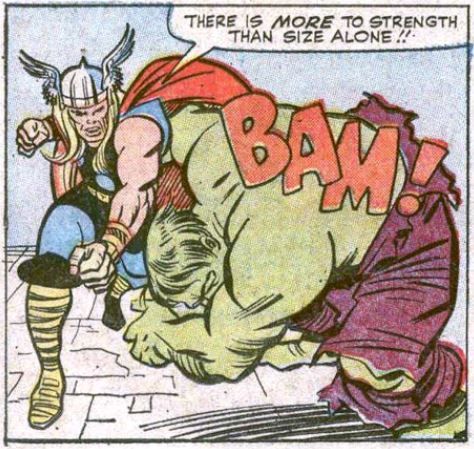 In this story, two kids argue over whether Hulk or Thor is stronger, which inspires Thor to tell the tale of Avengers #3.  In the story, we learn that Hulk actually gets stronger the more he fights.  We also see him lift Thor’s hammer!

…But it was only because Odin disenchanted it, so that Thor could fistfight Hulk without reverting to his Donald Blake form.  Once it is re-enchanted… 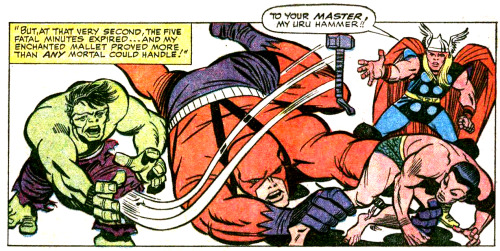 Anyway ,my favorite retelling of a Thor battle was in #356.  Great issue.

The “Tales of Asgard” backup has the origin of Loki.  It’s brief.  He was too short to be a giant so Odin adopted him.  Boom.