Remember last post, when I said that the one where Thing gets shipped into outer space to be a gladiator for Al Capone was one of the weirdest stories so far?  Well, #94–the ninth-to-last issue of Jack Kirby’s run–got stranger.  Ghosts and demons and mysticism abound in Agatha Harkness’ first appearance. 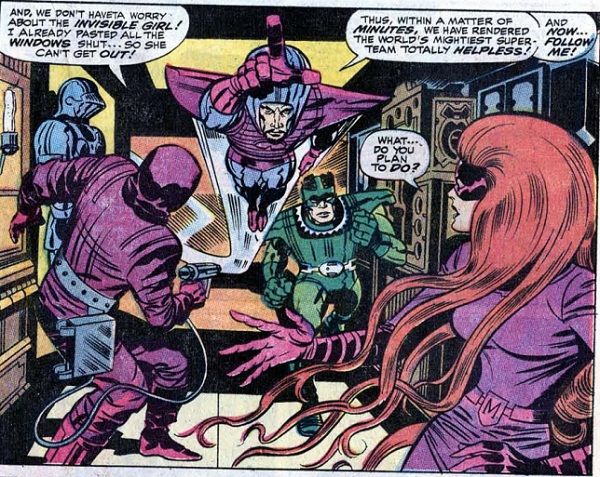 The FF fight the Frightful Four in Agatha’s creepy house, which is full of secret passages and a cat that can turn into a black panther.  But Agatha kicks the bad guys’ collective behinds using magic.  Which, in the end, convinces the Richards’ that she’s the perfect person to raise Franklin Benjamin Richards.  In about 50 issues, she’ll cross over into The Avengers with #128, where she’ll become Scarlet Witch’s tutor.

And at the end, the always superstitious Thing gets a scare… 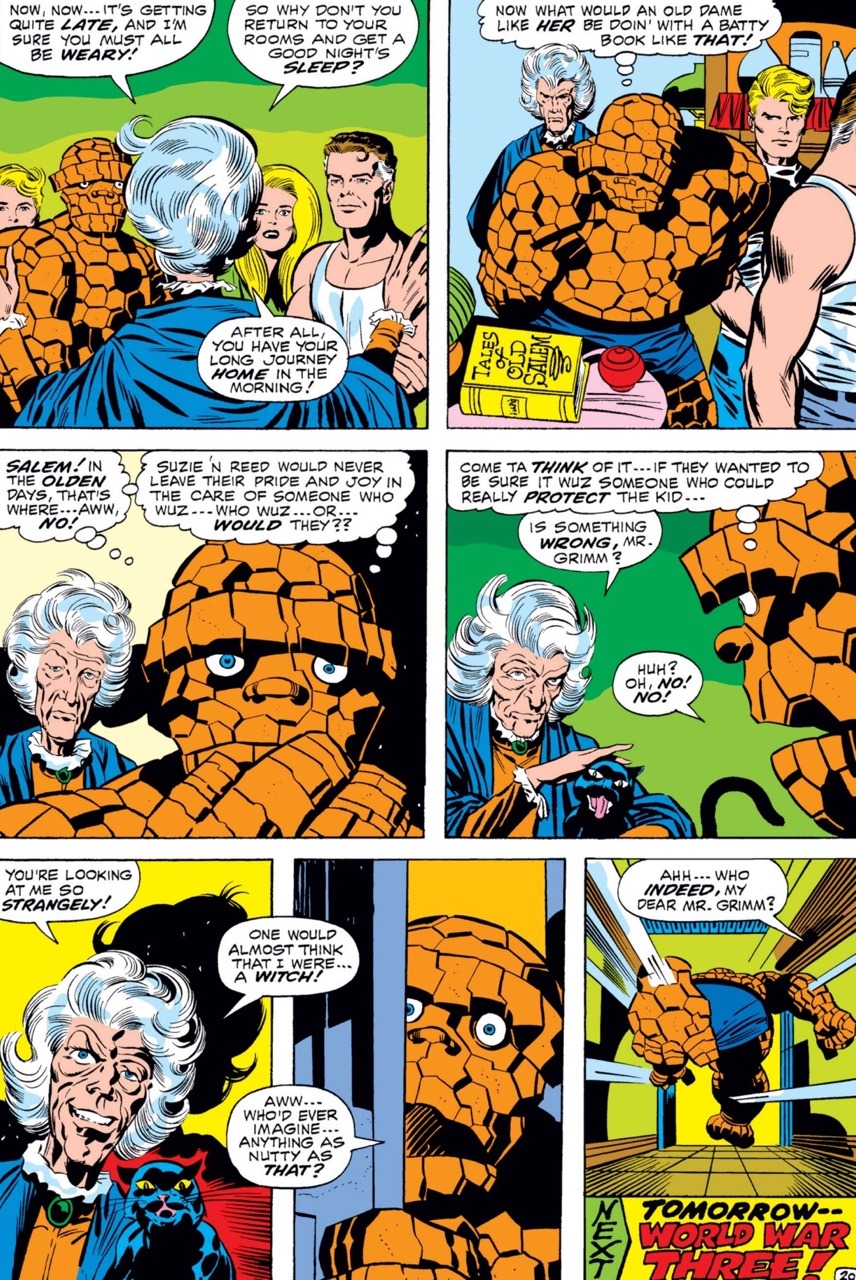 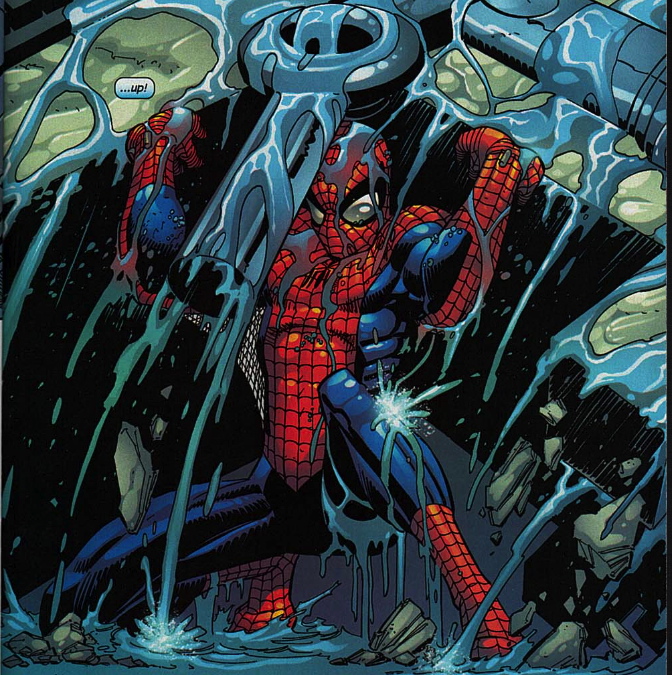