The Baxter Building was blown up, and as a result the portal to the Negative Zone opened.  So, SHIELD and the FF go on a mission to close it.  Which means we get Blastaar the Living Bomburst!

During the battle with Blastaar, Annihilus breaks free from a prison within The Negative Zone, and he then seemingly kills Bastaar (who had wrestled dominion over the NZ from Annihilus and put him in that prison in the first place).  Then, Annihilus does what he does best: Tries to get through the portal to invade Earth.

While trying to breach back to Earth and stop him, Nick Fury, She-Hulk, Invisible Woman, and Human Torch end up time traveling to 1936 Earth.  (Reed is busy fighting Annihilus.)  It’s a fun little side-story in which Nick Fury answers that age old question: If you could go back in time and stop Hitler, would you?

Killing Hitler jolts everyone awake—turns out, none of that happened and they were in the thrall of a mutant from 1936 who makes people sleep and believe their dreams.  It’s a little bit of a cop-out, but okay.

Eventually they return to modern day, Reed stops Annihilus (a little too easily for my liking), and John Byrne prepares to walk away from one of the greatest runs in comic book history.

This arc isn’t as good as earlier Byrne stuff.  Reed “dies” again, which is kind of an old story, but Sue still falls for it.

But I can’t blame John for staying with the series, I’m sure he was making bank and as a comic book writer that almost never happens. But in terms of creativity and as a testament to the overall quality of his run, Byrne is leaving with a whimper not a bang.

Not unlike Marvel Comics itself; 1978-1985 was really the high watermark of the company, which went bankrupt in the 1990s and only started to come back creatively about a decade ago.  And this arc came out in 1986.

We’re in a renaissance of comic book creativity today–but it’s certainly not all Marvel.  I daresay that Marvel isn’t even the industry leader in terms of fresh and exciting ideas anymore.  I still love their comics, I still love their characters, but the real “revolutionary” storytellers are doing their best work in indie books.

Oh, and this story?  It was all a dream. 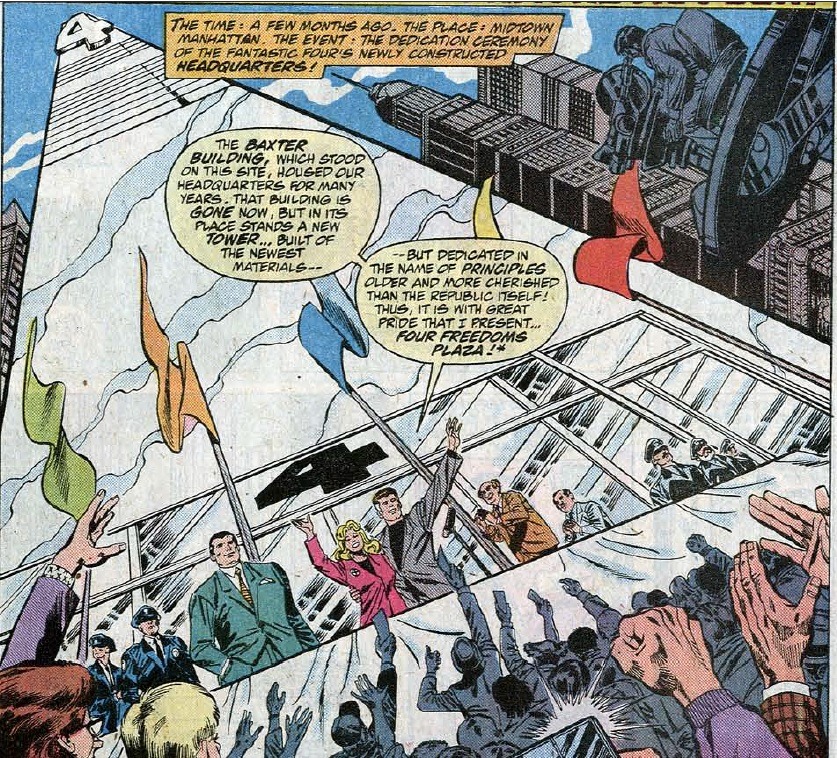 In this arc, the team buys the area where the Baxter Building used to be, before Dr. Doom destroyed it, builds a new building, and renames it Four Freedoms Plaza. 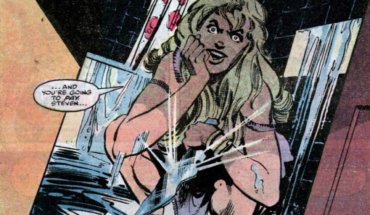 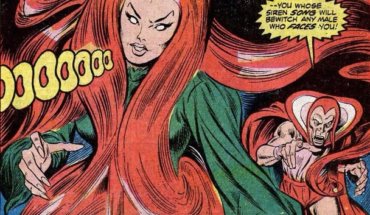