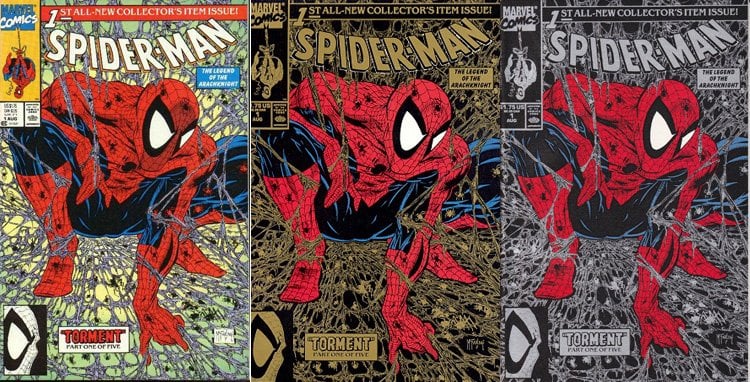 By 1990, we had Amazing, Web, and Spectacular Spider-Man.  So naturally, we needed another monthly title.  Actually, it was to lure Todd McFarlane back to Marvel.  And I guess it was kinda worth it.  Besides the incredible sales, we get some really good art and some action-packed issues.

Lots of folks say this wasn’t a great book, and they’re right, but it was fun.  I think it’s also the first time we had a single writer/artist creator on Spidey.  We’ve seen it with Thor and Fantastic Four before, but not here.

The first story arc is “Torment,” and it focuses on a Lizard story where Spider-Man is barely ever out of costume.  As far as Lizard stories go, they’re all pretty much the same.

This one has him much more savage, actually killing people, but hey, it’s the 1990s.  Also Kraven’s girlfriend Calypso is involved, but not Kraven himself.  (Huh?)  She uses her drums to make Lizard into a more violent creature—essentially exonerating him from being too “bad” a bad guy.