Yes!  Not only do we get an appearance by one of the most fun supervillain gangs, but we get the BEST appearance by them so far!  This is the first confirmation that the creative team on these issues will become powerhouses. 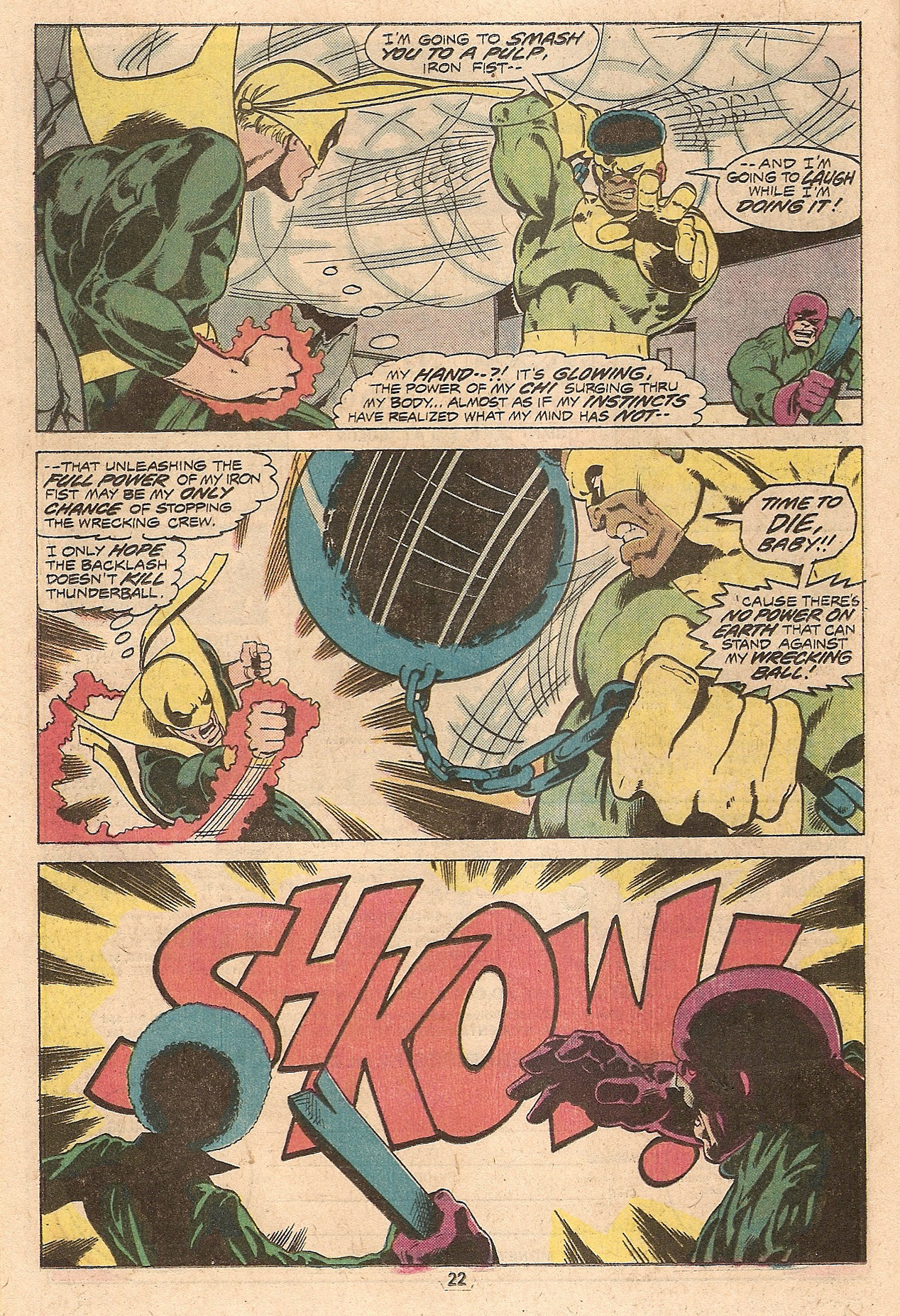 The team breaks out of prison and comes to NYC looking for Thor.  They find Iron Fist, who fights them and seems to learn for the first time, that his “fist power” may have a mind of its own.

During their first battle, the Crew takes Misty Knight hostage and Iron Fist agrees to lure Thor back to their hideout so that they can complete their mission of vengeance.

To do so, he has to break into Avengers’ Mansion.  This is a fairly regular occurrence in late 1970s/early 1980s Marvel.  The Mansion security really sucks.  Sometimes, we get to see cool battles against robotic security devices.  This time, all Danny Rand has to do is pop through a second-story window and scare Jarvis. 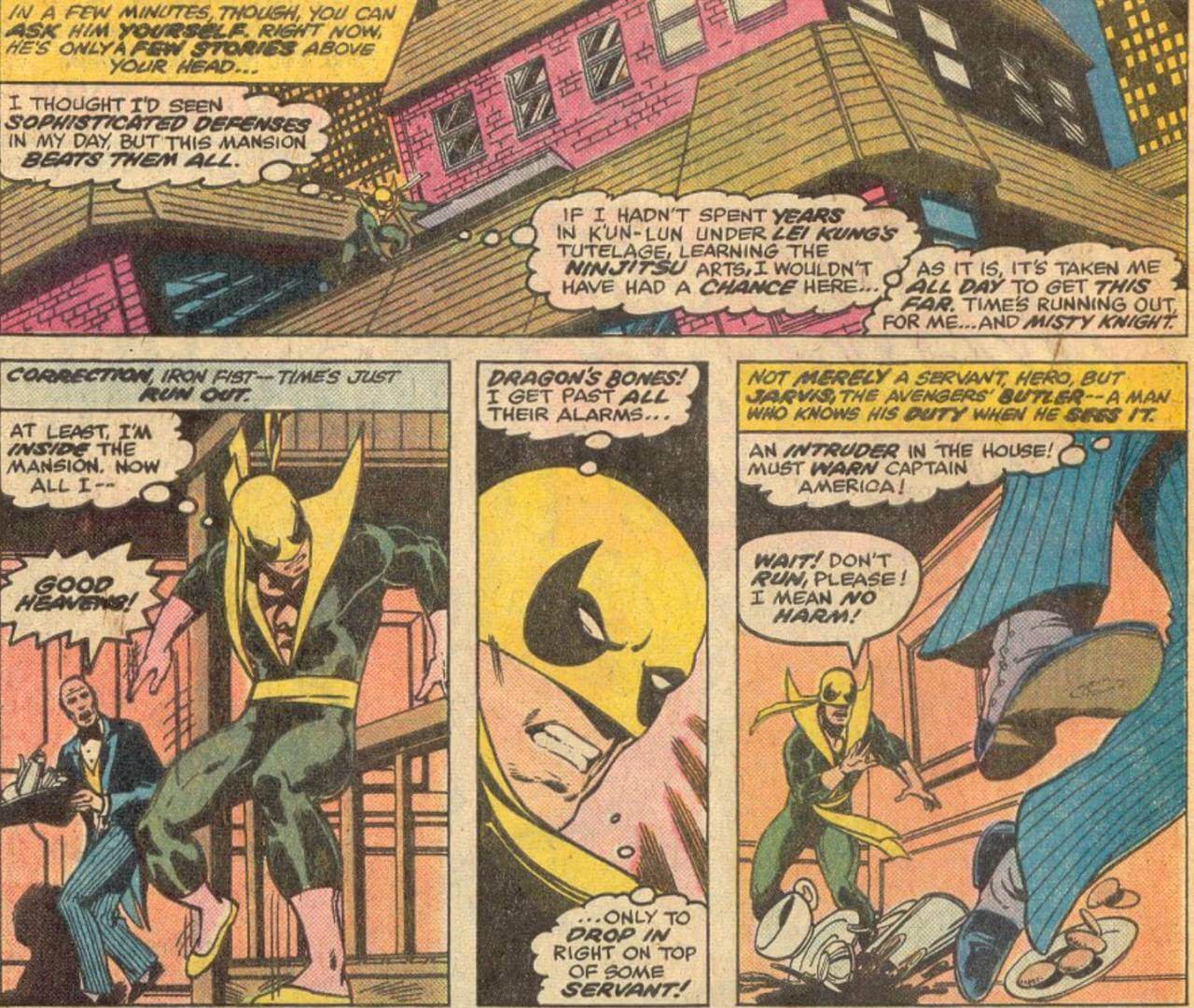 Turns out, Thor’s not home.  But Captain America is. 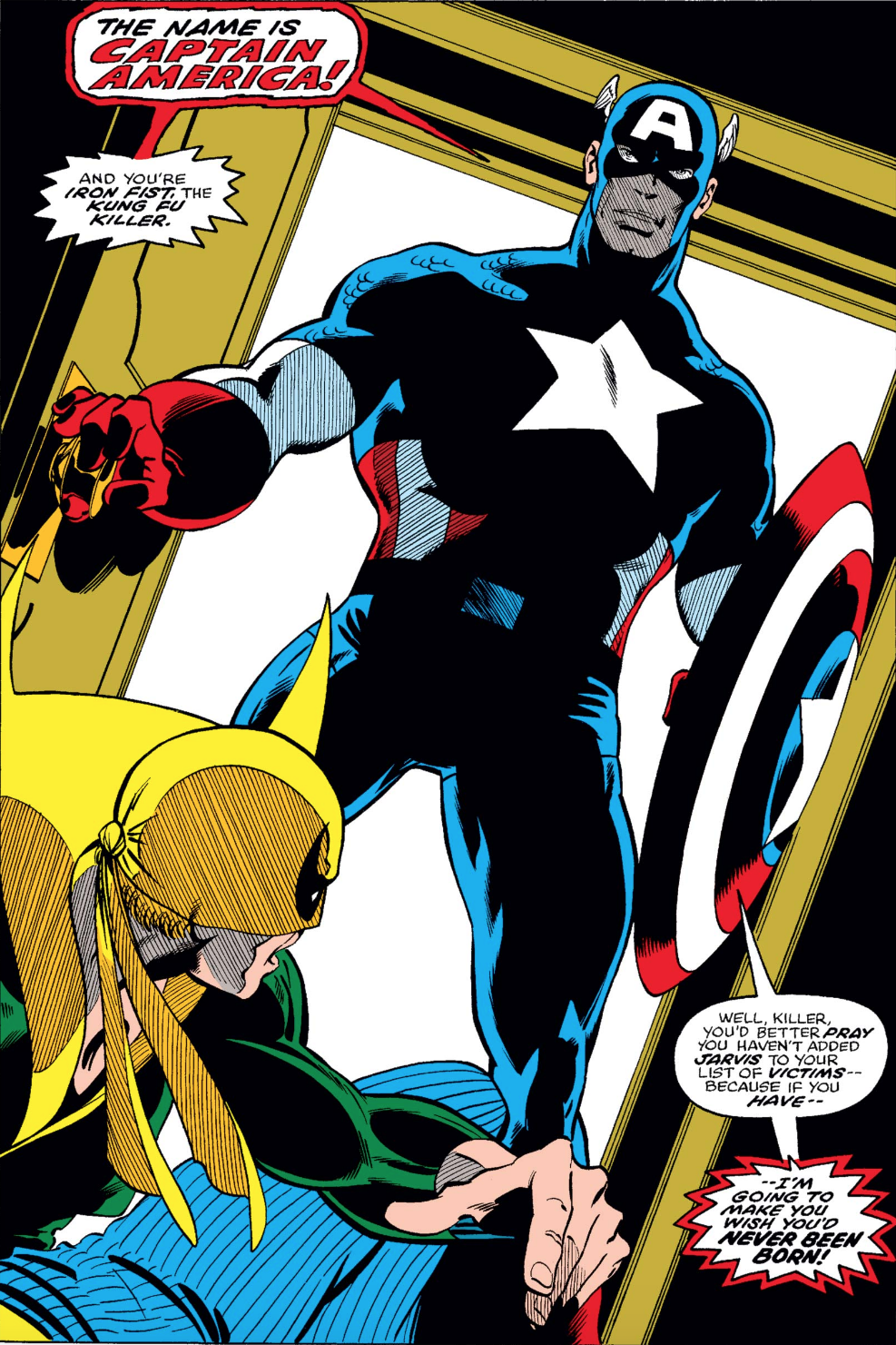 So we get a good “I don’t know you so we have to fight” fight.  That’s fun. Cap is basically winning when they finally decide to talk instead of punch.  From there, they take out the Crew together.  We get a few sequences like this… 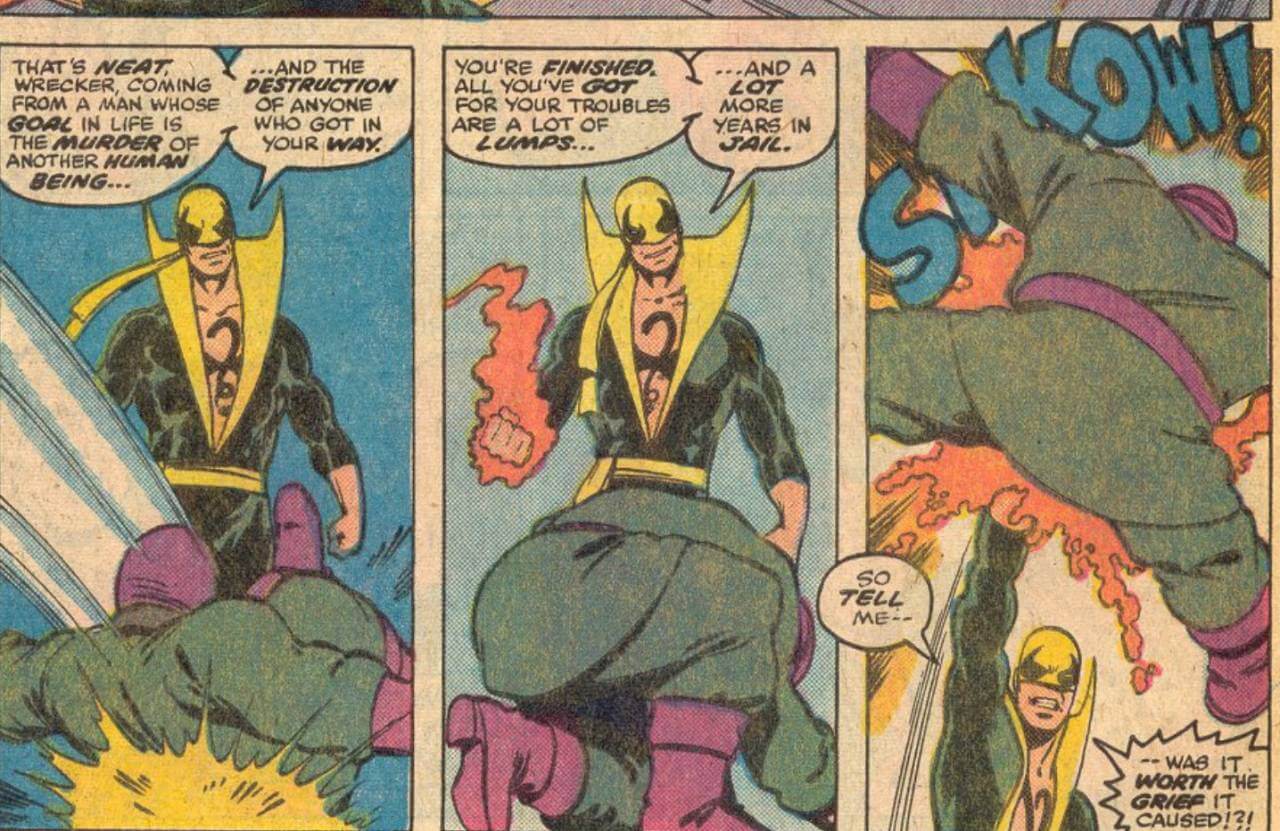 …Which feel very similar to later X-Men sequences.  The final battle is even in The Avengers’ “Danger Room!”  They’ve 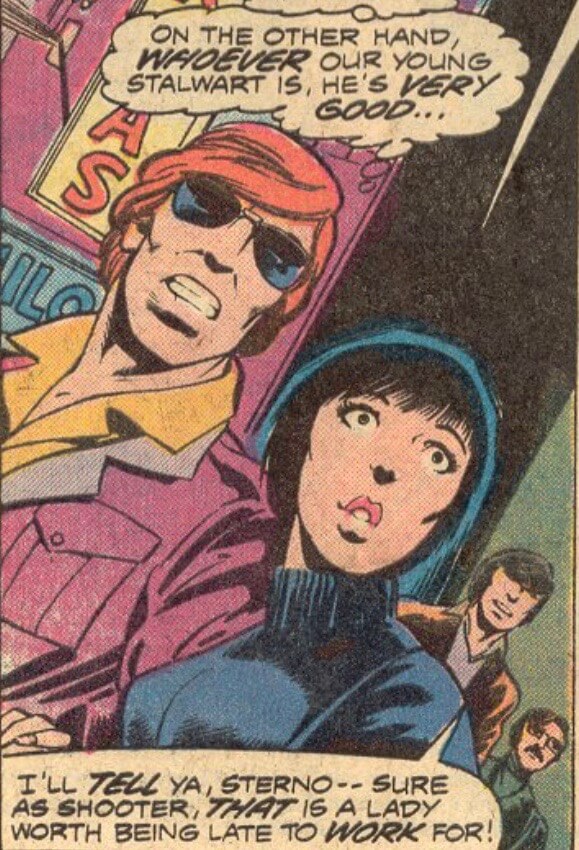 never had a Danger Room before, and I don’t think they’ve had one since (but we’ll see).

Creators: Chris Claremont and John Byrne
Grade: B+
For the complete history of the MU, year by year, go here. 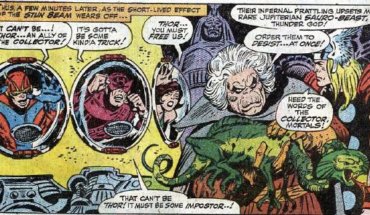