Thing is the team’s new leader, and his first acts are to recruit Crystal of the Inhumans.  She comes to the FF’s HQ to visit her husband, who the team captured last issue when he attacked them—holding them responsible for Crystal having cheated on him.  He’s crazy, and while it’s good to see Crystal stand up to him (above), he then assaults her. But Crystal is hardly a shrinking violet.  She can control the Earth.

And, basically, she kicks her husband’s ass.  And then dumps him.

And then joins the FF. 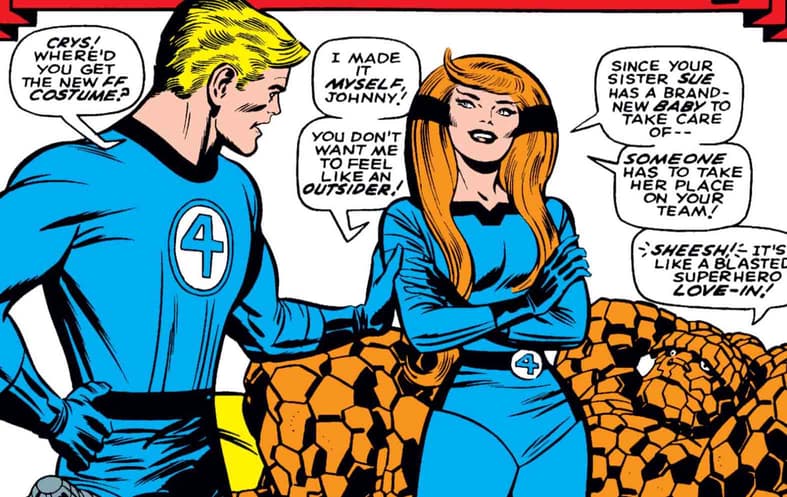 Very nice sequence, and the best part of this issue.

Also, she’s having indigestion from the Terrigen Mists, so Reed makes an antidote. 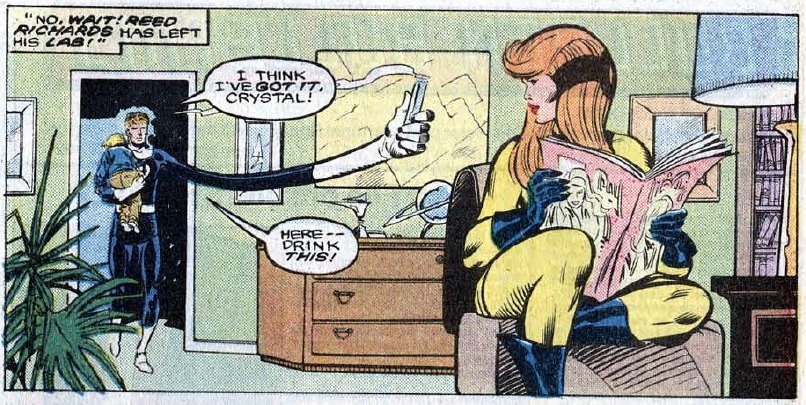 It’s a bit ridiculous that he is a biochemist, mechanic, robotics expert, biologist, chemist, physicist, etc. etc.  He can do anything science!

For the rest of it, Johnny Storm—who just married Alicia, the woman Thing had been dating for like two decades worth of books—throws a fit because he used to date Crystal and now Thing has brought her on to the team.  So Johnny is a hypocritical jerk.

It’s about time Thing had it out with Johnny, but I don’t recall him having super breath.
In all, a good comic.

And in other news, Franklin Richards looks creepy now. 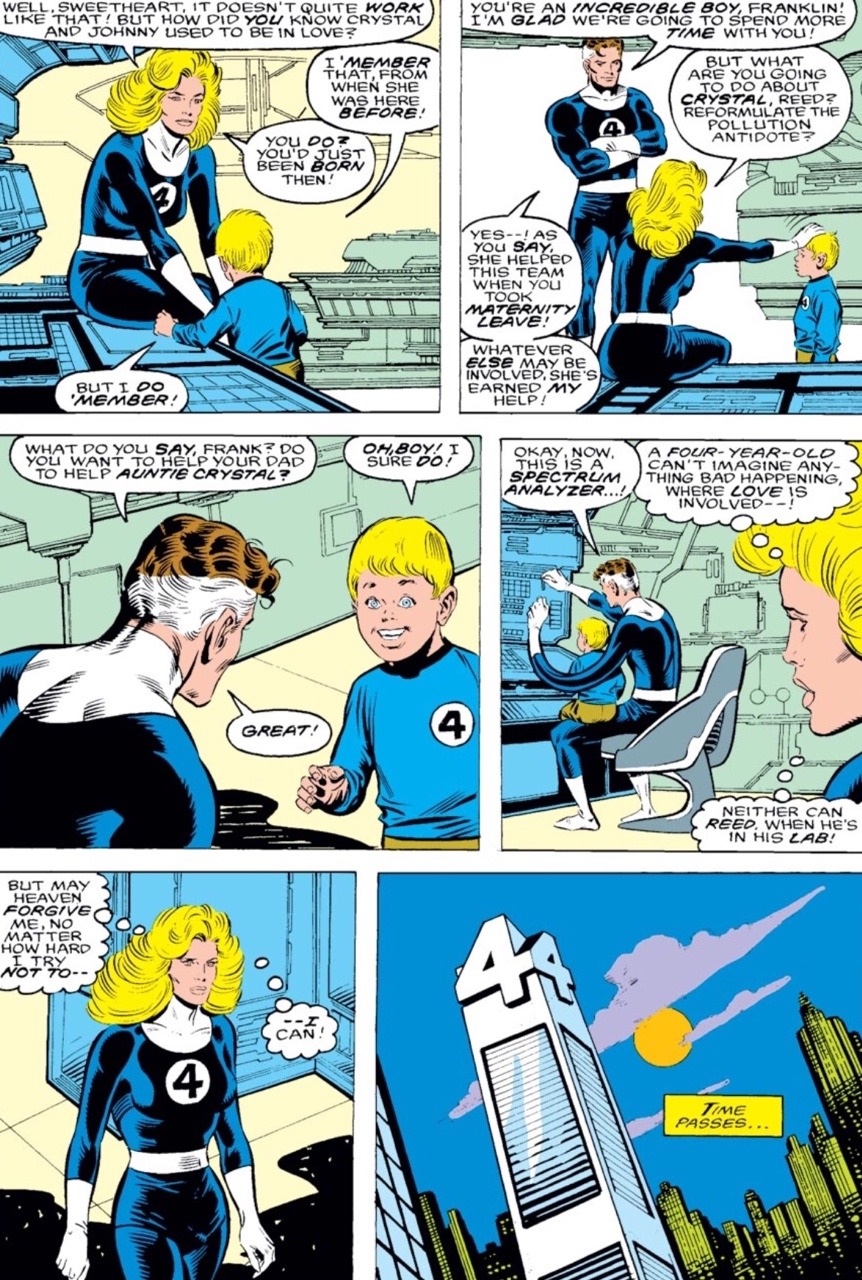