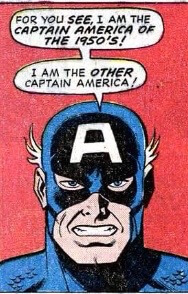 This is the famous story where Steve Englehart tries to reconcile the fact that Marvel’s Captain America was frozen in ice before the end of World War II, but Timely Publications published Cap comics in the 1950s.  The solution: Two Caps!

Only this one is a racist who refers to Falcon as a “darkie” and “blackie.”  He was also the product of a super soldier serum, and this one went through animal testing. 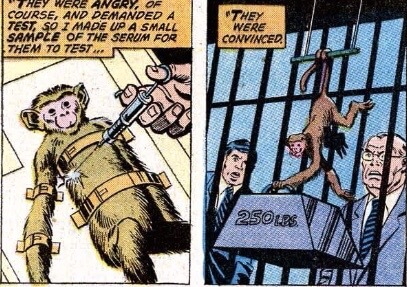 Does anyone know if that Monkey was ever used in future books?  Seems like an opportunity…

Anyway, of course Cap and Falcon take out bad Cap and bad Bucky.

Bad Bucky is Jack Monroe, who will become Nomad many years from now.

The actual final battles are pretty short, but Falcon gets the best takedown sequence: 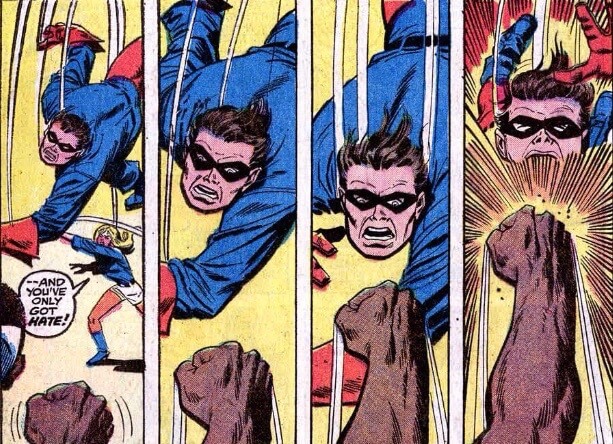 It’s a brilliant way to reconcile continuity questions and also make a statement about how a symbol of America might represent our country’s darker side, rather than our high ideals.  It’s widely recognized as one of the best Captain America stories of all time. 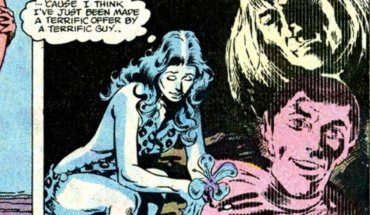 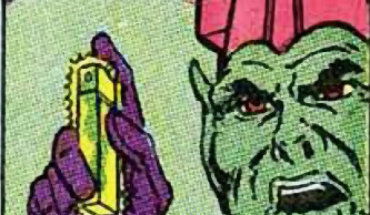 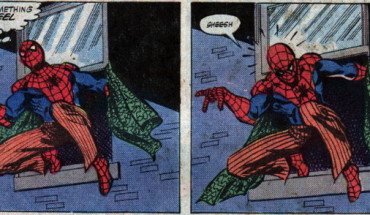