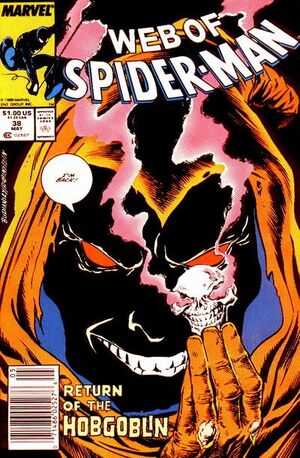 The cover of this issue promises us the “return of the Hobgoblin,” but as far as returns go, it’s pretty lame.  But intentionally so.

Jason Macendale is the guy who hired The Foreigner to kill the real Hobgoblin (Ned Leeds), so he could take over the identity.  And he doesn’t do it well. 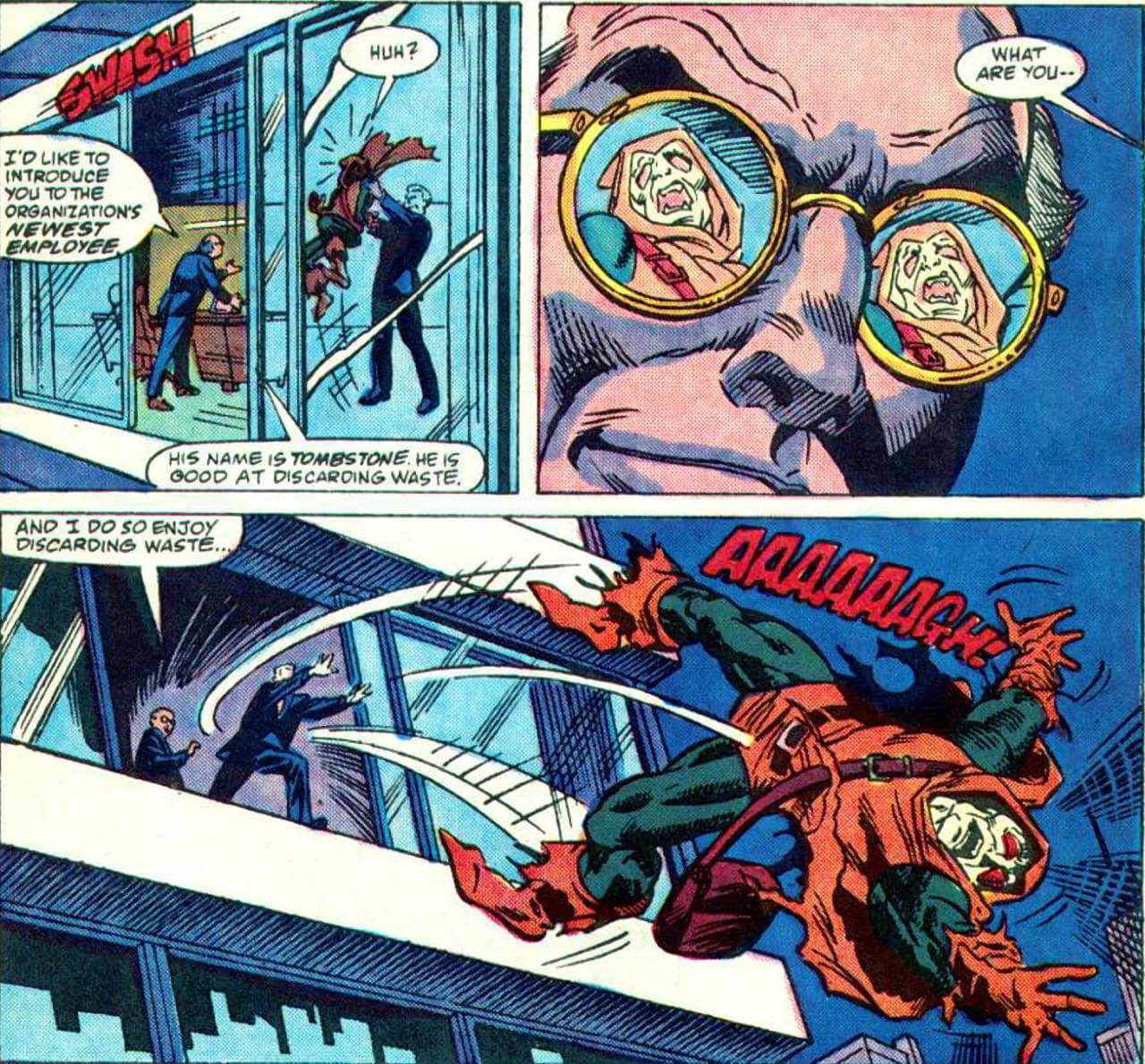 First, Tombstone throws him out a window.  Then, Spider-Man is drunk from a big party with Mary Jane and he pretty easily takes down this new Hobby.

Oh, and speaking of that party–look at the background conversation. 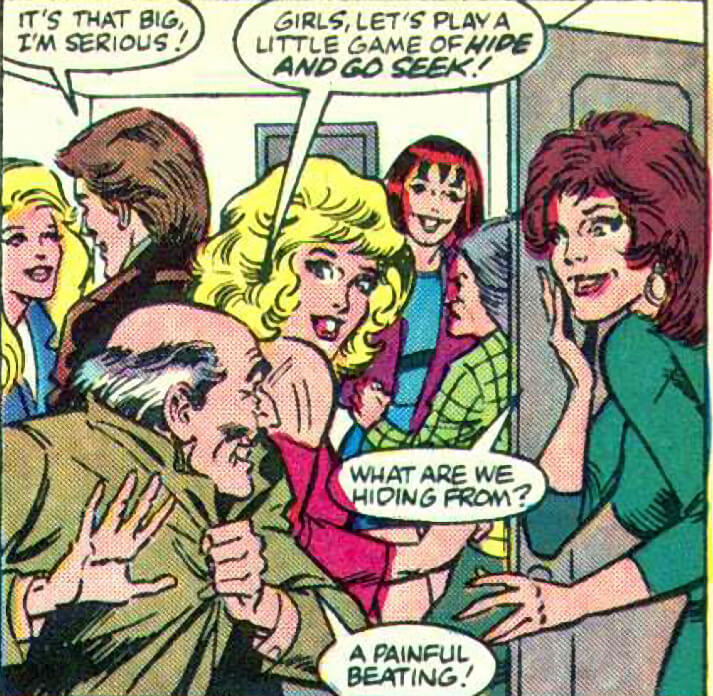 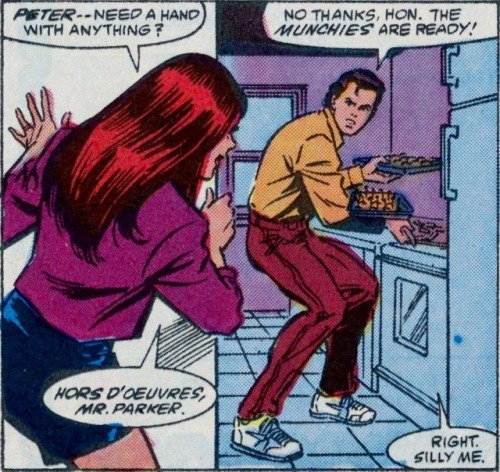 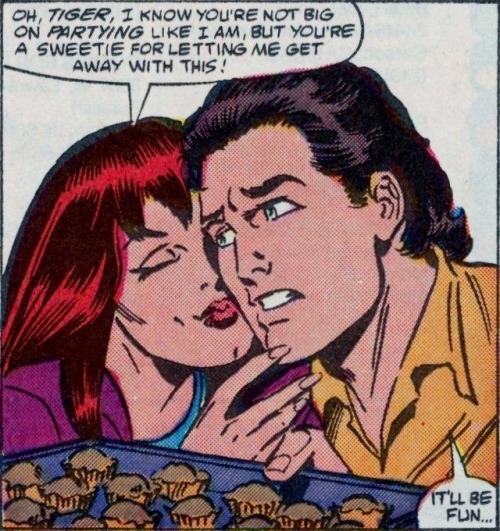 An offbeat, kinda humorous story from a future writer of Deadpool. 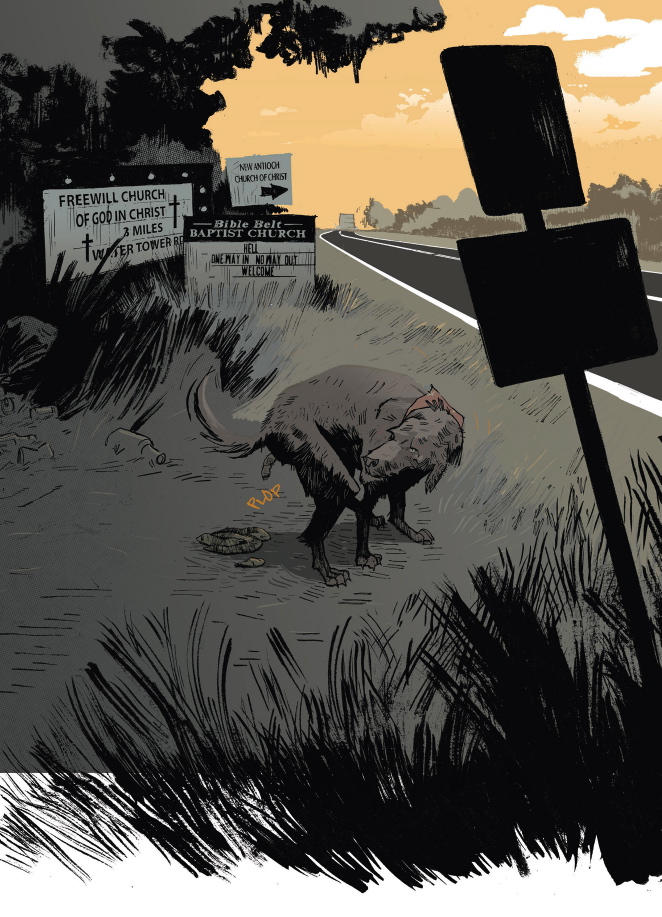 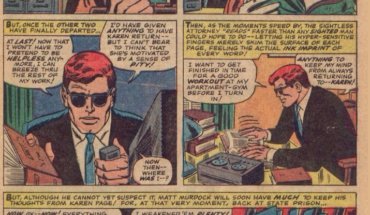 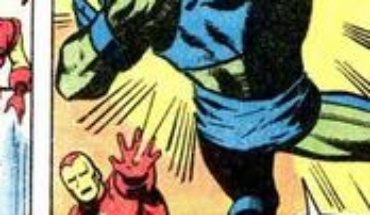