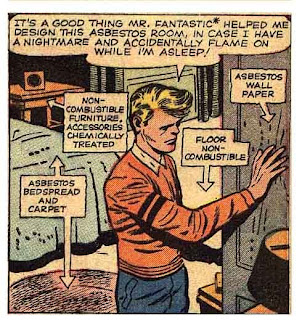 Like Tales to Astonish and Tales of Suspense, Strange Tales was an anthology title that gradually became a Marvel Universe book.  It started with #101, which was the first Human Torch solo-story.  In the grand tradition of never leaving money on the table, Stan Lee knew the Fantastic Four was a hit comic, so he tried to expand the title.  This was still prior to a full-fledged “shared universe,” but we did see very brief crossing-over with The Fantastic Four. 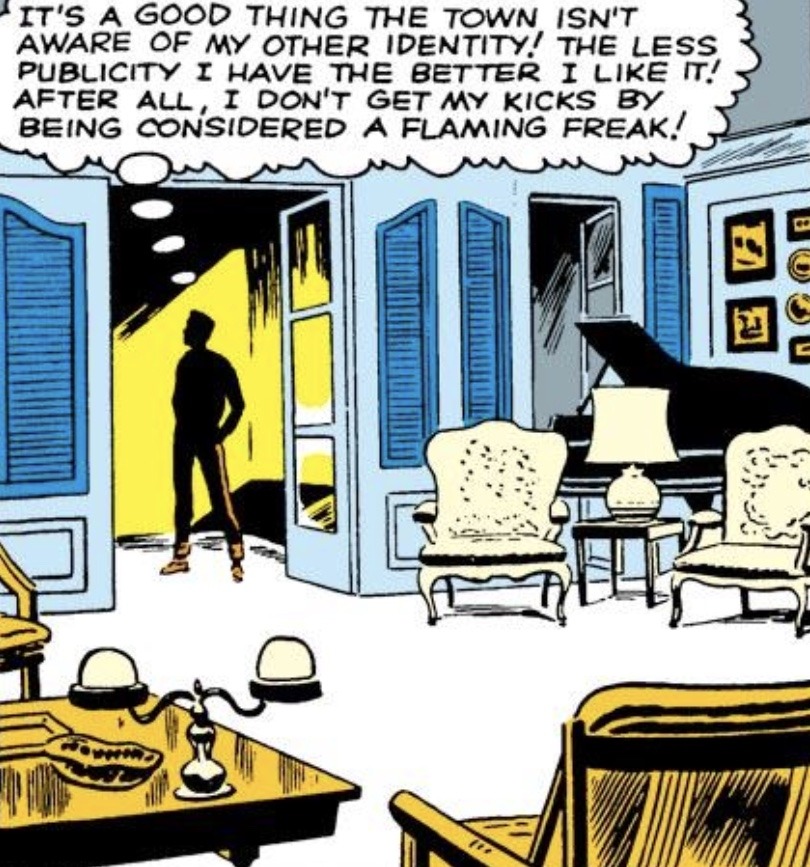 It started with siblings Johnny and Susan Storm moving into a house in upstate New York.  But in reality, this book is a Human Torch solo book.

Issue #101 introduces the concept and has a quick anti-Commie plot.  And there is a map!  And it’s pretty fascinating.  Johnny has detailed undersea maps, which me must assume means he is tracking Namor.  And he researches pyrotechnics and star charts and “experiments with chemicals”–and yet he never seems very brainy! 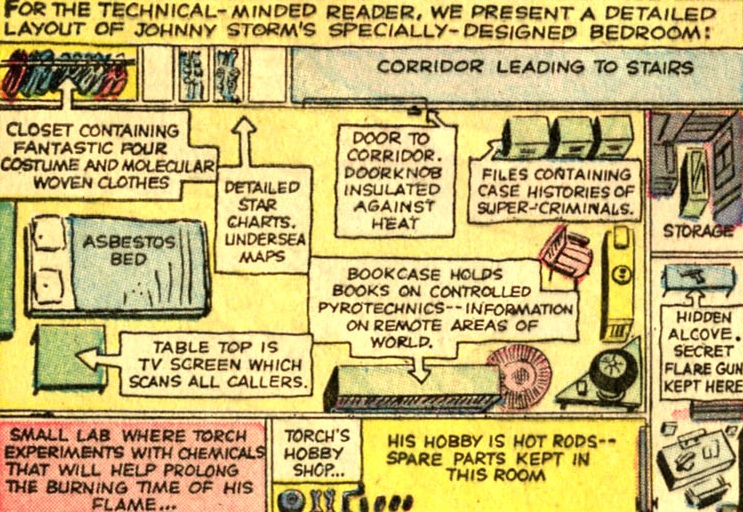 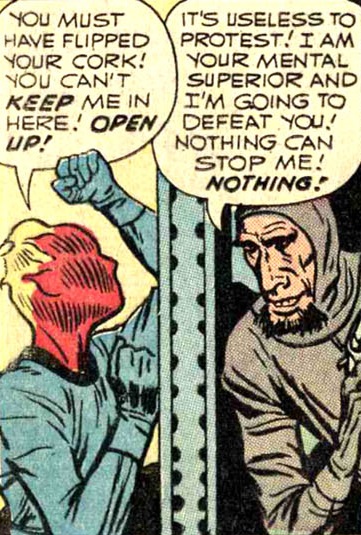 He doesn’t look much like the character will quickly become, but it’s the same dude.  He sets Johnny up as a criminal, but gets foiled in the end. The first appearance of Trapster!

Also in the early Strange Tales stories, Johnny Storm is a “secret identity” for the Human Torch, even though in Fantastic Four he never wears a mask and appears with his sister all the time.  In issue #106, though, they “explain” it by saying that the town Johnny lives in was just humoring him and they knew all the time.  Thus they’re abandoning the secret I.D. concept–a wise choice.

First Appearance: The Wizard (#102), Paste Pot Pete (#104).
Grade: D.  Below average, pretty much fodder for a pulp machine and nothing else.