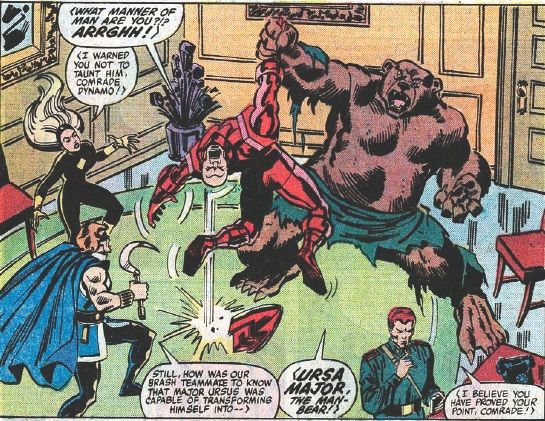 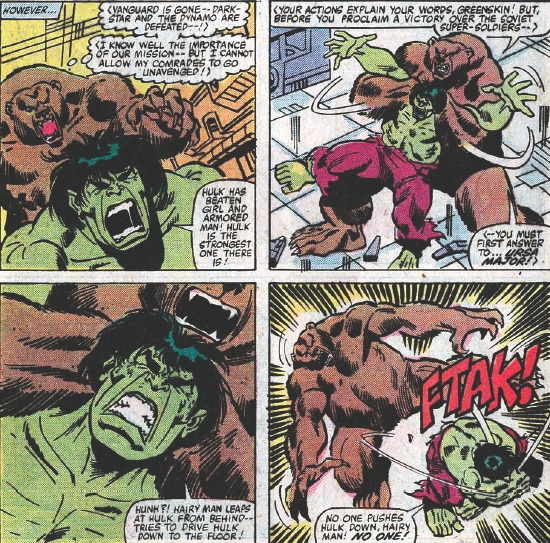 Also, since we’re in the USSR, we get a gratuitous Crimson Dynamo cameo.  It takes two issues because we get a ton of backstory about the Soviet Super Soldiers, including that their origin came when a Russian psychic mutant tracked each of them down and recruited them to serve Mother Russia. 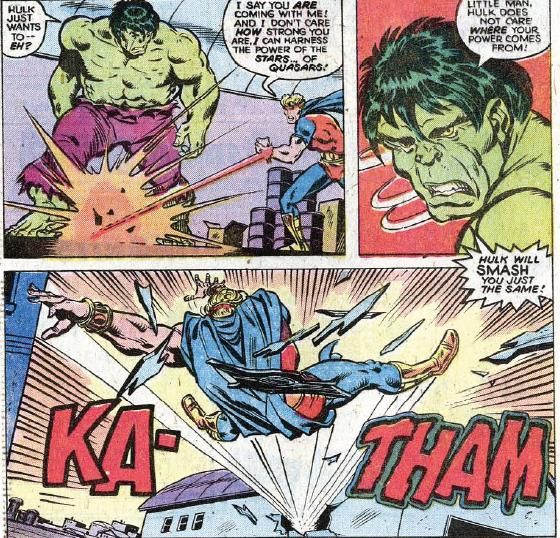 Also, a Russian super-powered baddie is the dad of both Vanguard and Darkforce—they’re siblings.