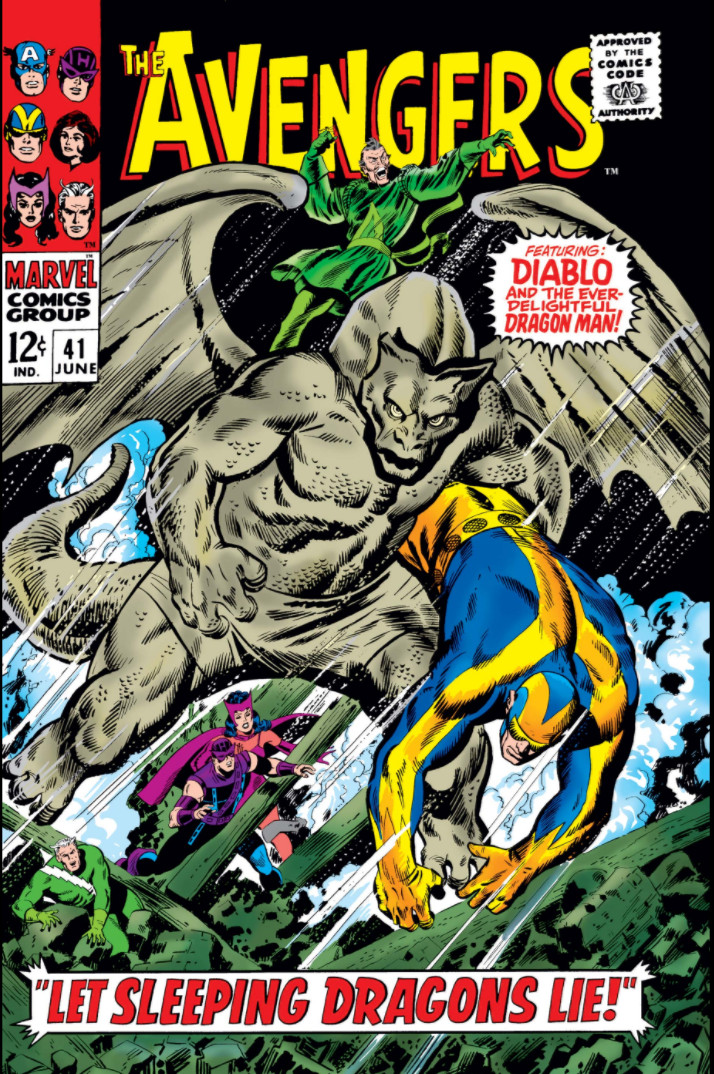 Artist Don Heck, king of the serviceable and mediocre, leaves the title and a true industry giant comes aboard: John Buscema.  He’s not a legend yet—he’s been in the medium already for over twenty years, but comics in the 1940s and 1950s just weren’t that important.  Joining Marvel and helping recreate the industry, he will become one of the most celebrated comic artists of all time.

Well…It’s still Roy Thomas.  The actual plot is a mess: Diablo returns and wants to regain control over Dragon Man, who for some reason Reed Richards gave to Goliath, so he turns a building into gold, which seduces Dragon Man.

The two capture Hawkeye, and the rest of the team rescues him. 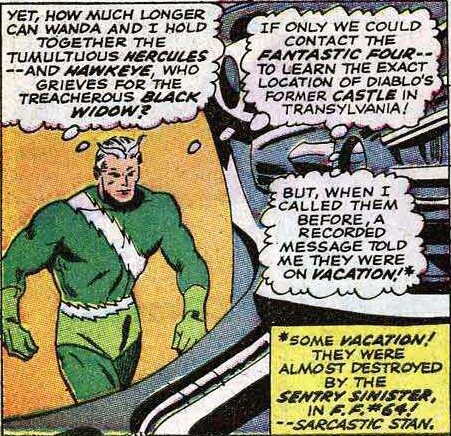 Also, Captain America returns to the team to administer the coup de grace against Diablo.  Hercules is fun in this issue.

So, did having a new artist help? Yes.  Did it make this a great couple issues?  No.  But they were better, for sure.