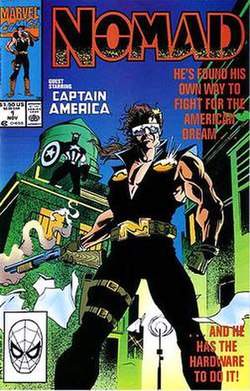 From the get-go, it’s clear that this is a Jack Munroe Punisher version of Nomad.  It’s gorey and extremely violent.  But where Punisher kills guys and then moves on to the next one, Nomad is woven into the Marvel Universe so the drug dealers have to be tied to something bigger.  And the U.S. government has to hunt Nomad down through Henry Gyrich and Valerie Cooper.  But there’s really nothing new here—it’s mindless, and not very good.

In the end, there’s a big confrontation with Captain America over Nomad’s methods, and Cap beats him up until he agrees not to kill people anymore.

Getting a solo series got Nomad a playing card… 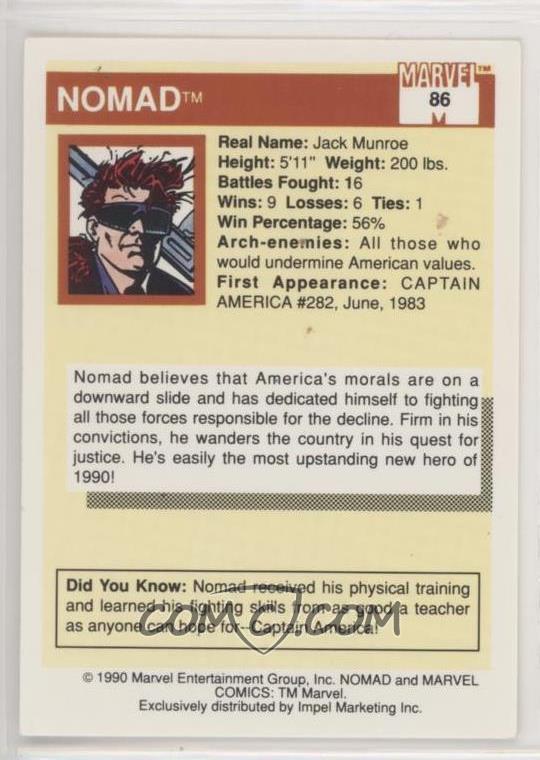