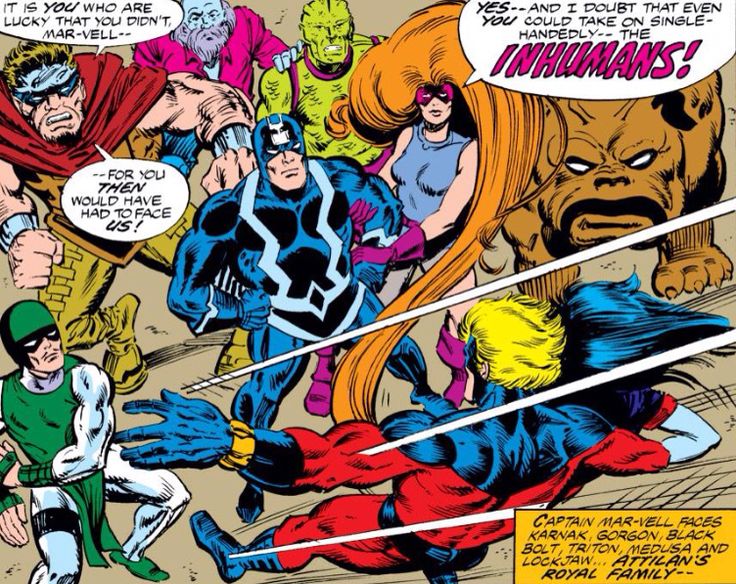 This issue starts with a wrap-up from last issue, where Mar-Vell and Rick Jones got the ability to use their own bodies in the same dimension at the same time, for the first time in years.  Then, it’s on to a Mar-Vell solo adventure with The Inhumans.  It’s done-in-one.  In the panel above, Medusa shows a remarkable and uncharacteristic amount of humility.

Also, her estimation doesn’t count the fact that all Black Bolt would have to do is whisper and he’d obliterate Captain Marvel.

I’m not a huge fan of Rick Jones, so I’m hoping this means he’ll be out of the picture for a while.  There’s a little side note where he yells at his manager for using his relationship with The Avengers to sell tickets.

Come on, Rick.  Whatever gets the asses in the seats, you do it.

Also, Milgrom’s art is better here than usual.  I think his cosmic-character work is some of his best.