I really don’t understand John Byrne and Marvel’s relationship in 1990.  He’s quitting/getting kicked off The Avengers and She-Hulk due to conflicts with editorial, but he’s hired to reboot Sub-Mariner.  I haven’t read this book before and don’t know what’s going to happen, but I’m betting at some point Byrne will leave in a huff without resolving a bunch of storylines.

Anyway, issue #1 sets the tone for the “all new” Namor.  He becomes an executive in order to fight the surface dwellers using the language they understand: Business and money.  The first “twist” Byrne introduces is that Namor, who is part human and part Atlantean, goes “crazy” if he is out of water or away from the surface world for too long (this is how Byrne explains Namor’s excessively temperamental attitude throughout history).  Thus, he literally has to straddle both environments. 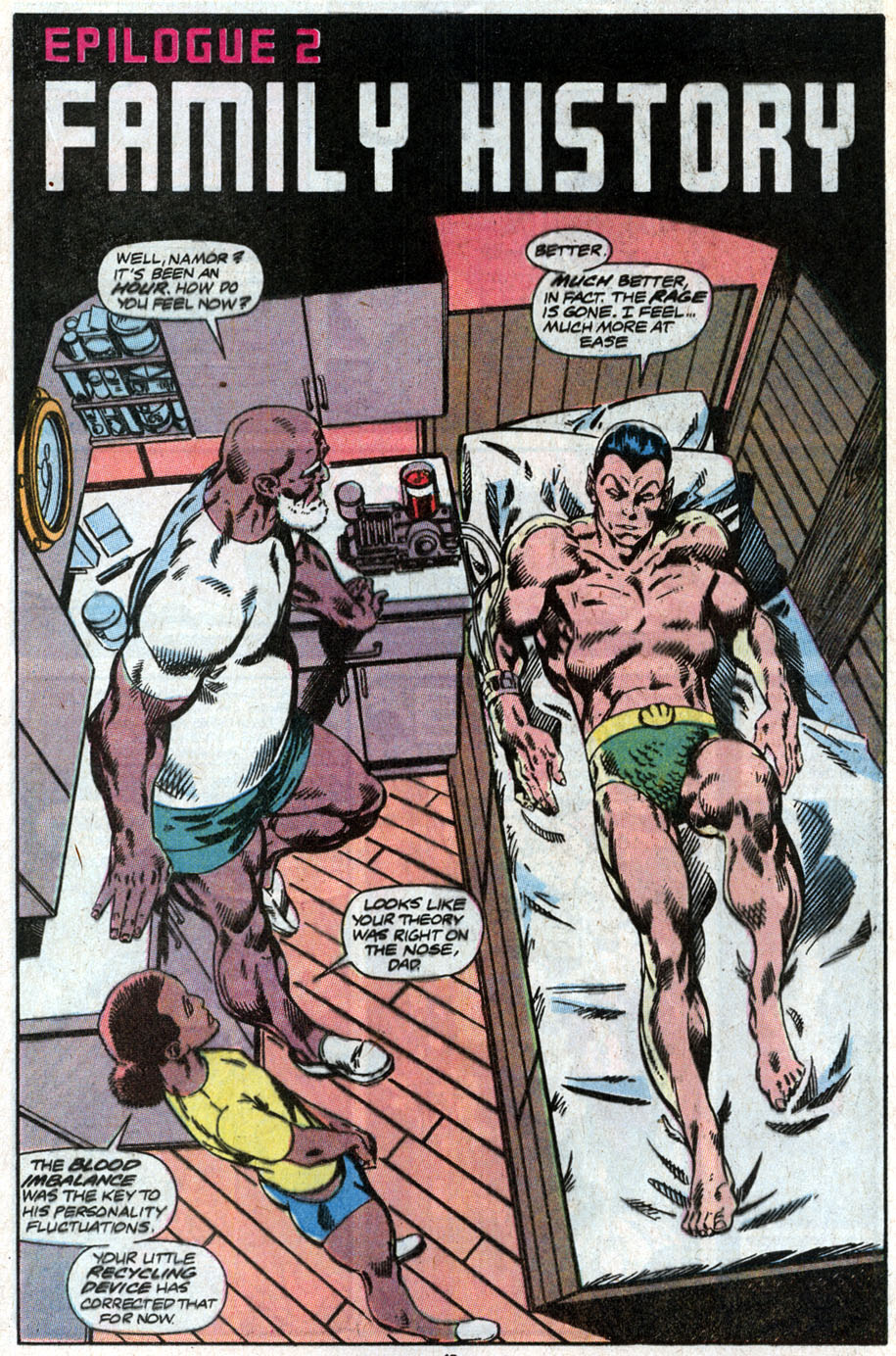 Two scientists explain this to him, and to Byrne’s credit, both are nonwhite. Carrie Alexander, the female scientist, is a love interest for Namor, who puts her and her brother in charge of his new corporate enterprise, title Oracle.  Despite the fact that Namorita is also part of this story.

Anyway, two redheaded corporate competitors named The Marrs Twins hire Griffin to attack and kidnap Carrie.  The Marrs Twins will be the human villains in this book for a long time. 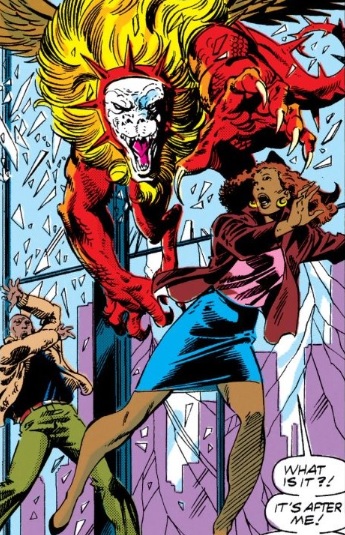 I should say that Namor is trying to lay low during these early issues, and is letting the world believe that he is dead. 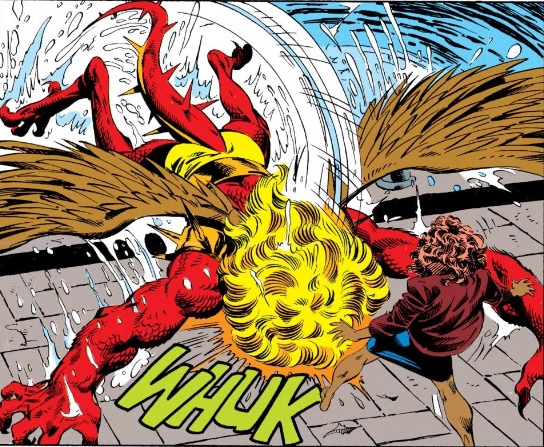 After clobbering him, Namor turns Griffin into his personal steed. 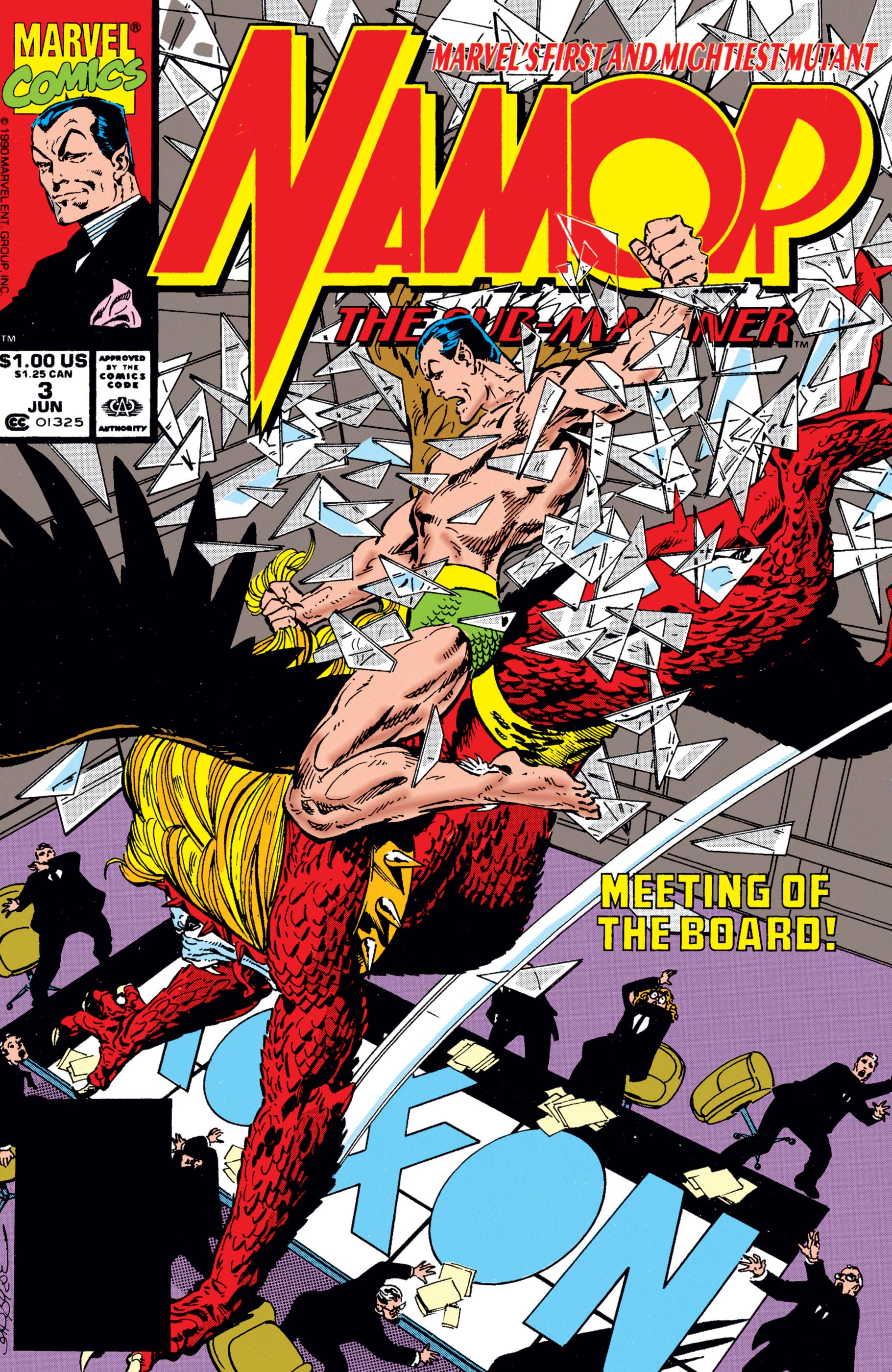 So, lots of set-up.  We end up with a few villains established, Griffin as part of the “good guy” team, and Namor and Namorita being just friends now.