Finally, an issue of Quasar I can get behind, if only because it features a variation on my #1 favorite Marvel villain: MODOK.  AIM creates her to sell to folks who hire them for their scientific mercenary skills.  A bunch of villains have one-panel appearances. 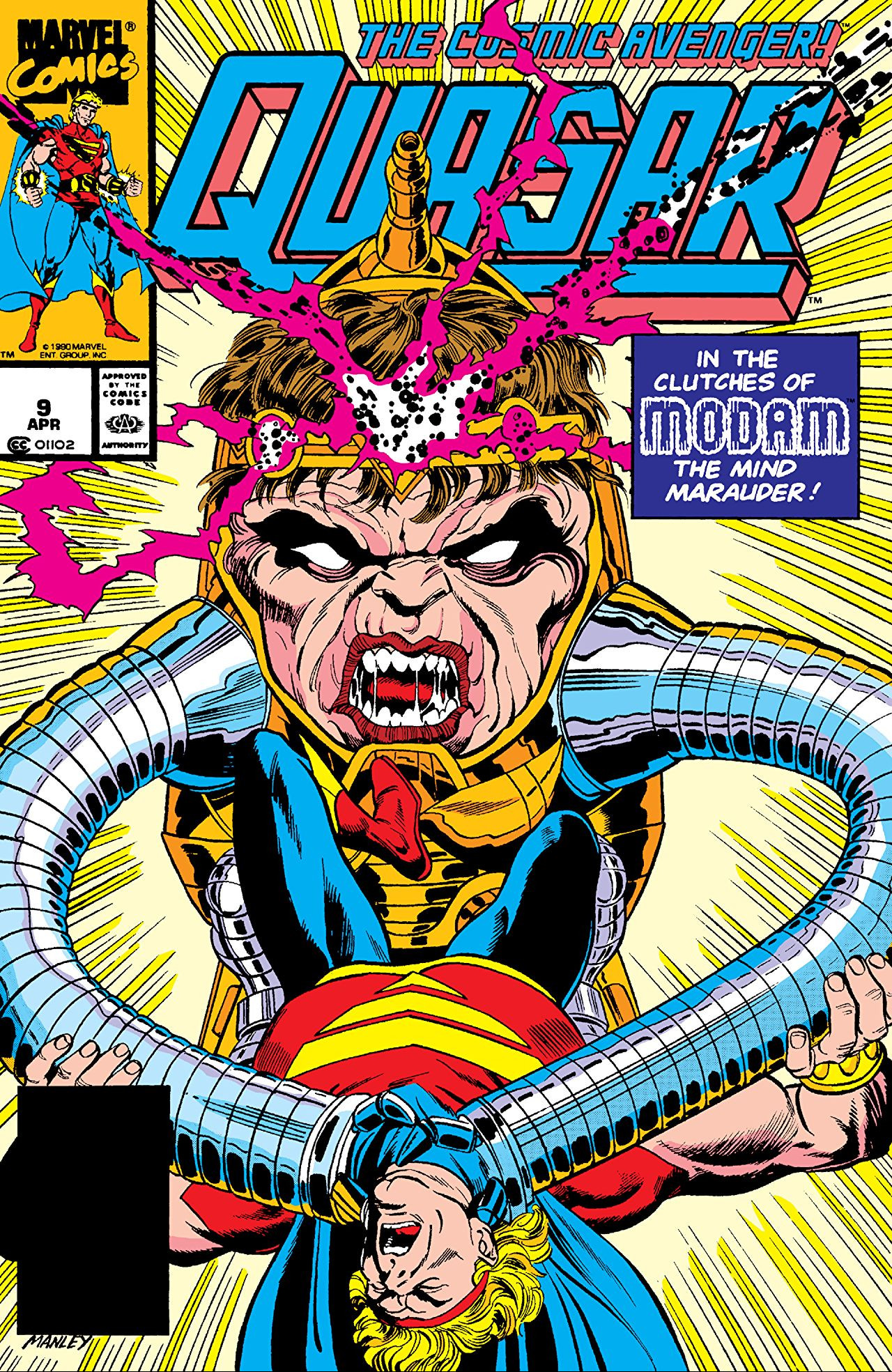 None seem impressed by—or want to hire—MODAM, until…

These issues are also the first appearances of Doctor Minerva and Captain Atlas since the Captain Marvel books of the 1970s. Next issue, Atlas will be revealed as Kree, but for now they’re just two villains with a briefcase of cash who hire MODAM to steal Quasar’s quantum bands.