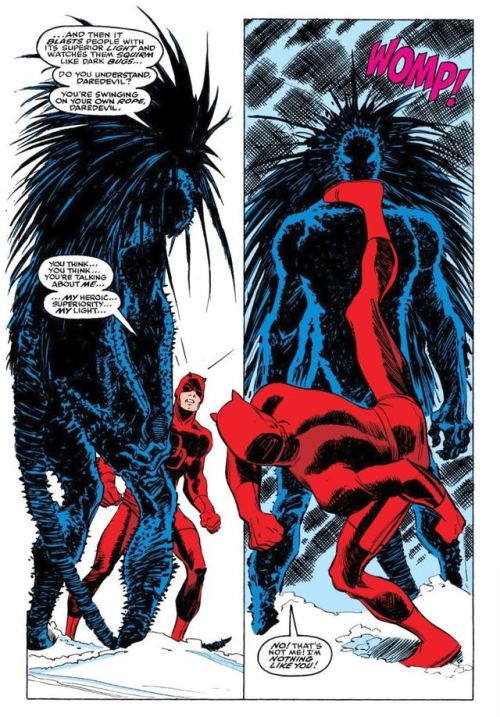 Here’s the extended arc that Ann Nocenti’s run has been building to—and is probably best known for.  The big fight against Satan stand-in Blackheart.

Nocenti has turned Matt Murdock into a drifter, leaving Hell’s Kitchen after a big fall, taking down Ultron in Acts of Vengeance, and partnering with a cloned sexworker.  With his moral compass askew, Mephisto decides it is time for his son to attack DD and his band of misfits (that includes Gorgon and Karnak now).  All of them go to Hell and face their biggest internal demons.

Nocenti was on a real roll, and then Marvel editorial derailed her for two issues with a non-continuity filler issue and an Acts of Vengeance crossover, but then we’re back into it with the genetically engineered sexbot, and Daredevil fighting demons. 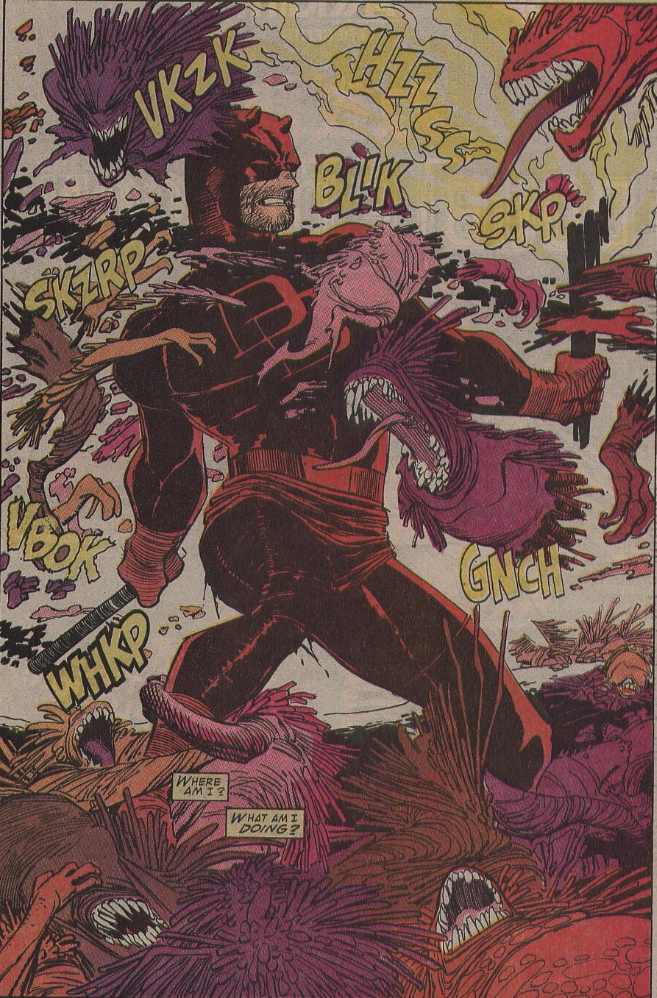 I love how Nocenti isn’t afraid to be heavy-handed, or slow-burn this hell/demons storyline. It started way, way back in #266, when Mephisto shared a beer with Matt Murdock on Christmas Eve.  Throughout, Kingpin has been gradually building a “legit” empire, while contriving and conniving to ruin Daredevil.

Now, we see the culmination of it all: Daredevil has learned to tear his demons to shreds.  He’s a brutal, Machiavellian character now–much like his foil, Kingpin.  And yet, in the end, he and allies don’t have the power to defeat Mephisto alone.

The characters fight their way through Mephisto’s Hell until Silver Surfer decides it’s time to put a stop to his old foe’s acts of torment and gets involved.

I’m kind of glad Daredevil couldn’t fight his way out alone—he’s just not that powerful.

Bringing in Silver Surfer is in some ways expected: He and the big red M go way back.  But it’s also an interesting choice in context.  Surfer is a tortured pacificist, an idealist pushed to violence and horrible actions by circumstance.  Over and over again.  As a character, he continually circles the same drain.

Daredevil is the same.  This is really the “first second time” Daredevil has been crushed and broken.  Miller did it to him in Born Again, and now Nocenti repeats the cycle.  From now on, every DD creator will attempt to tear Murdock down even further than the one who preceded them.

I acknowledge this is an extremely surreal story and it’s not for everyone, but I continue to find Nocenti fascinating—and I enjoy Romita’s gritty, sketchy linework.  It’s so unusual and different from anything else on the stands at the time. 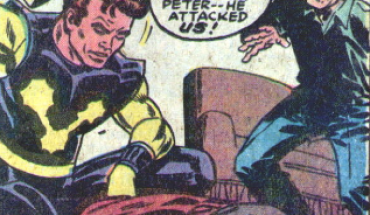 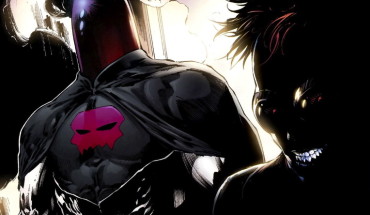