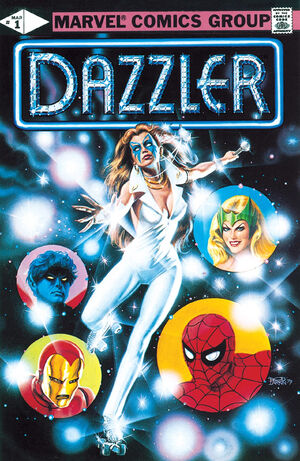 Spider-Woman. She-Hulk. To this point, in March 1980, the only Marvel heroines to get their own book were spin-off characters. Wasp got title billing, but it was under her husband and only has half the story in the anthology book Tales of Suspense. Black Widow, similarly, got title billing in an anthology. And that was it. For 20 years.

So all eyes were on Dazzler–would a female-fronted, original character be able to sustain a book on her own?

You can see the doubt on the cover, which prominently features Spider-Man’s head (bigger than Dazzler’s), as well as Nightcrawler and Iron Man–as if to promise appearances by The X-Men, the Avengers, and Marvel’s biggest solo star–in addition to a Thor villain.  It screams, “You have to buy this book!  It’s heavy in continuity!”

Also, it was sold exclusively as a direct market book–limited distribution to comic fans only.  Actually, it was the first-ever direct market only book.  I always thought Moon Knight was first, but no: It was Dazzler.

The story involves Dazzler meeting Spider-Man while fighting off some muggers, Storm offering her a spot on the X-Men, Beast showing up to hear her sing 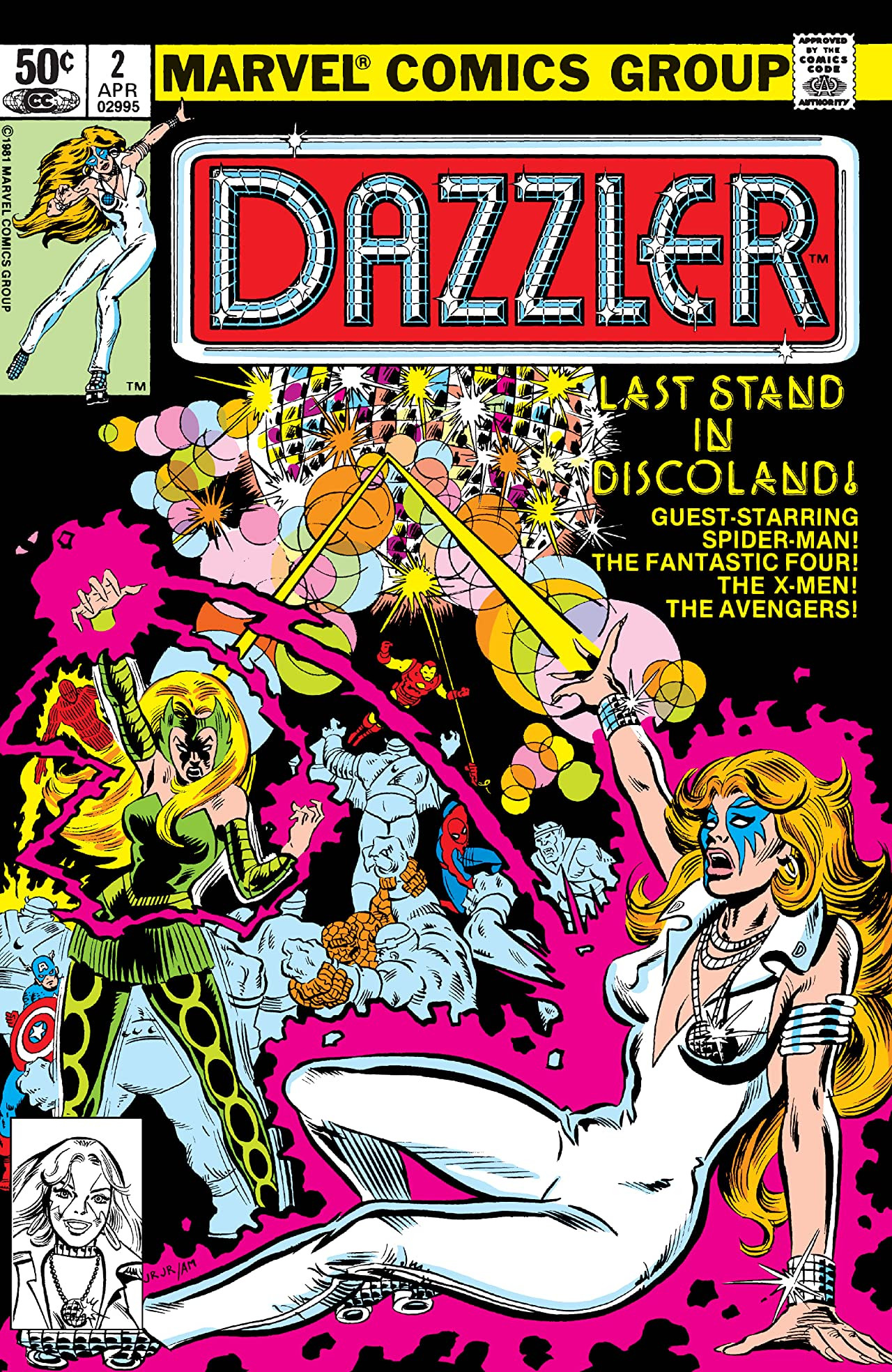 Dazzler is insistent on a singing career, but of course, like every other Marvel secret identity except for Tony Stark, she’s struggling in her chosen profession.  And to make matters worse, her latest audition is the site of a Norse Rift that will give Enchantress a power-up, so the villain shows up at the disco and competes.  Of course, having the power to change minds, Enchantress expects to win the audition.  But she loses to Allison’s superior voice, and storms off–vowing revenge.

Low stakes for an arch enemy!

Enchantress shows up at the gig to ruin it, but so do a bunch of superheroes, who defend Dazzler at the disco.  Enchantress is driven off, and Dazzler lands a big recording contract.

Yes, it’s silly.  But it’s not terrible.  An at least by issue #2, the other superheroes are in the background–not dominating the scene–so it really looks like a Dazzler solo book.