Sabretooth shoots Archangel out of the sky after he protects a police officer who is investigating the murder of some Morlocks—which happened at Sabretooth’s hand.

The bulk of these two issues is the two of them fighting, and then, after Archangel defeats Sabretooth, fighting with the new souped-up Caliban. 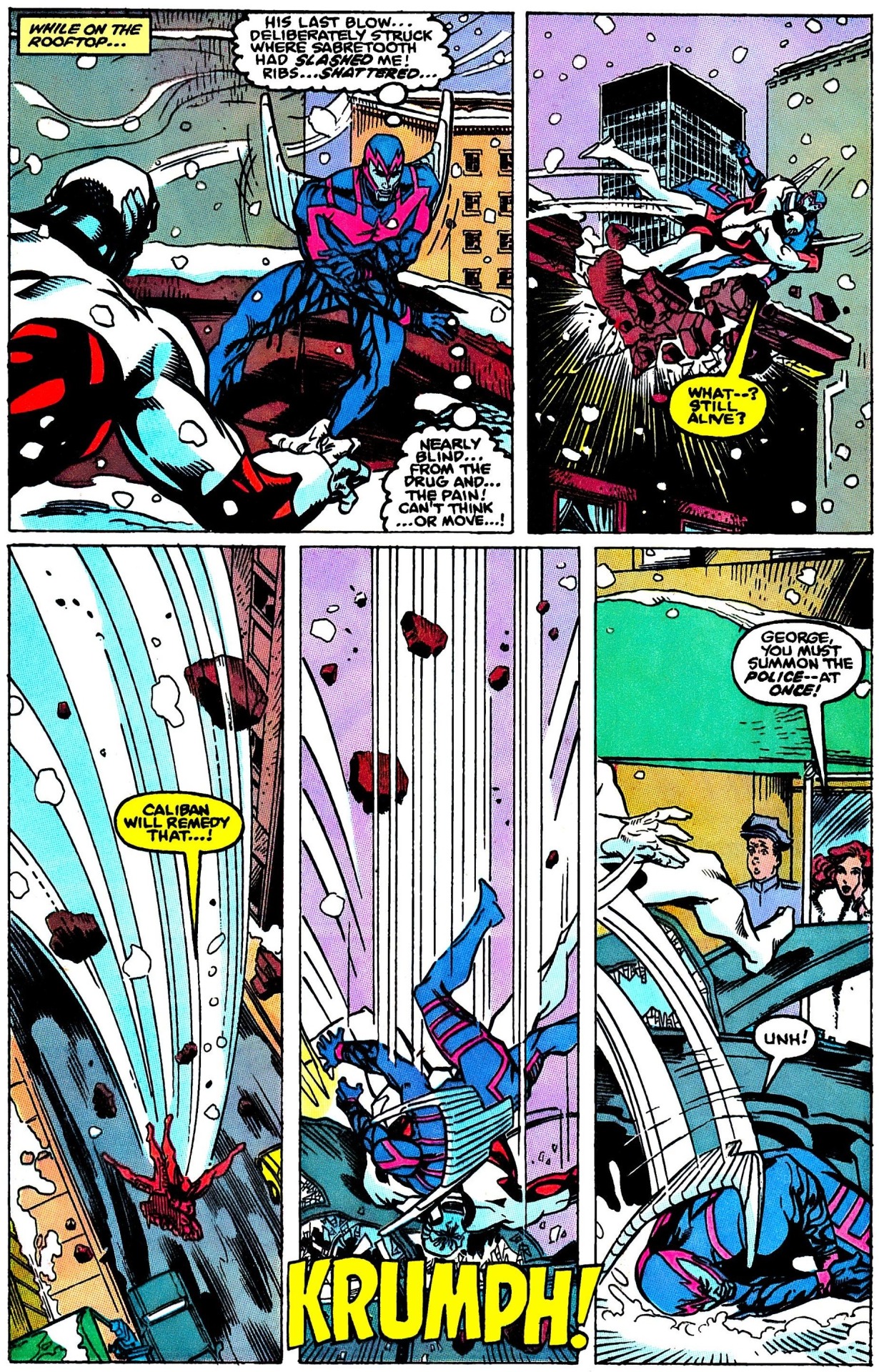 Although Archangel wins both battles (because his wings have a life of their own and fight on his behalf), he has been poisoned by Sabretooth.

He’s healing for the rest of the story, during which he hallucinates that he’s fighting Apocalypse.  Between that and the fact that his wings now seem to be operating independently, even when he’s unconscious, it looks like a big Apocalypse return is going to happen soon. There’s a check-in on the other founding members of X-Men that make up X-Factor as they fight giant roaches conjured by the villain Locust.  Nobody cares much about that.  Scott Summers asks jean Grey to marry him, but she “hears” him through the Madelyne persona that she absorbed during the Inferno event, so she says no.  (I thought that issue was resolved, but I guess not.)

Then she quits the team, to drive the point home.  Ouch.  Poor Scott. 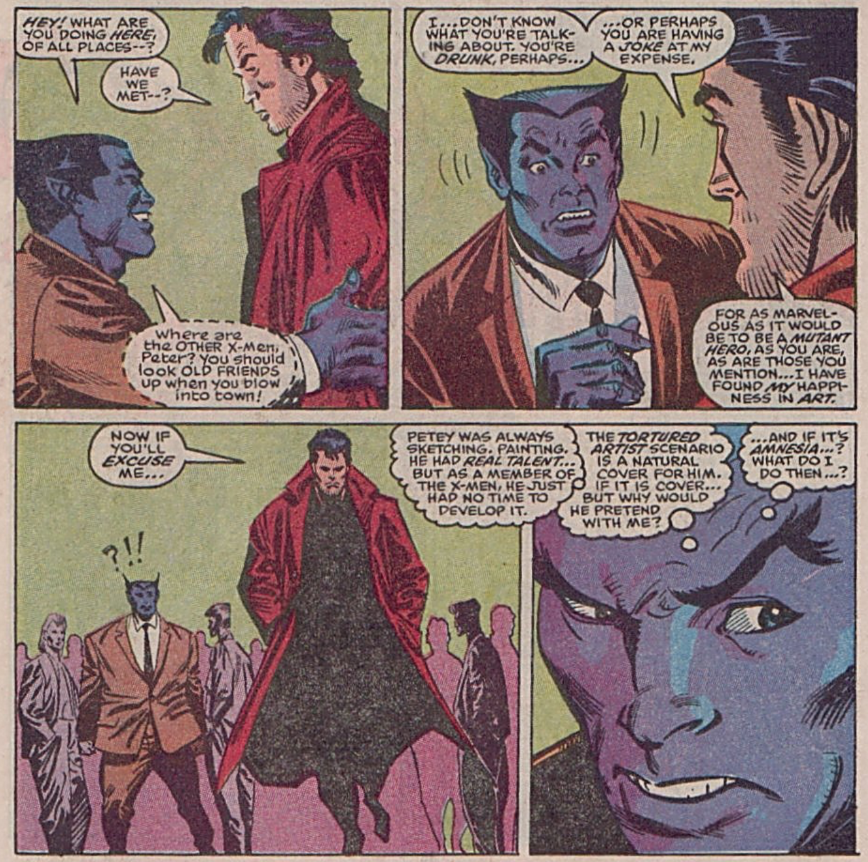 There’s also a check-in on Colossus, who meets Beast at a party.  Colossus still doesn’t remember who he is.  You might ask yourself, why are we having check-ins on the X-Men in an X-Factor book?  Probably the same reason recent issues of The New Mutants have been about Cable (child of X-Factor members Jean and Scott) and have included more X-Factor members than New Mutant members.  And the same reason baby Cable is still in this comic but grown Cable is in X-Factor (which, again, is telling a New Mutants story).  Because it’s all becoming a huge, interconnected, hard-to-follow mess.