Okay, so last issue Surfer met Thanos for the first time.  In this issue, he goes to Earth to read the Avengers’ file on Thanos.  For some reason, She-Hulk fights him.  Or at least tries to.

It’s a funny exchange, but it’s a little hard to believe She-Hulk doesn’t know Silver Surfer is a good guy, especially since she was a member of the Fantastic Four for a while.  It’s explained that she didn’t recognize him, but it’s not like he was incognito in a trench coat or anything.

Next, Cap gives him a primer. 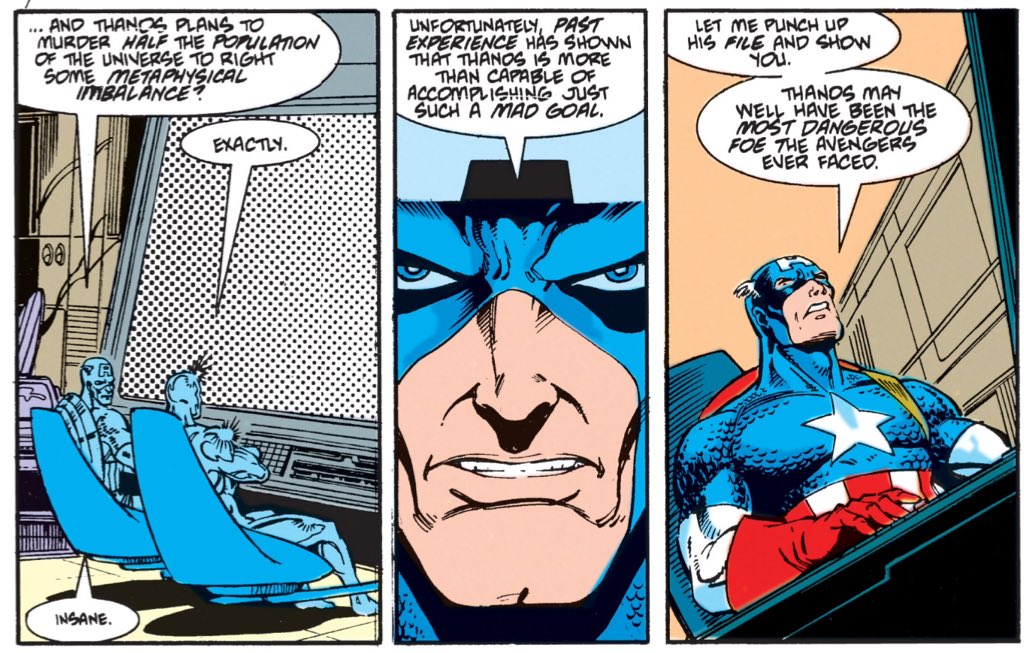 Surfer also meets with another green hero, in a scene straight out of Mad Magazine… Impossible Man’s theory is that Norrin Radd is too serious and needs to learn to laugh, and that through humor he will be able to defeat Thanos. 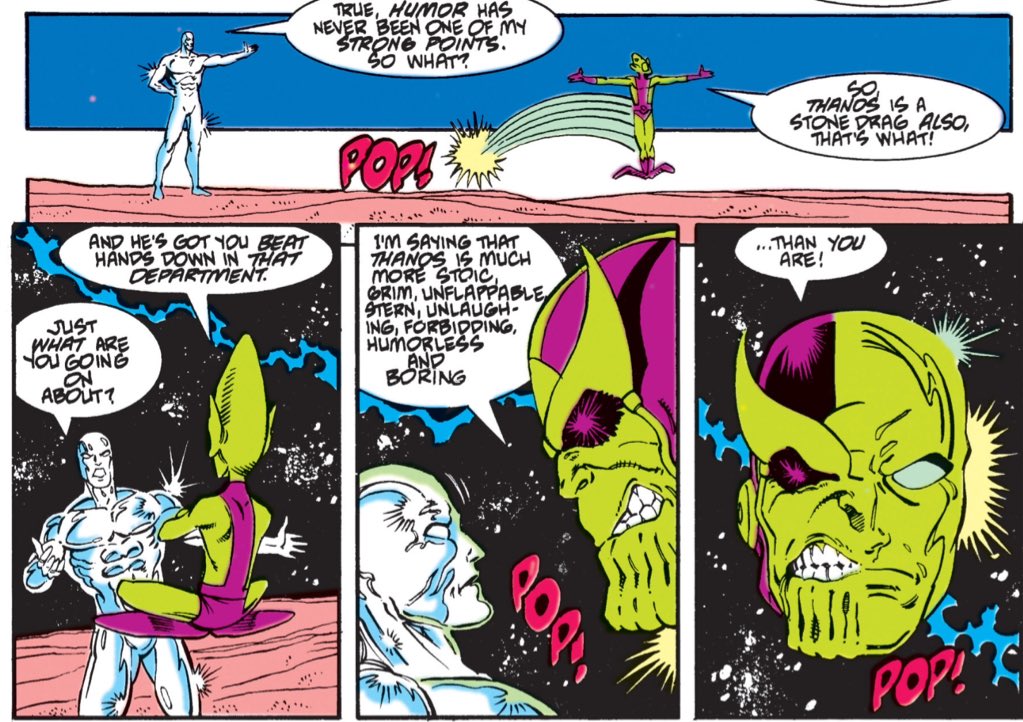 After a bunch of silliness, Impy tests whether Surfer has learned the lesson… So glad Starlin is back!