Why should you love Simonson’s F4?  Several reasons, actually.    He brought to a struggling Fantastic Four a renewed sense of “big.”  Big science fiction themes, big villains (Kang and Galactus, to name two).  Big ideas.  In this arc, he takes the team across the time stream to face all kinds of wild crazy stuff.  But most importantly, he brings his genius sense of pacing, illustrated above.  Being able to write dialog is great.  Being able to draw pictures is great.  But being able to combine the two so that it’s fun to read dialog–that’s art.

He also brought his great sound effects.  See also: His work on Thor.

And how many creators can pull off a page and a half of black panels with nothing but word balloons?

This is a really stellar run.  So many great ideas, so much fresh storytelling.  Thank you, Walt. 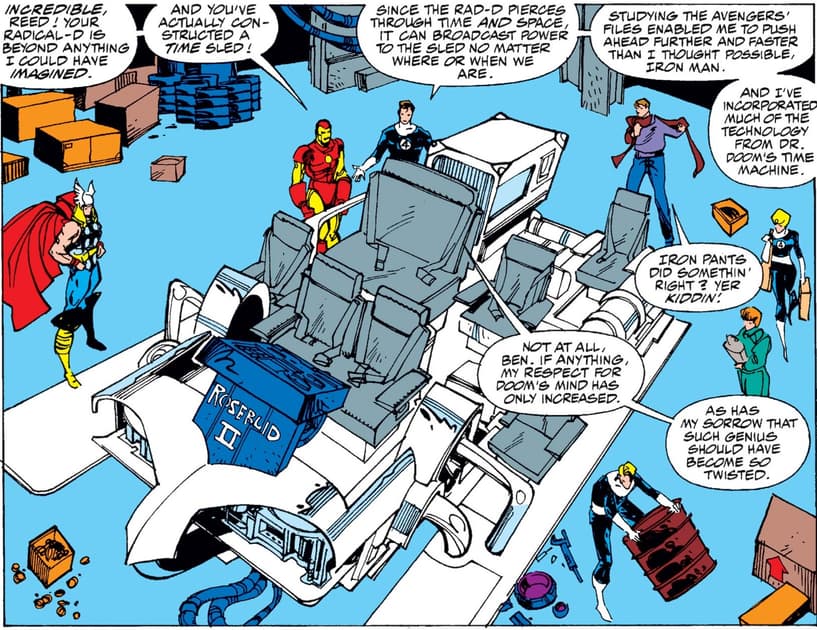 This story crosses over (not really) with The Avengers’ battle against Nebula in Avengers #314-318.

Reed Richards discovers that the future has disappeared.  The Kang Council (comprised of a whole bunch of alternate future Kangs, from Simonson’s own work with The Avengers) figured out that a Celestial is hiding in a “time bubble,” which was the threat that The Avengers were supposed to take care of back when Simonson worked on that title, but they failed.  The Celestial sends a bomb back in time to destroy Reed Richards’ lab, which contains a time-travel device, but Susan Richards creates a forcefield to protect her family and the afore-mentioned device.

Now, the Avengers thought they’d solved this problem way back when, but since they’re fighting Nebula now they also know they didn’t solve it.  So Iron Man and Thor pay a visit to the FF to give them more information about the problem.  The heroes decide to use Reed’s machine to try to penetrate the time bubble.

As they fly through time, they pass the place where Dr. Druid and Nebula are stuck (I thought Nebula was free now and fighting the Avengers?!?), and Nebula takes control of Human Torch’s mind.  Also, remember that Ben Grimm is still human at this point—and they bring him with them.  Seems kinda reckless, no? 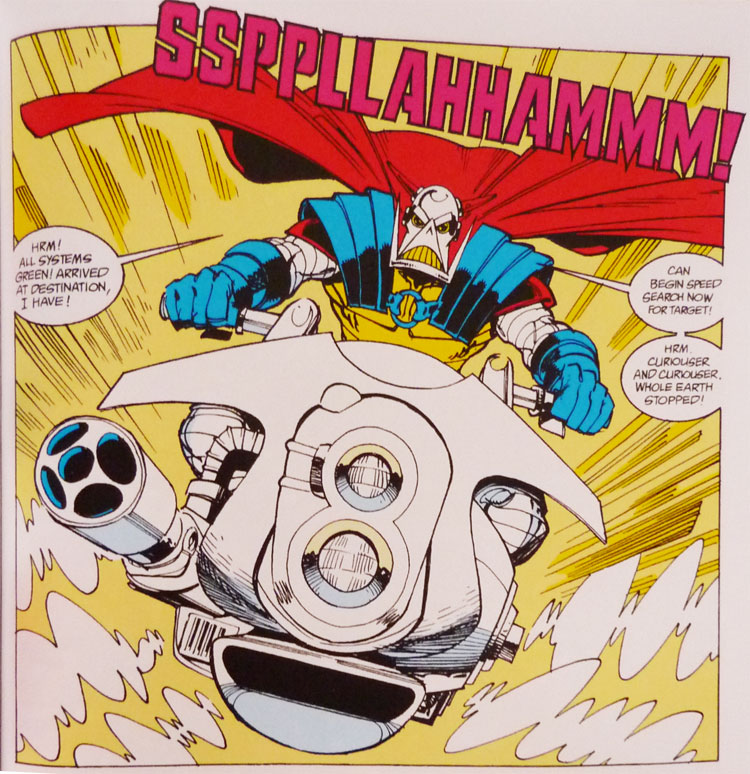 Once in the future, they meet Death’s Head, who helps them interrogate some Kangs about what’s going on.  Death’s Head is a Transformer but Marvel never got the rights to use him in their Transformers comic.

He joins with Thor, Iron Man and the FF in the fight against the Kangs, who are also trying to get the mysterious Celestial’s weapon.  Who, it turns out, isn’t a Celestial at all. 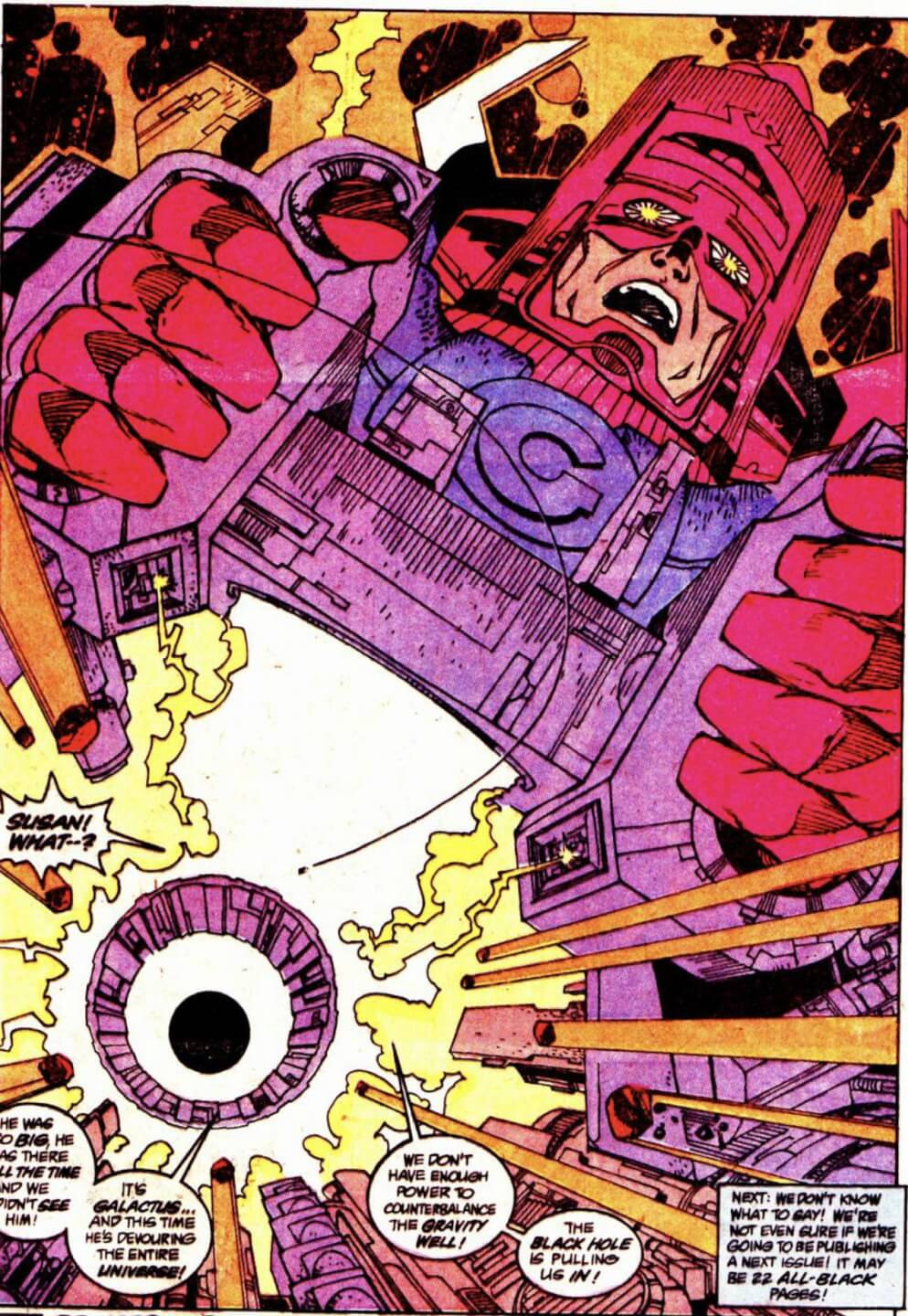 To stop him and his super weapon, the team goes to find the Shi’ar, which means we get to see Thor fight Gladiator. 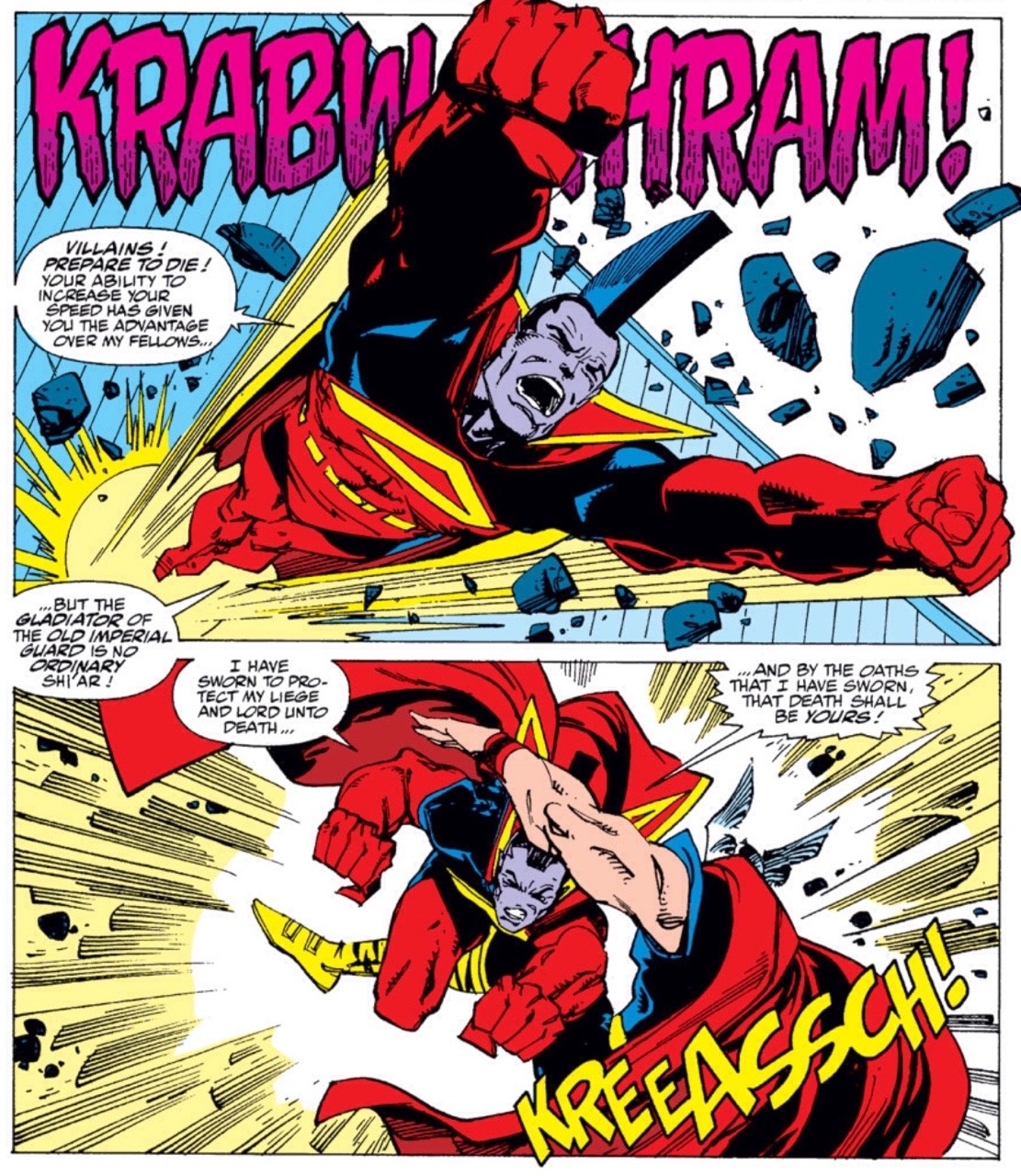 Then, of course, they realize they’re friends.  So now the team is even bigger.

Except that there actually WAS a Celestial in that time bubble.

And now we learn the real truth: This Celestial is an outcast, and he decided to kill the other Celestials by give a power-up to Galactus and use him as a weapon.  The heroes defeat the big bad through some very convoluted and very creative plotting and time travel—I won’t spoil the whole thing here—and so we’re at the end of the story.

But remember that Johnny Storm is possessed by Nebula!  She manipulates the team into letter her get close to the Ultimate Nullifer but, when she tries to use it, she learns that Reed and Iron Man had already figured out she was lurking inside Human Torch, and they booby trapped the device—essentially killing Nebula.

Franklin Richards stayed with Power Pack during this story.

Fantastic adventure, tremendous in scope, absolutely the best FF stuff since John Byrne’s run—which was the best since Lee/Kirby’s first 100 issues (the greatest run of comics in the history of the medium).

Finally, it’s worth noting that the vehicle the FF uses for this romp through time and dimensions is a tribute to Citizen Kane.

Now, as for the letters page: 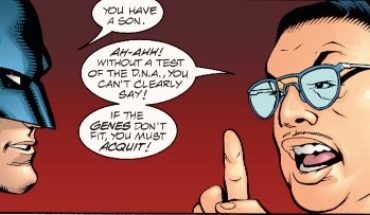