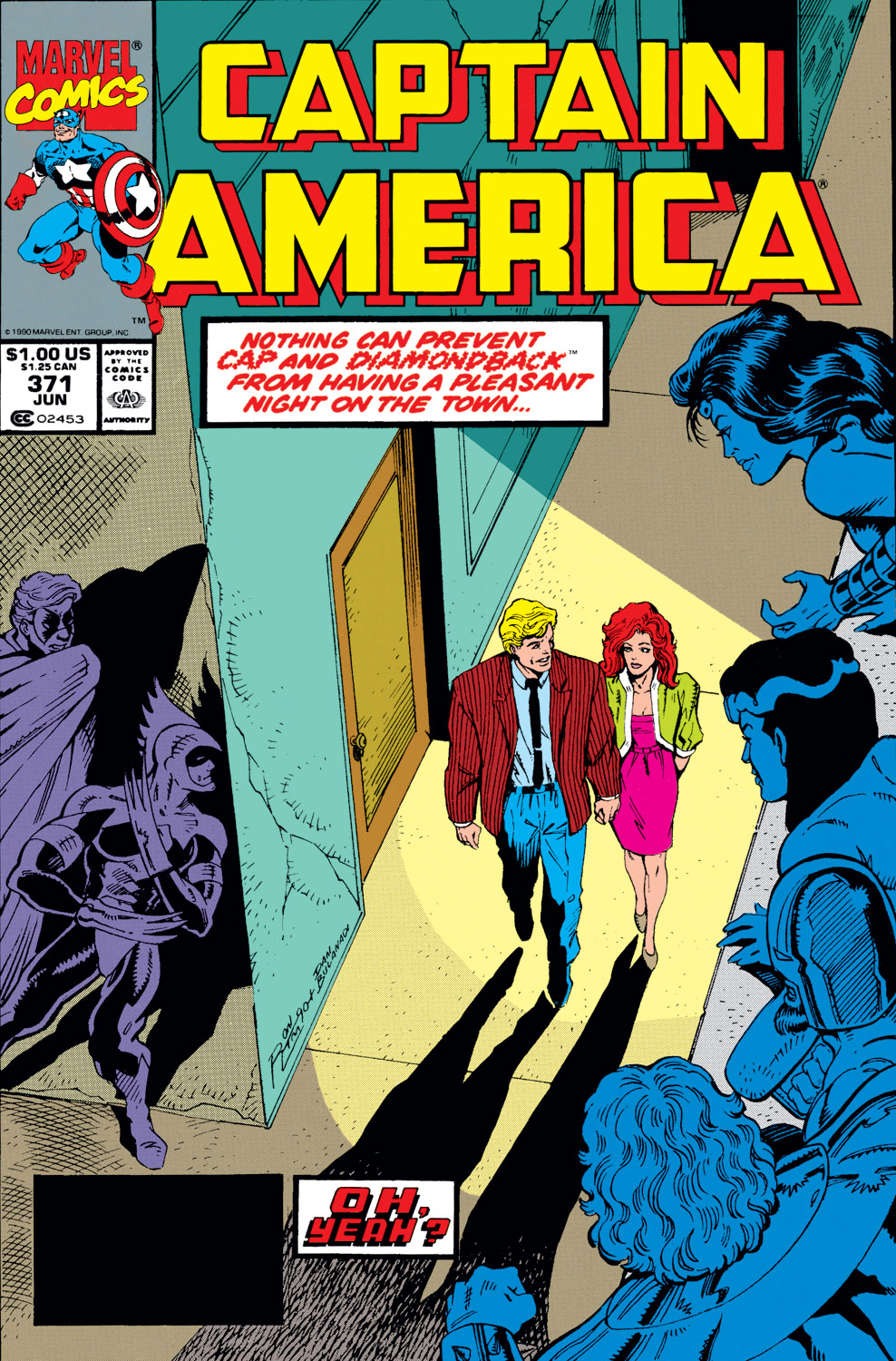 Mark Gruenwald’s (very long) Cap run has been characterized by heavy plotting and extended arcs, so it’s nice to get a done-in-one that focuses on the intriguing (and so far, hard to believe) romantic relationship between boy-scout Captain America and former Serpent Society member Diamondback.  I say it’s hard to believe that he would date her because she’s a murderer. Cap doesn’t know she’s still a double agent, continuing to work sometimes for the Serpents-that gets explained in a back-up feature.

It’s funny to see Cap struggling with the idea that a woman is into him-and he really hasn’t been involved with more than two females: Sharon Carter (who died when Cap couldn’t save her) and Bernie Rosenthal (who dumped him because he always put work first).  And it’s been a long time (as noted above).

Also, I really don’t understand Diamondback’s deal.  Her friends in the Serpent Society, which she has betrayed more than once, follow her around on the date and stop a bunch of crimes so that Steve Rogers and “Rachel” (Diamondback’s real name) can have a date without having to fight low-level crime.

It’s all played for laughs, but one villain in particular is worth mentioning… 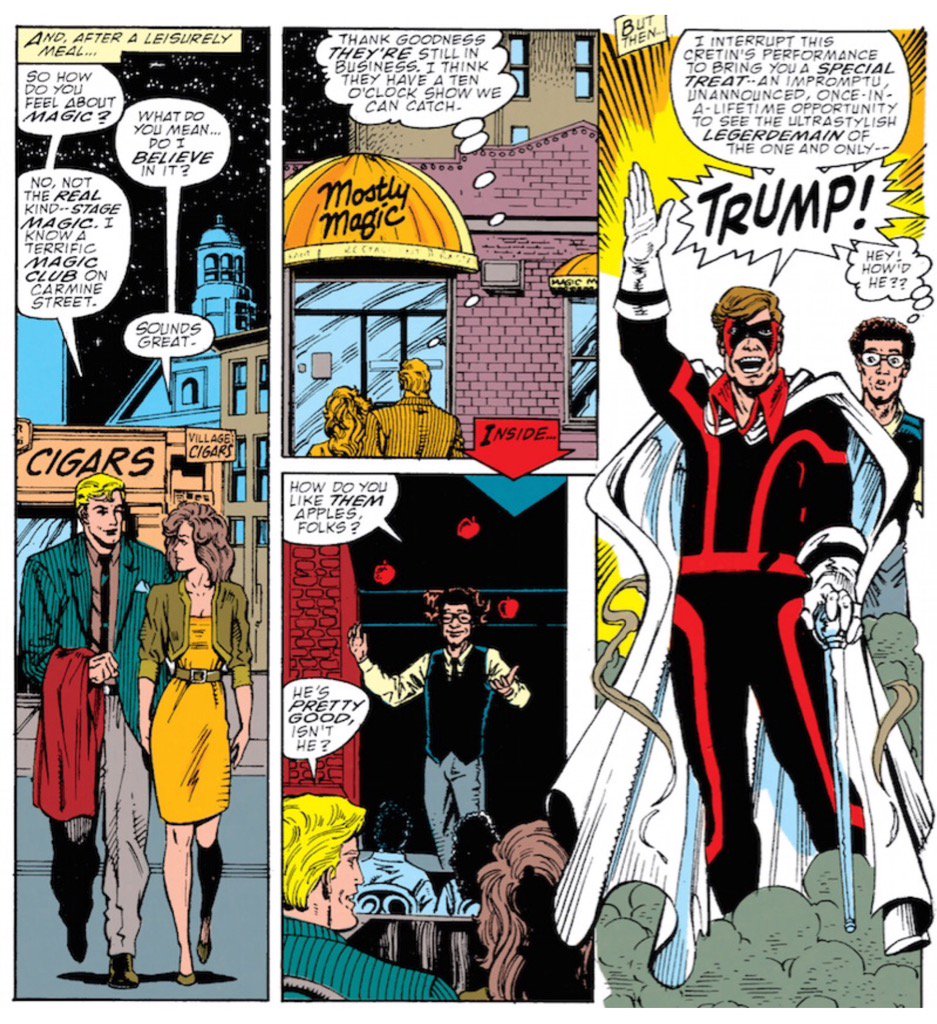 How appropriate that his name is in all-caps!