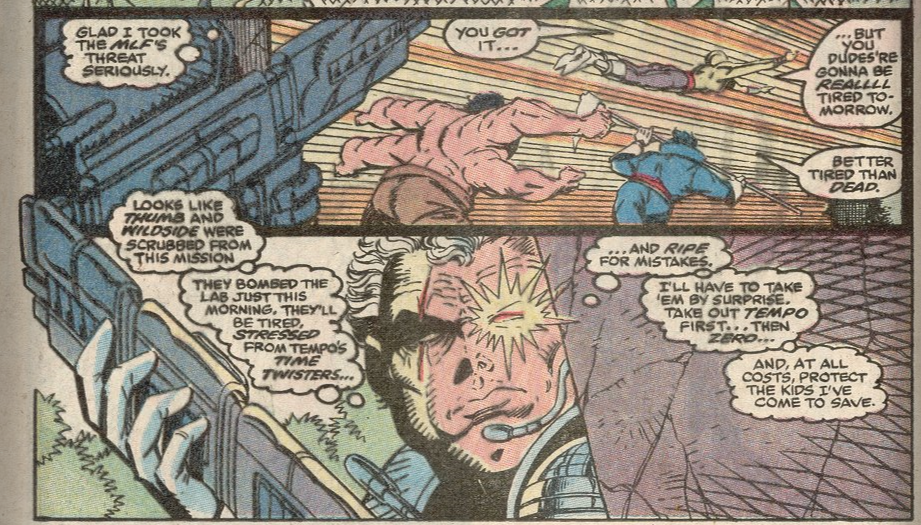 The last few pages of last issue introduced Cable and the Mutant Liberation Front, and this issue starts with them: Stryfe (the leader), Wildside, Forearm, Strobe, Thumbelina, Tempo and Reaper.  The MLF are attacking a government prison in an effort to free Rusty and Skids—but they have a sinister motive as well, which is why Cable is trying to stop them.

After a big fight, the MLF reach Rusty and Skids.  Rusty is shot by a guard, which motivates Skids to join the MLF.  Cable is injured in the battle and ends up in the same prison that housed Skids and Rusty—a prison managed in part by Mystique in her role as the head of the Freedom Force. 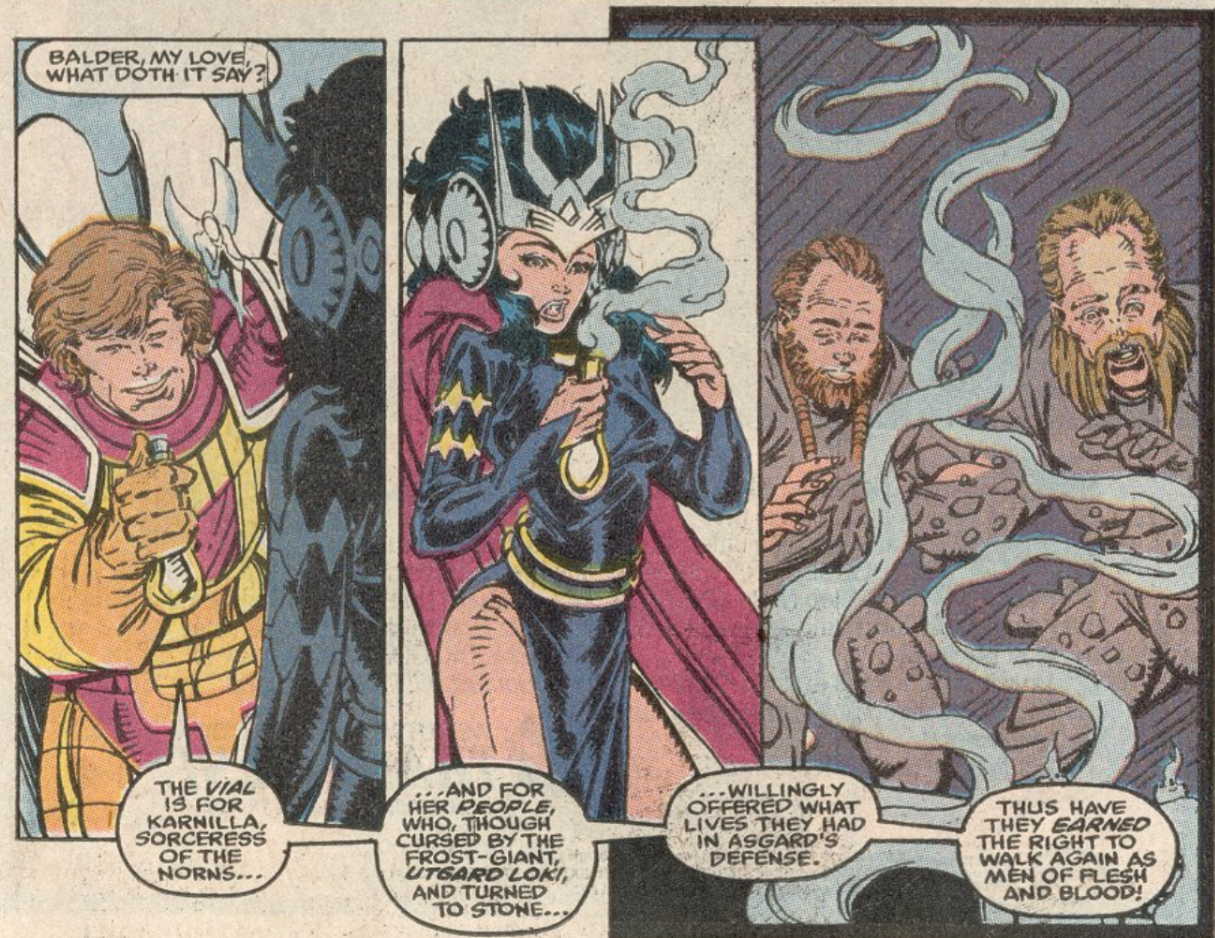 Meanwhile, the New Mutants are dimension hopping through Asgard and the land of the Mindless Ones.  They get back to Earth at the end of the issue, but they’re really not the stars of this story. 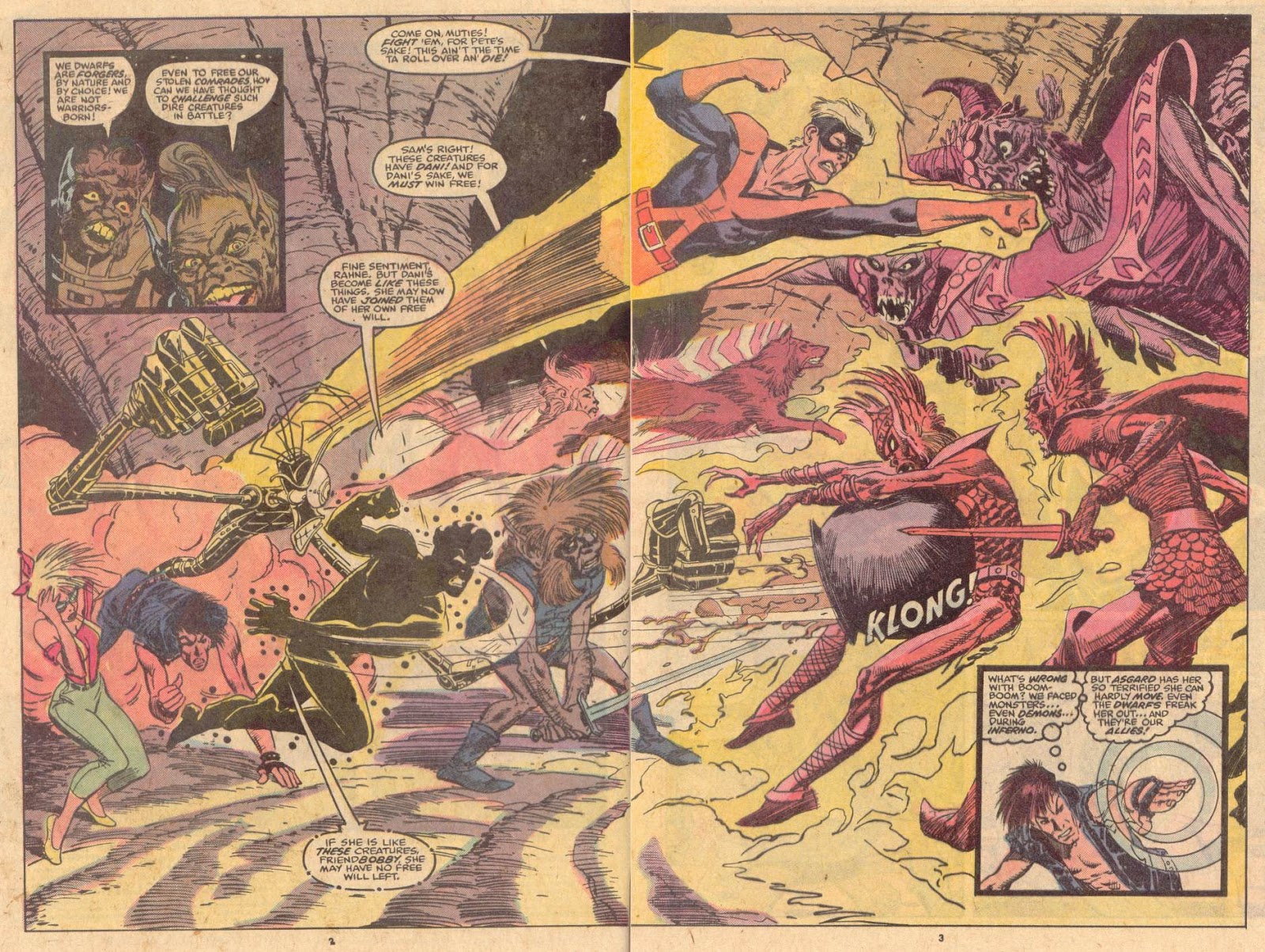 At this point, Louise Simonson was starting to dial out of this book and Rob Liefeld is starting to own it outright.  Soon Fabian Nicieza will take over as writer and, frankly, completely dominate the Deadpool mythology for a long time.  This is really where Marvel starts to turn into 1990s Marvel.  I know I’m largely pejorative when I talk about ‘90s Marvel, but in the areas of Deadpool and Rob Liefeld’s influence, it was a good thing—it forced the company to begin to move forward and start telling different stories from the ‘80s.  I loved the ‘80s, but it was starting to get stale. 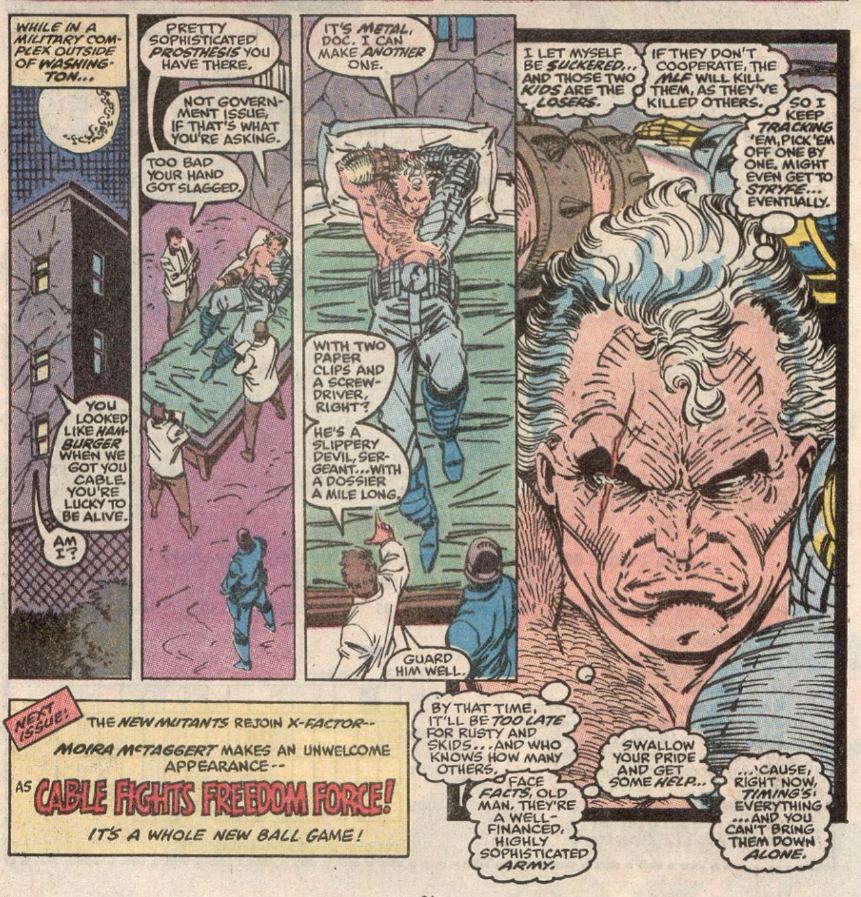