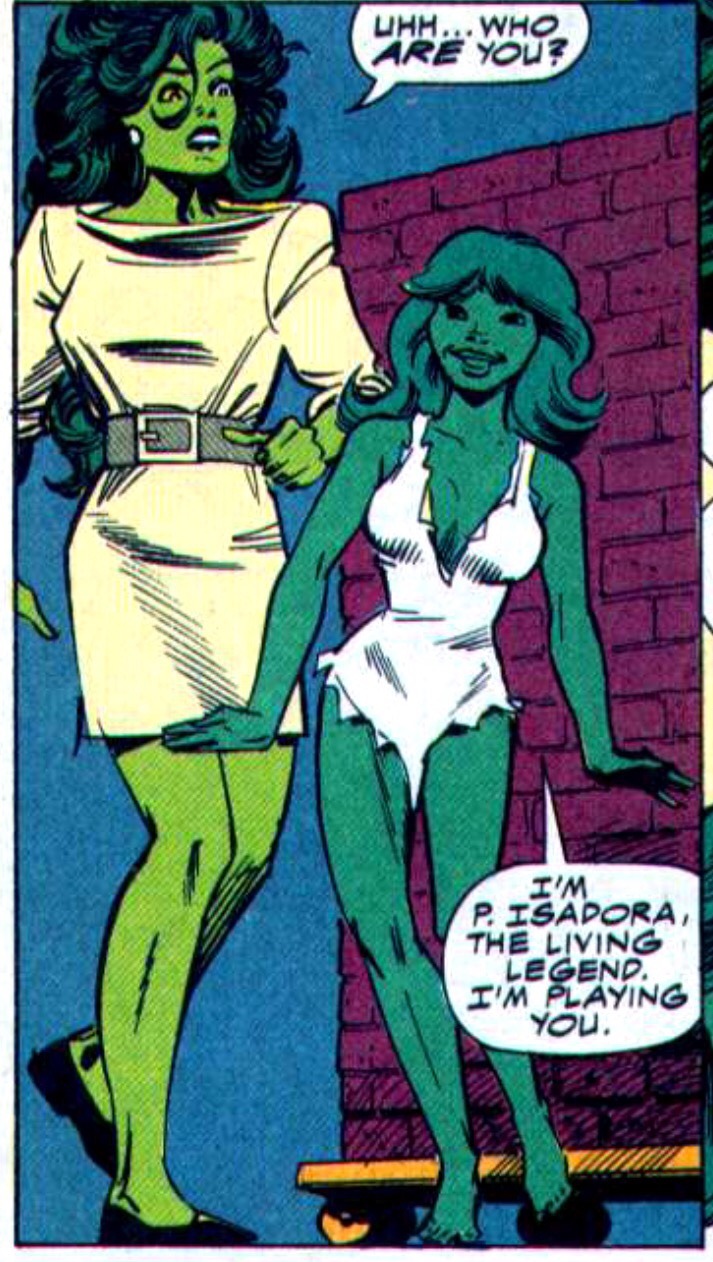 I thought Steve Gerber was going to have a run on this book, but he just did two issues and now it’s Peter David.  Not that I’m complaining.  So far, this book has had three of my favorite creators: Byrne, Gerber, David.  It really should be better than it is, but it’s good enough.  And seeing as how it’s coming out in 1990, it’s well above average compared to the other books on the shelf.

She-Hulk finds out from a headline that she’s the star of a movie, so she goes to L.A. to put the kibosh on it.  AT the airport, some Marvel creators have limos waiting for them… Note that a ninja is waiting for Carl Potts instead of chauffer.  But what’s there to pick up Shulk is a talking cartoon car.

I don’t really understand why and the gag doesn’t get extended.  On the cover and during her time in L.A. she meets a bunch of actors trying to be various heroes and failing to resemble. 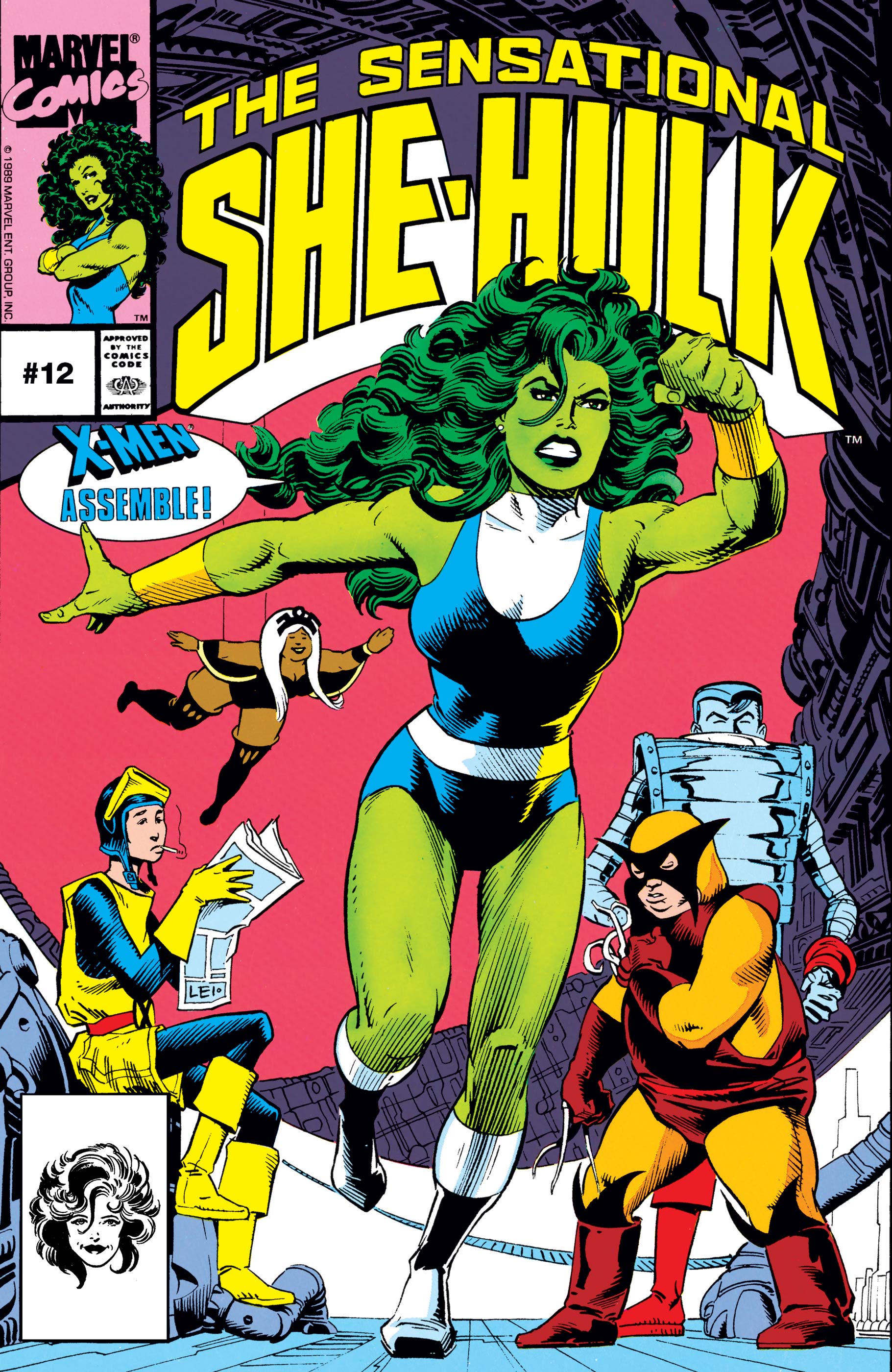 But one of them is the real Simon “Wonder Man” Williams so, of course, he fits the bill.

There’s a lot of forced humor like this.  Peter David’s a good writer, but he doesn’t write good here.  In the end, Orka and Krang are revealed as the producers and it’s not worth explaining the whole punch line of why they did this—but they do reference the time Sub-Mariner tried to be a movie director way, way back in Lee and Kirby’s Fantastic Four #9.

None of this is awful, but it feels very trivial and aimless.  This book needs some direction, fast.