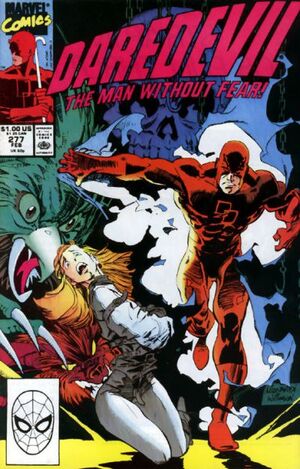 IMHO, Rick Leonardi doesn’t get remembered as one of the great artists of the late ‘80s/early ‘90s period.  It’s probably because the early ‘90s are characterized by overmuscled and “big” characters, where Leonardi favored the lithe and wiry.  Which is perfect for Daredevil.

Sadly, though, this is a fill-in flashback telling a about Matt Murdock saving a woman from an abusive husband.  Barely any DD in it.  Pure filler.