I think I should have been saying all along how much cheesecake and bondage there is in this book.  Not an issue goes by where Jessica doesn’t appear in a towel (or some other state of undress) or tied up.  So far, she hasn’t been both tied up and in a towel. But there’s time, so I’m still holding out hope.

In this story, tabloid newspaper owner Rupert Dockery goes to interview one of Spider-Woman’s vanquished foes, the Enforcer, and by-accident-on-purpose leaves behind a sword cane that Enforcer then uses to get away from the cops.  This was all a set-up, of course, so that Rupert could get some good footage of Spider-Woman in action. 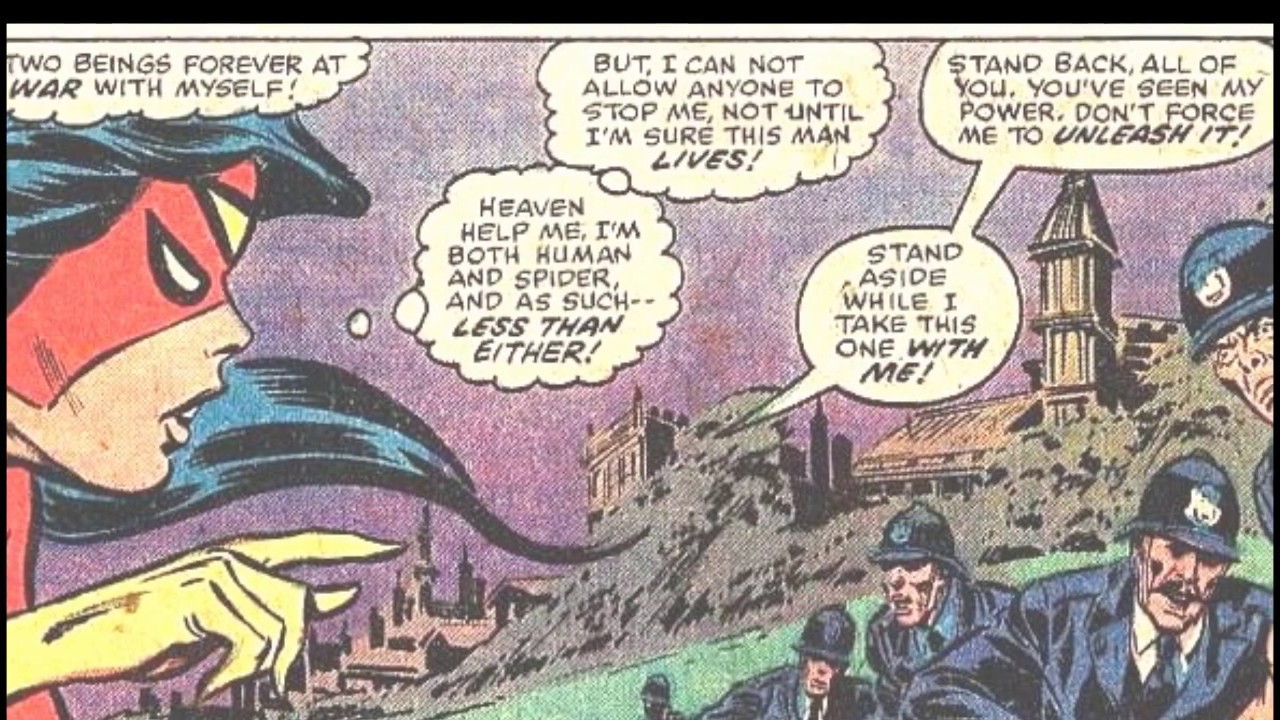 This plot is so completely similar to so many J. Jonah Jameson stories that it really feels like rehash.  What makes it worse is that this is Spider-Woman.  If you’re going to crib from past characters, why not pick Daredevil or Captain America—why make the comparison so completely bereft of imagination? 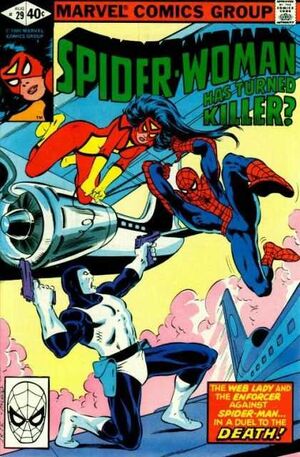 And to make matters worse, Spider-Woman actually flirts with Enforcer.  Spider-Man never flirted with Punisher, so I guess that’s original, but this is another frustrating trope in this book: Jessica is repeatedly getting romantic with really, really stupid and unsavory guys.

Compare this to Ms. Marvel, and you’ll understand why people say Chris Claremont is one of the best 1980s writers of women in comics.

Oh, and speaking of Spider-Man… To be fair, Spider-Woman feels like she has to help Enforcer because of a subplot where he’s holding her right-hand man, Scotty, in peril through a poison that only Enforcer has the antidote for except that in the end we find out he doesn’t have the antidote so it was all pointless anyway.  (A manufactured plot twist for no apparent reason.)

This isn’t a terrible story, it’s just not a very good one, and having different artists in every issue doesn’t help.  Although it is fun to see Ernie Chan making an appearance as himself drawing Spider-Woman.  I think this is the only time Chan appears in a comic.