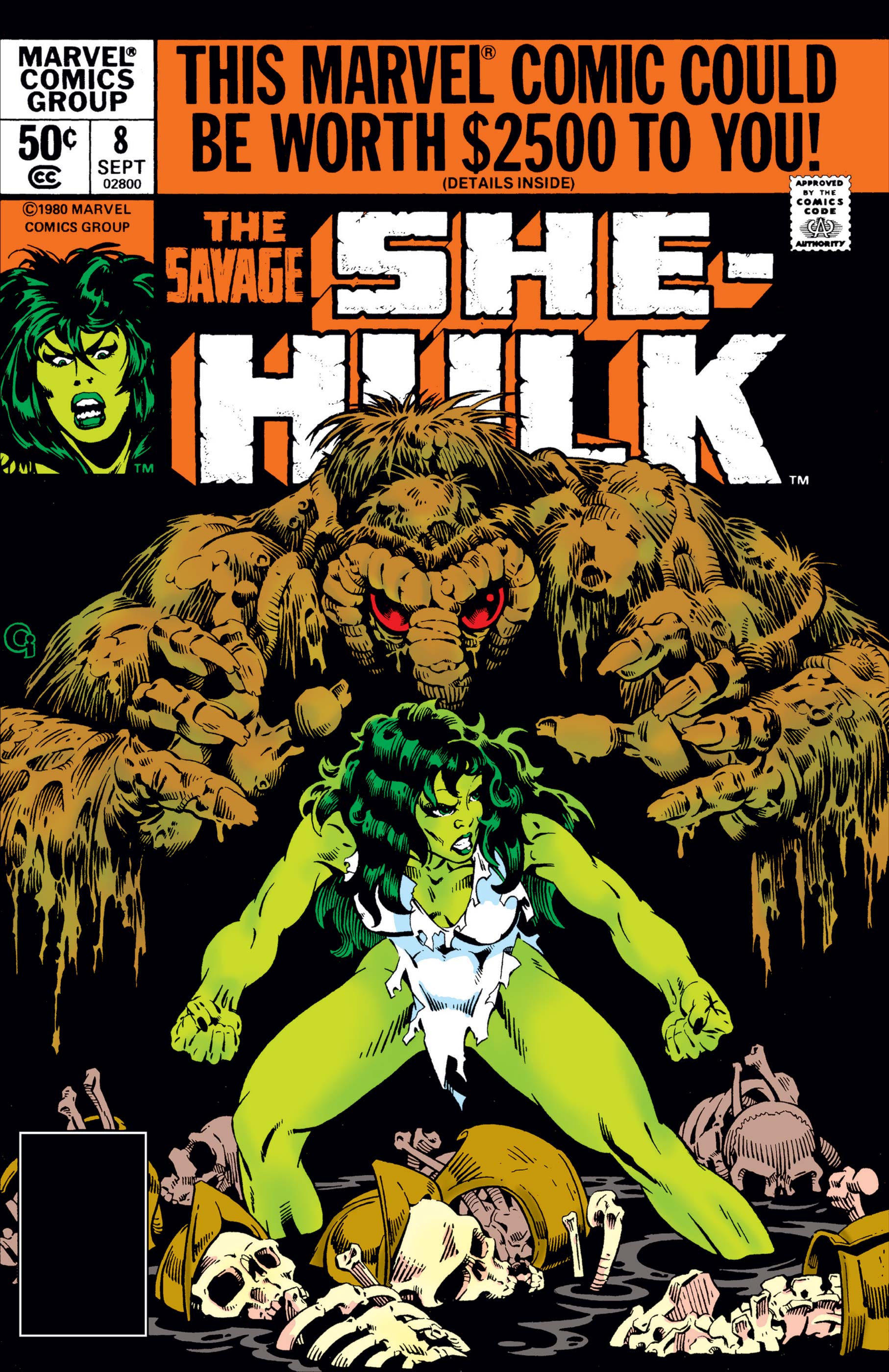 Look at that cover by Michael Golden!

Very strange couple of issues. It starts with Richard Rory—that side character from Man-Thing—at a casino and winning half a million dollars. He walks outside with a Vegas showgirl who is happy to help Rory spend his new money, and sees She Hulk running down the street from some cops, being shot at. This makes Rory think of Man-Thing.

They fight when they first meet. Then, conveniently, they all end up in a swamp fighting some strange cult, but not until after She-Hulk fights a crocodile. Usually, it’s Man-Thing fighting alligators, but not this time.

Anyway, they’re in a swamp so, of course, Man-Thing shows up.

She Hulk basically punches the crap out of him for a few pages and nothing happens. Then they defeat the enemies and, inevitably, Jennifer Walters and Rory kiss.

I wish every femaie hero didn’t always have to be kissing everyone all the time.