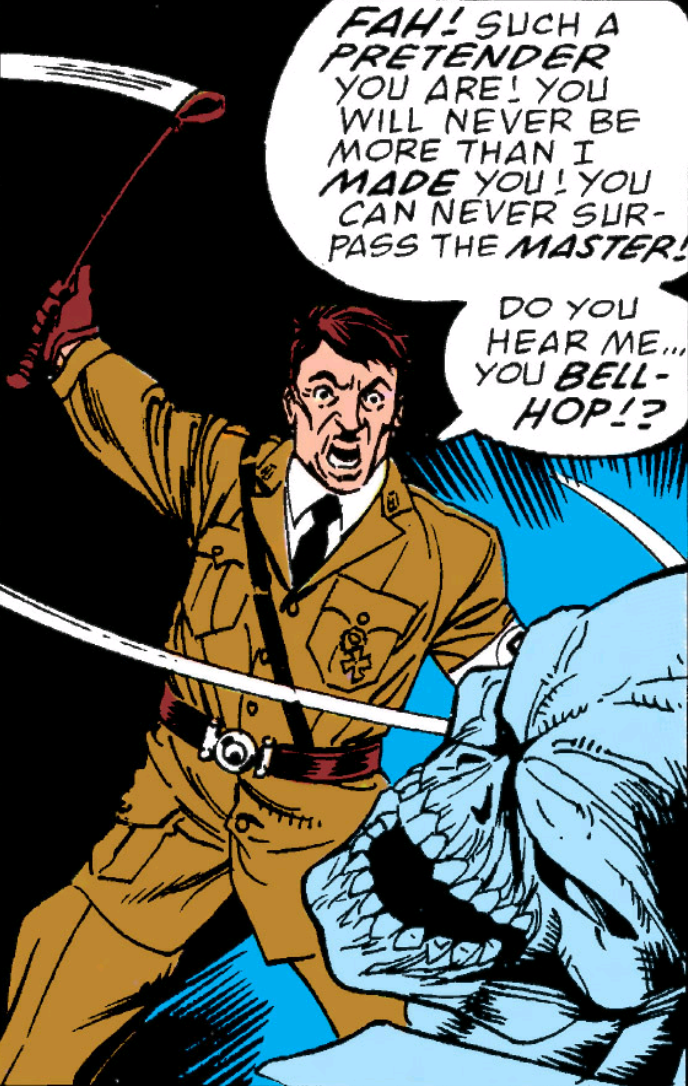 When we last saw him, Red Skull was essentially buried alive inside a small room by Magneto.  In #369, we get  back-up showing him having delusions and arguing with hallucinations of Hitler and Captain America.  I’m not sure I like the attempt to “explain” or “humanize” him.  I certainly don’t feel sorry for him.

Anyway, the main story in these issues is more Serpent Society/Crossbones stuff, as Captain America attempts to find Diamondback—the villain-turned-hero he’s been allied with for about a year now, and from whom he was separated during Acts of Vengeance.  Unbeknownst to Cap, she’s busy with Tinkerer stocking up on more of her diamond weaponry.  I do like how Cap is such a vanilla lawful-good, but he’s got this alliance with a chaotic neutral character like Diamondback—who also happens to be smoking hot.

Meanwhile, “The Skeleton Crew,” who are the members of Red Skull’s gang, are looking for their boss.  (Crossbones, the Voice, Mother Night, and Machinesmith-whose-consciousness-is-in-a-giant-robot.)   They go to The Hellfire Club—being that it’s connected to Magneto—but soon ascertain that Skull’s not there. 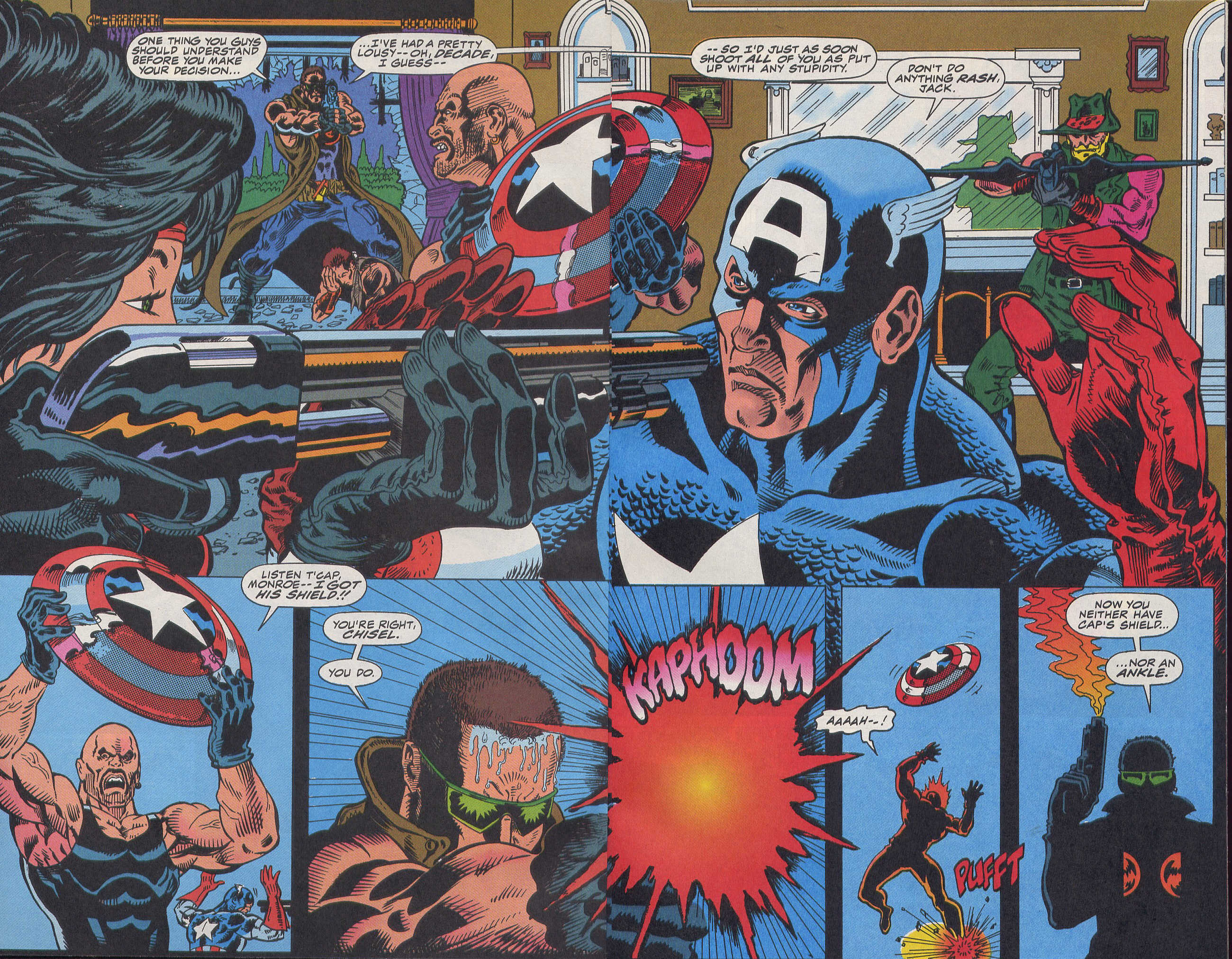 And going to Avengers Mansion.

He and Diamondback end up finding them.  There’s a skirmish, and Cap and Diamondback show up during the fight, but all parties basically end how they started and go their separate ways.

The Skeleton Crew continue trying to track down Red Skull and, eventually, find him in his underground prison.  We get the “alas poor Yorick” shot above, but of course Skull’s not dead. He has, however, gone crazy (see the opening to this post) and wants to die.

The ending of this issue is awful.  Skull wants to die but wants to see Captain America one last time before he does.  His Skeleton Crew enable that to occur (Mother Night creates an illusion hiding the Crew’s true identities, so Cap and Diamondback can just come to Skull’s bedside.) Cap looks in Red Skull’s eyes, which gives Red Skull the hatred he needs to return to life.  Conversely, it spooks Cap and he just leaves. That’s right.  He just leaves.  And as soon as he’s outside, he says “God help us all” because Red Skull is back.

WHAT THE HELL??????  This is truly baffling.  Sure, Cap has always had a sensitivity to him, but he’s never been one to shy away from duty.  He’s allowing a murderer of millions to just get away, when it would have taken Cap zero effort to arrest him.