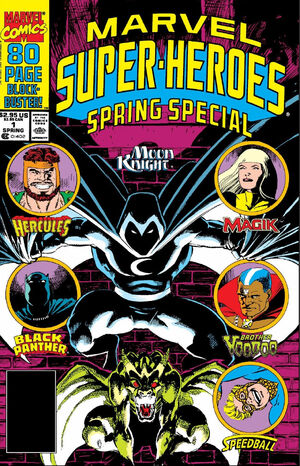 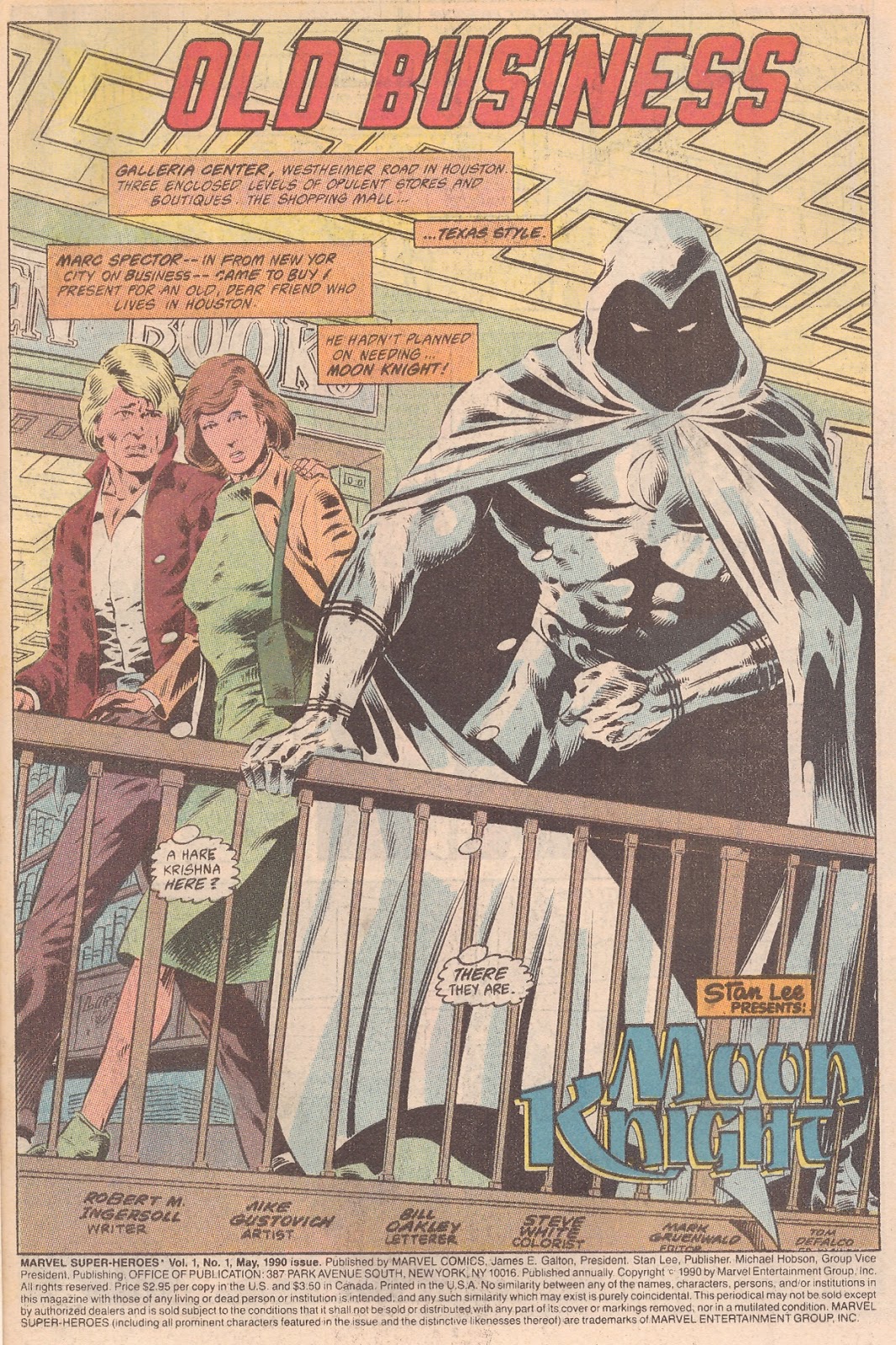 Moon Knight fights a new villain called Raptor, who we will never see again.  Speedball has yet another completely forgettable adventure. Hercules visits a local Renaissance Festival where the Greek devil dog Cerebus goes on a rampage.  Not Cerebus the Aardvark.  That would have been cool.  Hellcat fights an unnamed demon.  Magik deals with a former follower of Belasco.

Finally, Brother Voodoo’s tale should have been neat because it’s drawn by fan artist Fred Hembeck, but the story doesn’t make use of his distinctive and humorous style at all. I mean, look: There’s not even the little curly squiggles on the elbow joints!

And Black Panther is yet again having trouble getting his subjects under control.