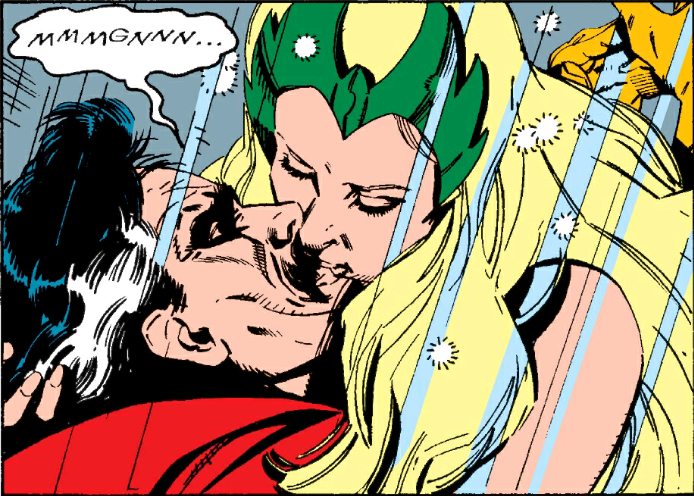 Enchantress is the villain in this one.  She kisses Dr. Strange a lot in an effort to get some of the magical items he protects.  Clea helps him ward off her spells, and we end with the two reaffirming their love each other. 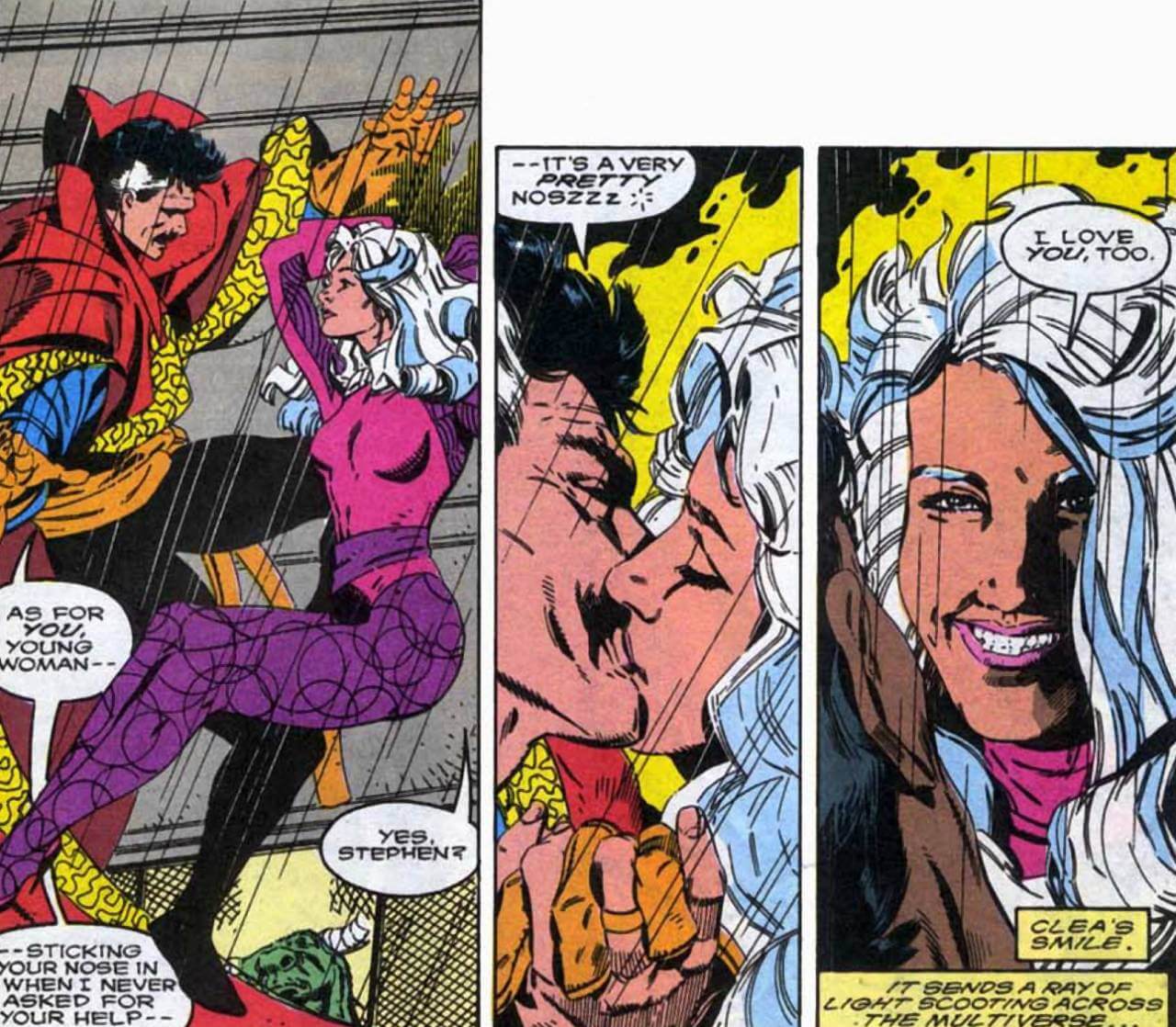 Roy and Dann Thomas are doing a decent job on this book, coupled with nice otherworldly art from Jackson Guice. 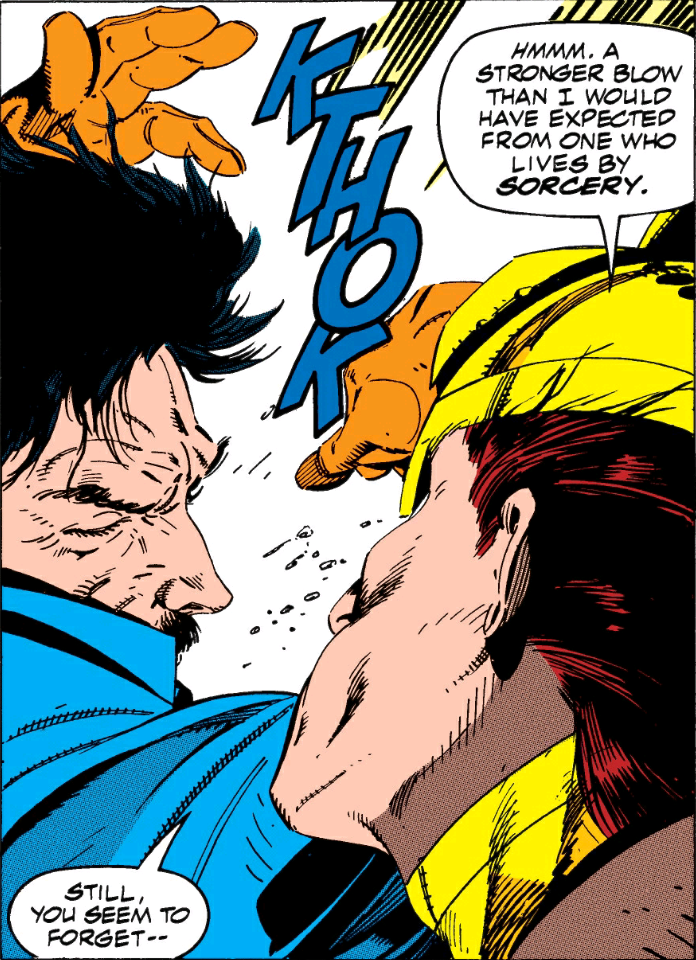 Issue #13, painfully titled, “Arkon’s New York adventure,” has Arkon kidnapping Clea.  You’re probably thinking that this is a shame, because in issue #12 she was a powerful force without whom Dr. Strange wouldn’t have been able to shrug off Enchantress’ powers, but here’s she’s just a hostage. 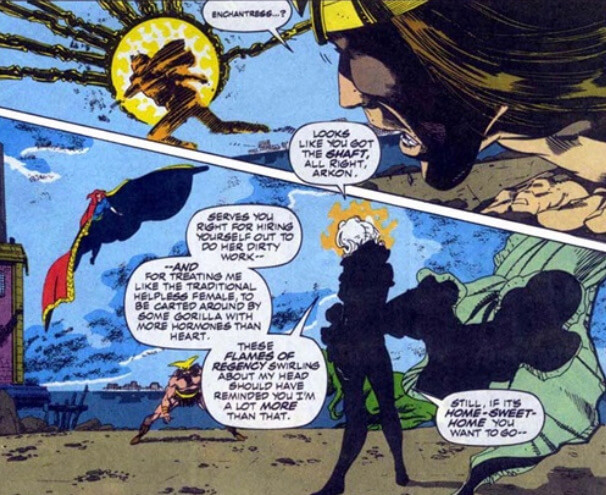 But as you can see, that’s not the case.  In fact, after she is taken by Arkon, she uses her own powers to send him back home.  With no help from Strange.

Clea’s actually the main hero in these issues!

Creators: Roy Thomas & Dann Thomas, Jackson Guice
Grade: B-.  The Thomases are doing a good job with a character who is notoriously hard to write for.  Bonus points for the feminism! 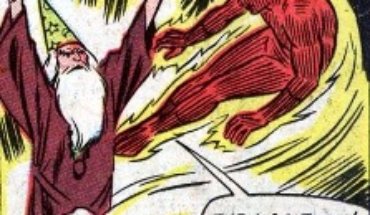 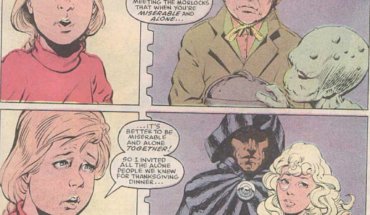 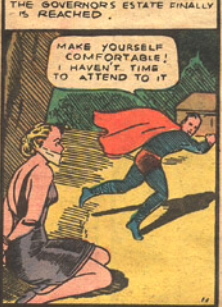 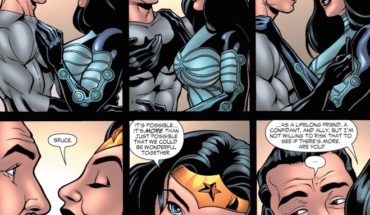