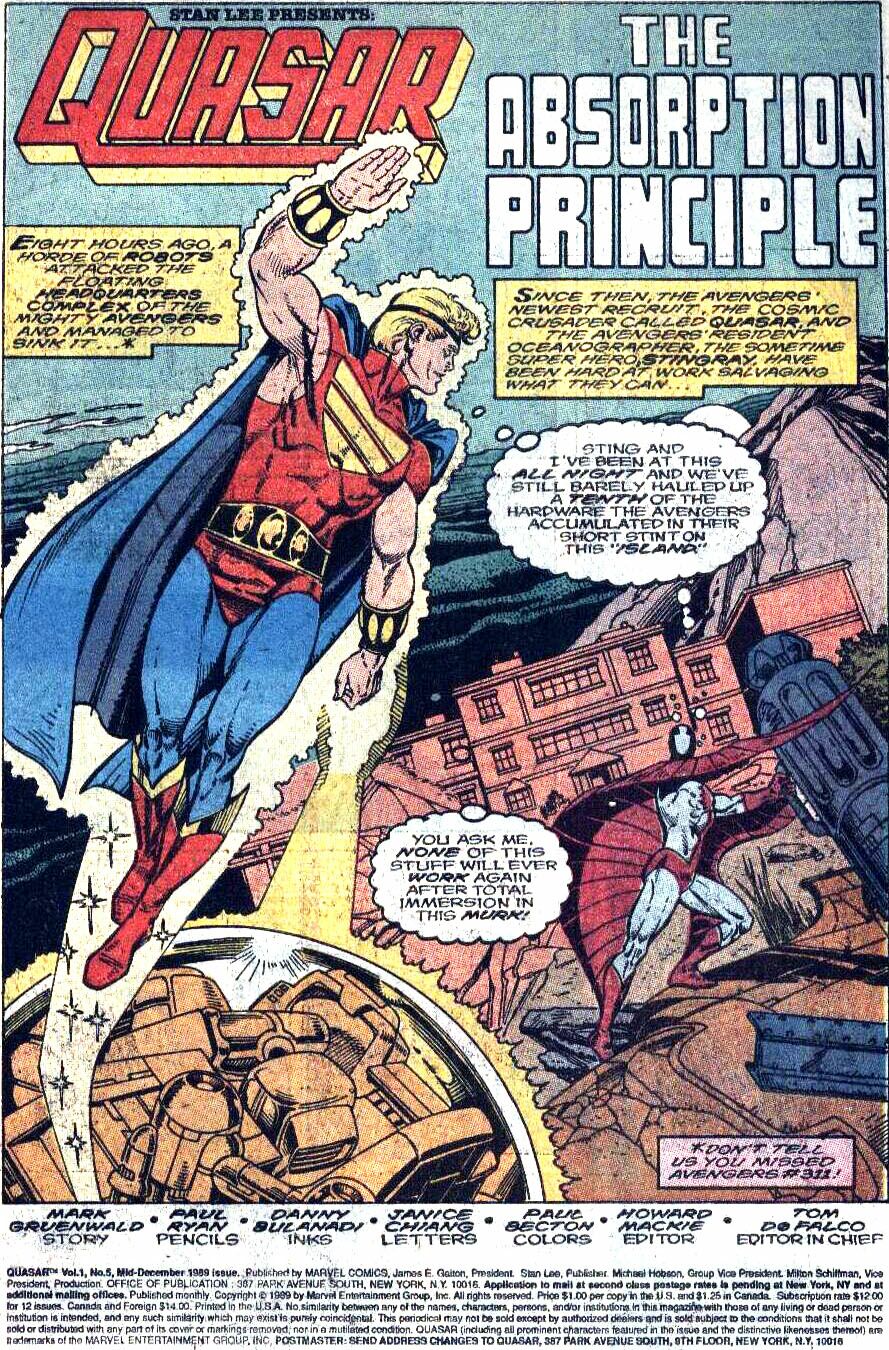 Quasar’s first involvement with the AofV event was in the pages of Avengers #311, when he and Stingray failed to defend Avengers Hydrobase, which was sunk by the end of the issue. 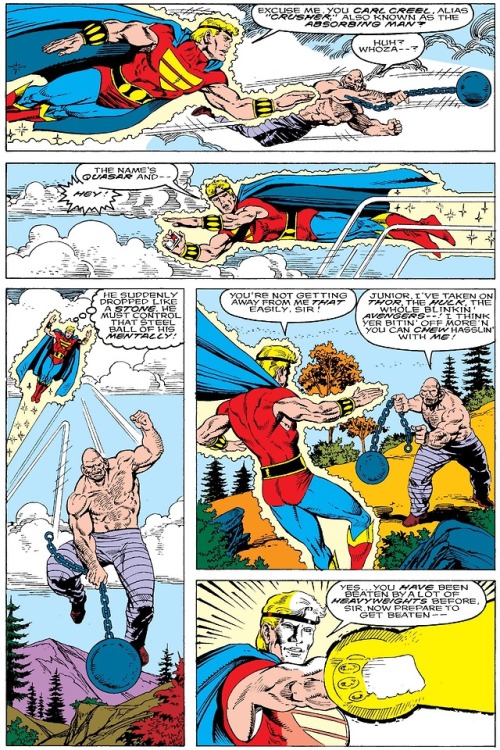 This issue picks up right where that one left off, with some clean up, and then Absorbing Man returns.  Last time we saw him, Hulk (issue #348) smashed him into little pieces, and since then, the pieces have slowly been gathering to reform.

Green Lantern vs. Absorbing Man shouldn’t be a tough fight—it should have ended when Quasar stuck him in the bubble, above, but Crusher Creel escapes and Quasar—stupidly—lets him get close enough to touch his Nega-Bands and… 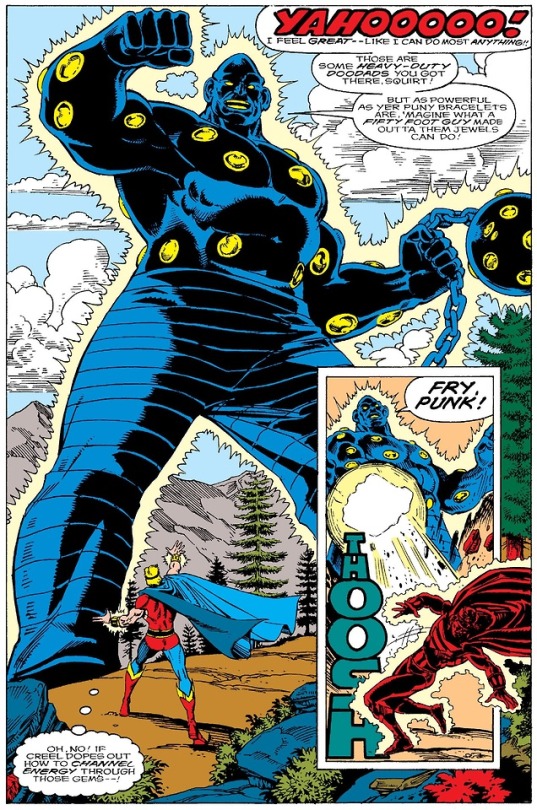 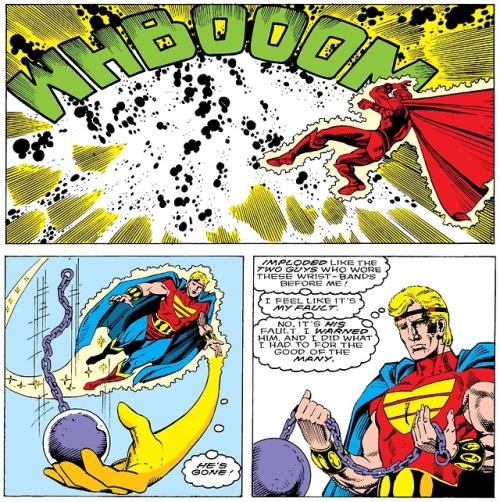 Then he can’t handle the power and literally explodes. 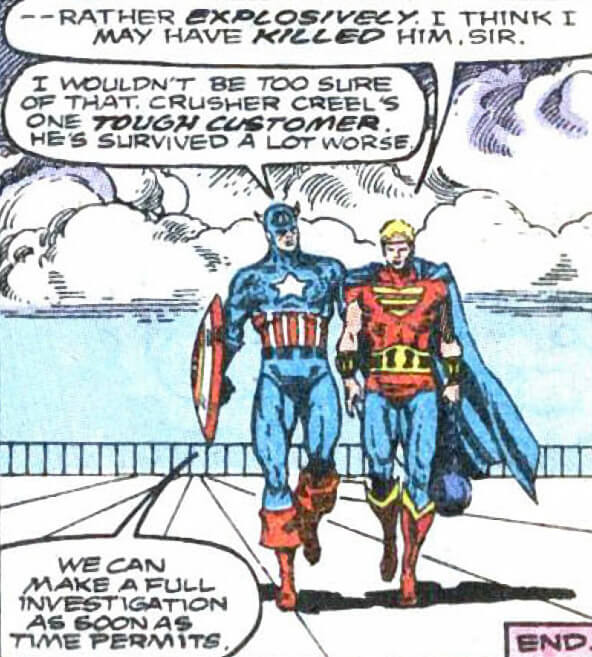 Quasar’s a bit sad about killing him, but Cap reminds him that literally EVERY TIME Absorbing Man fights, he gets dispersed all over the place, so no biggie.

You’d think they’d do something to prevent his return, but I guess he’s just not seen as a big threat.