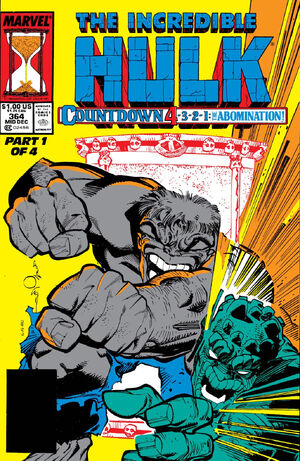 Look!  Walt Simonson did the cover!

While everyone else was engaged in “Acts of Vengeance” fighting other peoples’ villains, Hulk takes on his own rogues gallery.  At this point, he’s been fired as Joe Fixit, so he’s kind of wandering—a perfect time for some punchy punch issues. 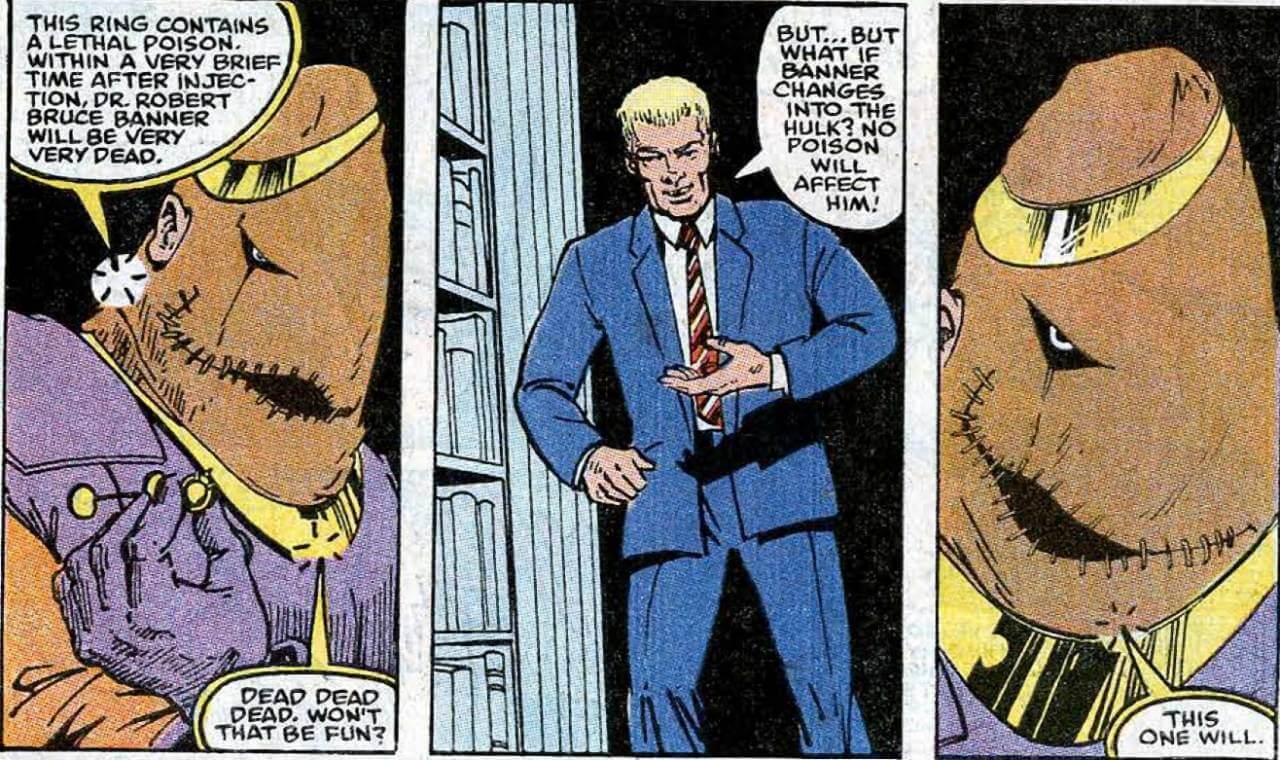 First, that guy who said he wasn’t just a janitor last issue is now seen talking to himself—only his other “self” is a potato-looking dude.  We don’t know he’s Leader’s brother yet, but now we know he’s a schizophrenic villain named Madman who is going to try to poison Bruce Banner to kill Hulk.

When he pats Bruce on the back to place the poison, a countdown clock appears in the lower right corner of the panel—and that clock will keep ticking down for all four parts of this story.

Neat!  And never done before in a comic!

Then Abomination shows up and we get that big fight promised on the cover.  Not!

Turns out, the poison prevents Banner from changing.  But that, too, is a fake-out because Abomination really wants to fight Hulk so he throws him into a gamma radiation chamber and out comes gray Hulk.

Hulk is losing the fight due to the poison, but he throws acid over Abomination and literally dissolves him. 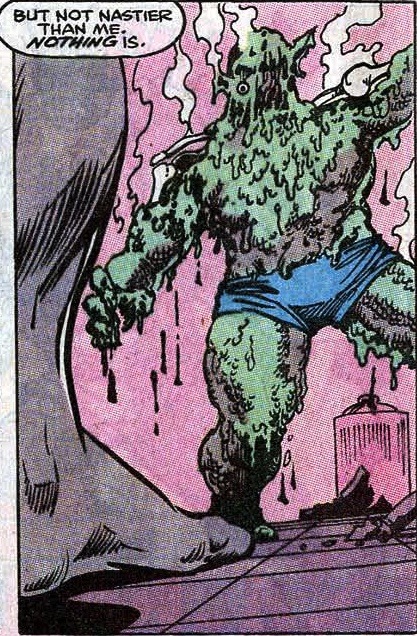 Turns out, Leader is aware that his brother is trying to kill Hulk, and Leader wants to kill him first—so sibling rivalry is going to play out at Hulk’s expense.  Great narrative device. 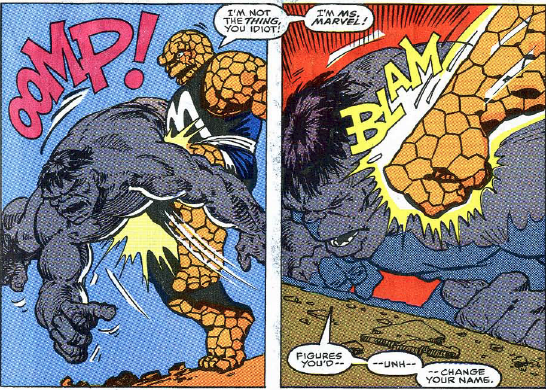 Next, it’s a fresh take on the classic Hulk/Thing fights as Hulk takes on not Thing but Sharon Ventura. 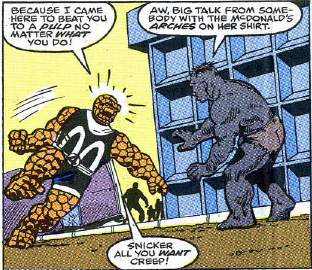 Hulk is very, very funny in these issues.

Ultimately, Mr. Fantastic and Ben Grimm (who is cured of being Thing at this point in continuity) join the fight as well, and after some action sequences, they subdue him. 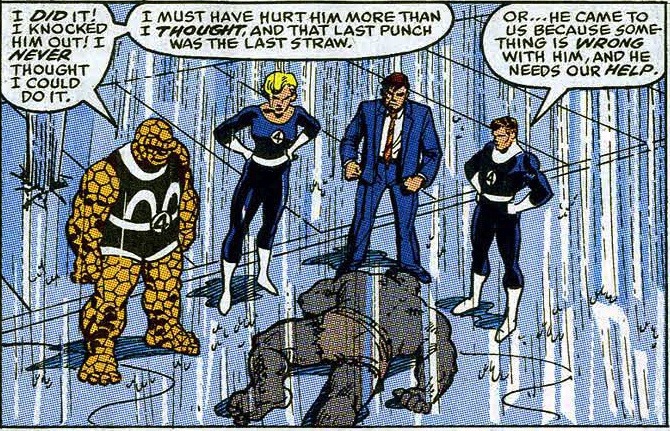 When wakes up, Hulk tells Reed Richards that he’s dying from poison.  Then he and Ben go to a bar while Reed tries to figure out a cure.  It’s a great character scene that ends when Hulk decides to go find out who hired Abomination to attack him.

After a brief fight with Doc Samson, Hulk starts to torture Abomination for info when Leader decides to reveal himself.  Next, it’s a bunch of fights against all the new villains Peter David introduced in the past 20-odd issues until… 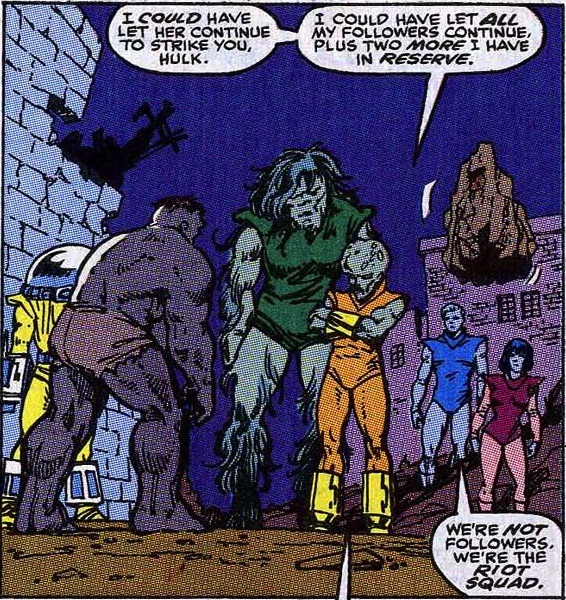 …the two form an uneasy alliance.

Then, it’s on to the grand finale. 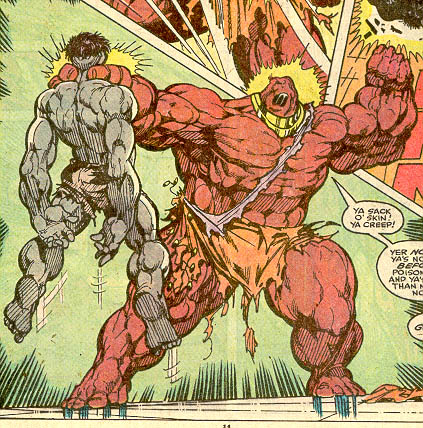 Hulk finally takes on Madman.  But by this point, Hulk is so sick from poison that he wins by brains—not brawn.  He injects Madman with the same poison, so Madman has to reveal the cure! 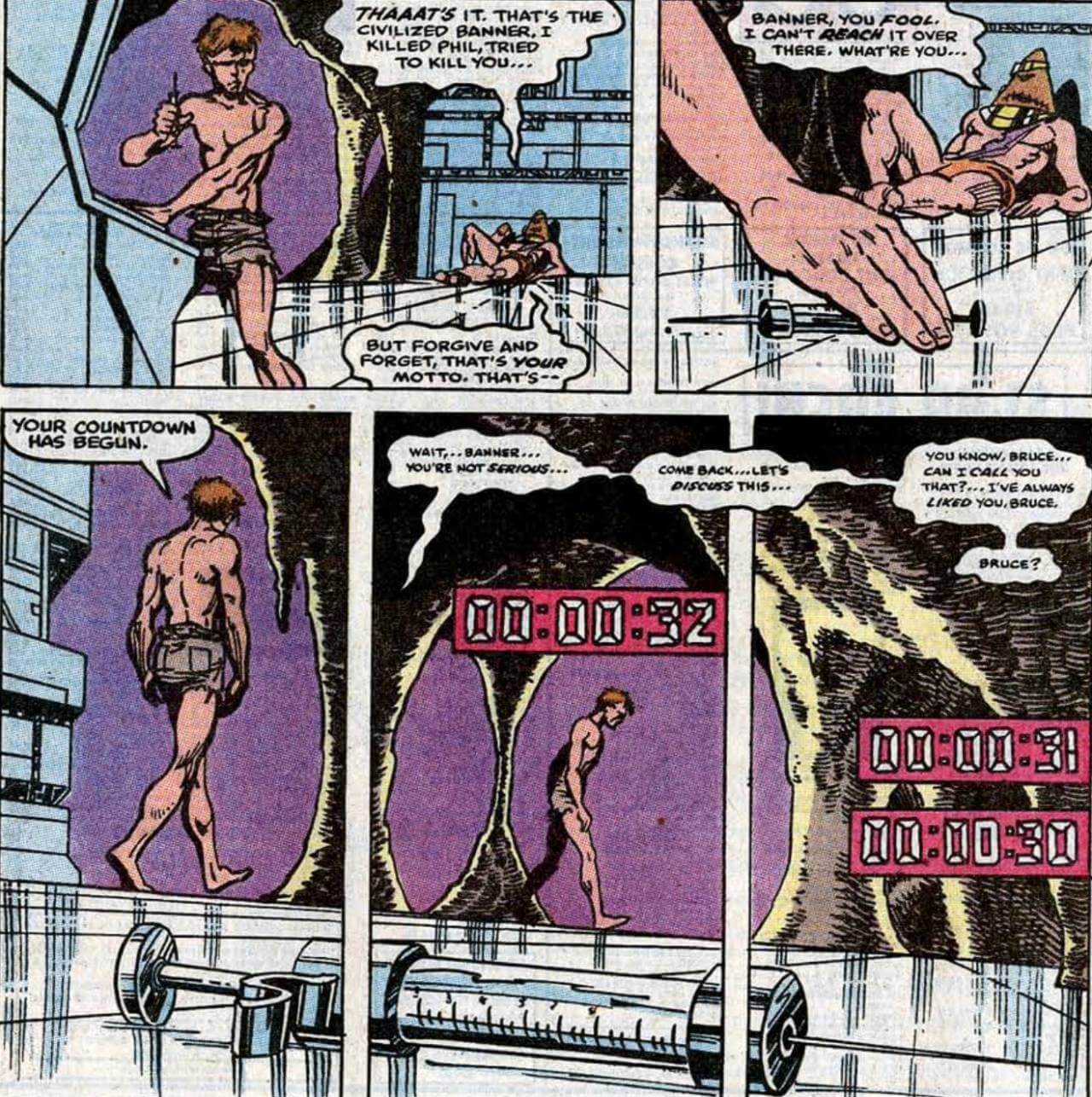 Which leads to this badass ending, where Banner takes the cure and leaves Madman to die from his own poison, saying “the countdown has begun.”

This is truly the high-water mark for comics.  Lots of great character work, humor, action—everything is here.  Absolute perfection. 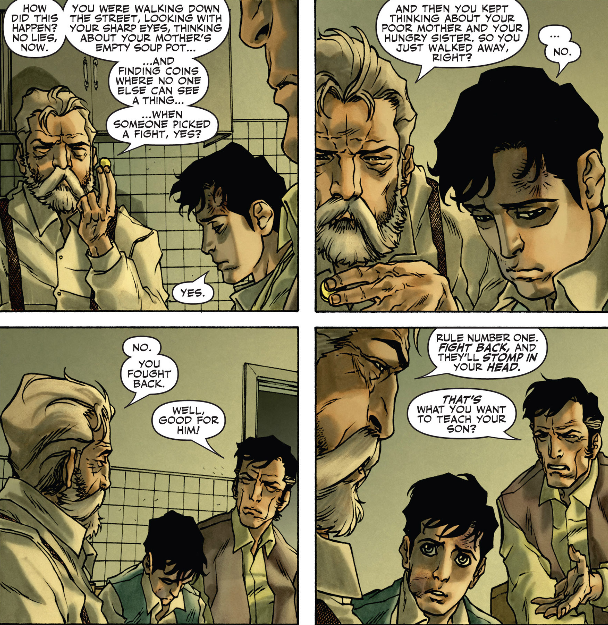 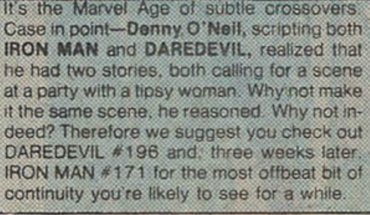