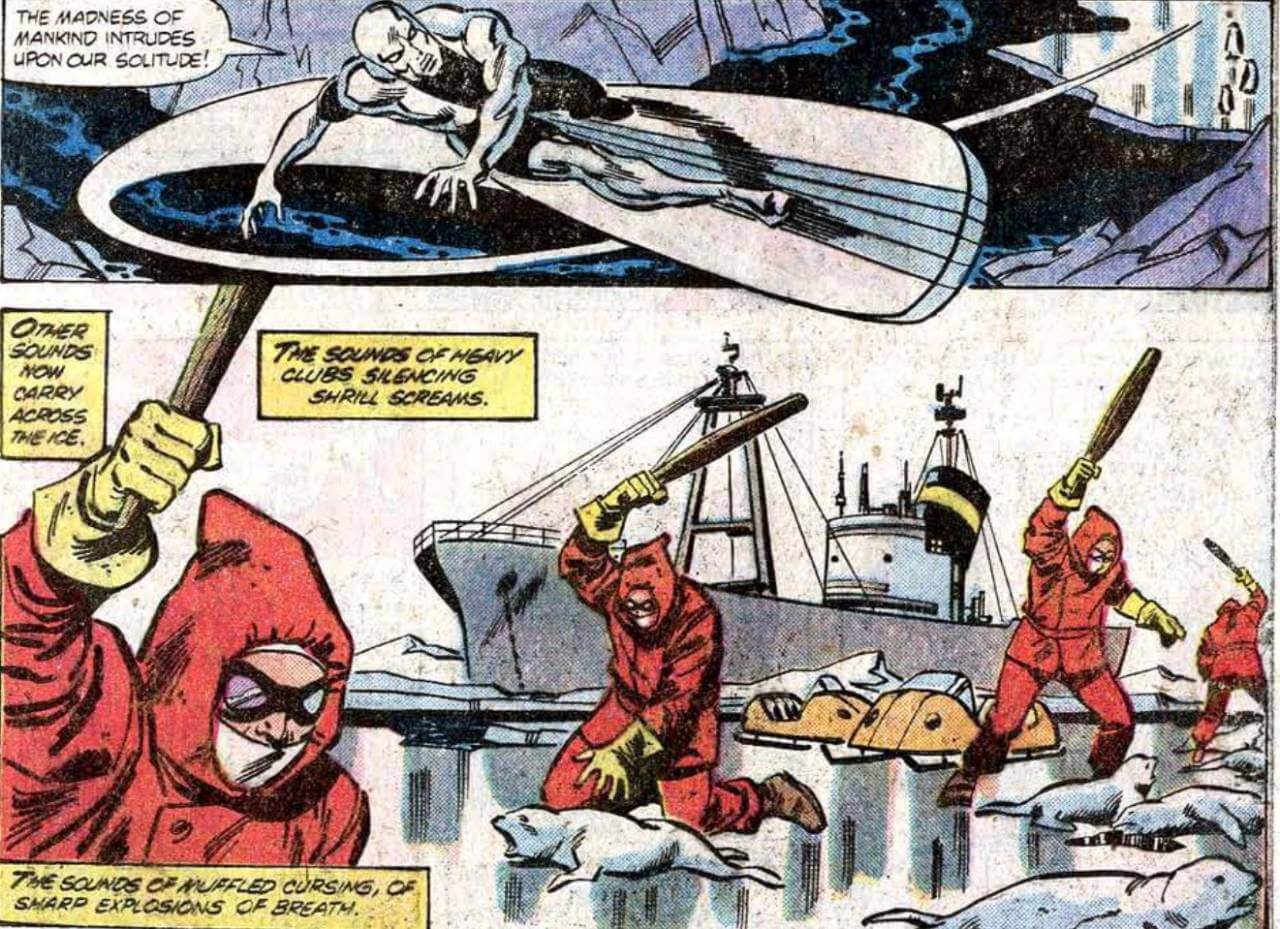 Look how sad the seals are being clubbed!  No wonder Silver Surfer hates us!

This one is fairly straightforward, but it’s a solid 250th anniversary, oversized issue. It could have easily been an annual—it’s self-contained, has a big name guest star, and doesn’t really move the ball forward, but it’s a fun read.

Silver Surfer is a good foil for Hulk—they’re both trapped and unhappy most of the time, and they both think humans are basically assholes. in this one, Silver Surfer is whining about the Galactus barrier that stops him from leaving Earth, so he flies up to test it again and of course bonks right into it. But he notices that there are Gamma Rays in the atmosphere, which makes him think of Hulk, and he has a thought: If he can absorb enough Gamma energy, maybe he can get the strength to burst the atmosphere—especially since Gamma appears to turn anger into strength.

You see where this is going, right? 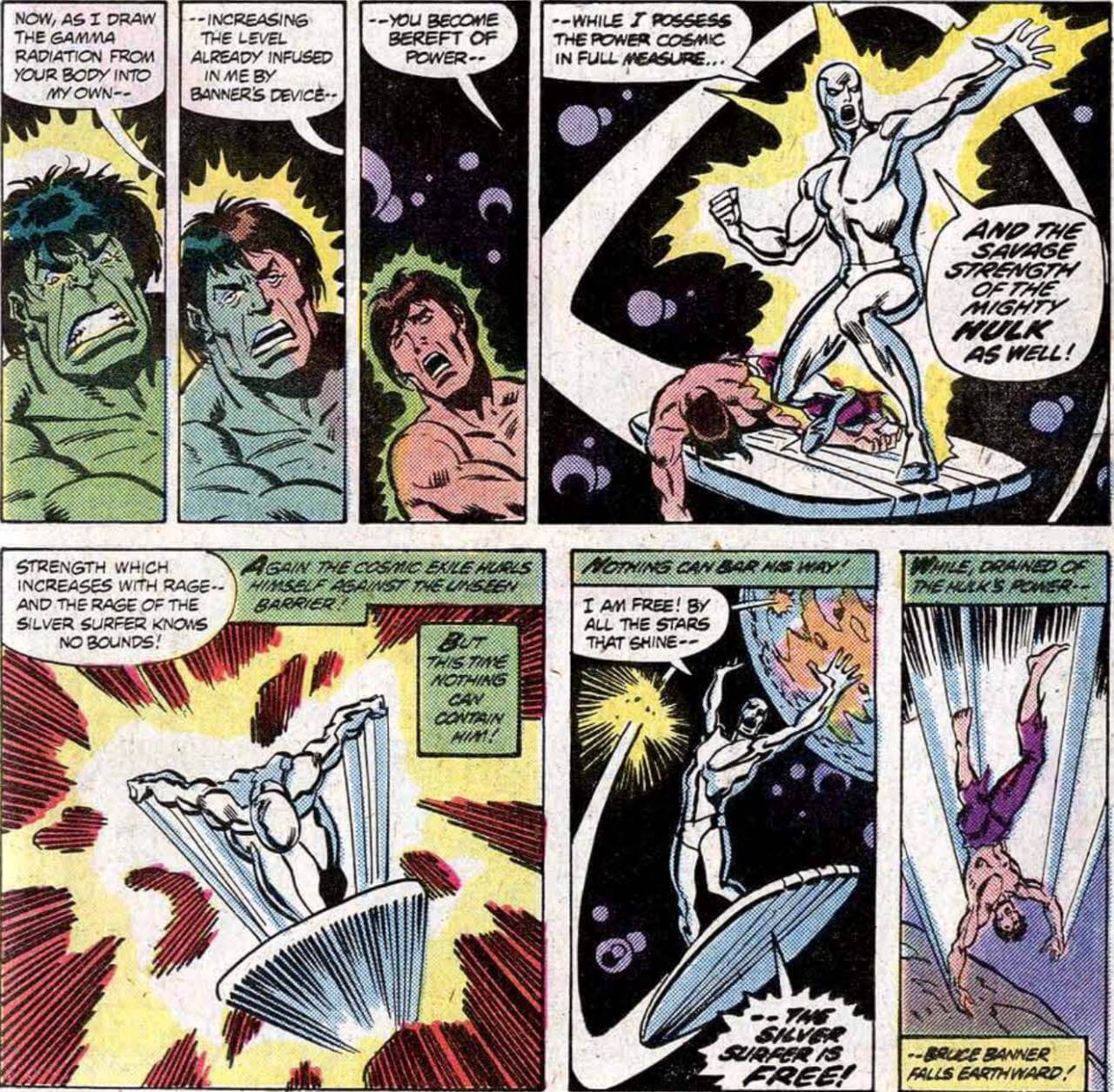 So Surfer takes Hulk up to the barrier, absorbs his energy, and he’s successful! He breaks through! But Banner—now stripped of his Hulk side, is falling back to Earth and will surely die. So, Surfer voluntarily flies back to Earth (the barrier is one-way, apparently) and rescues him, then flies off angry and trapped once again.

See? They’re perfect foils for each other.

This issue is also part of Hulk’s “world tour,” so we meet Sabra, Collective Man and Arabian Knight.